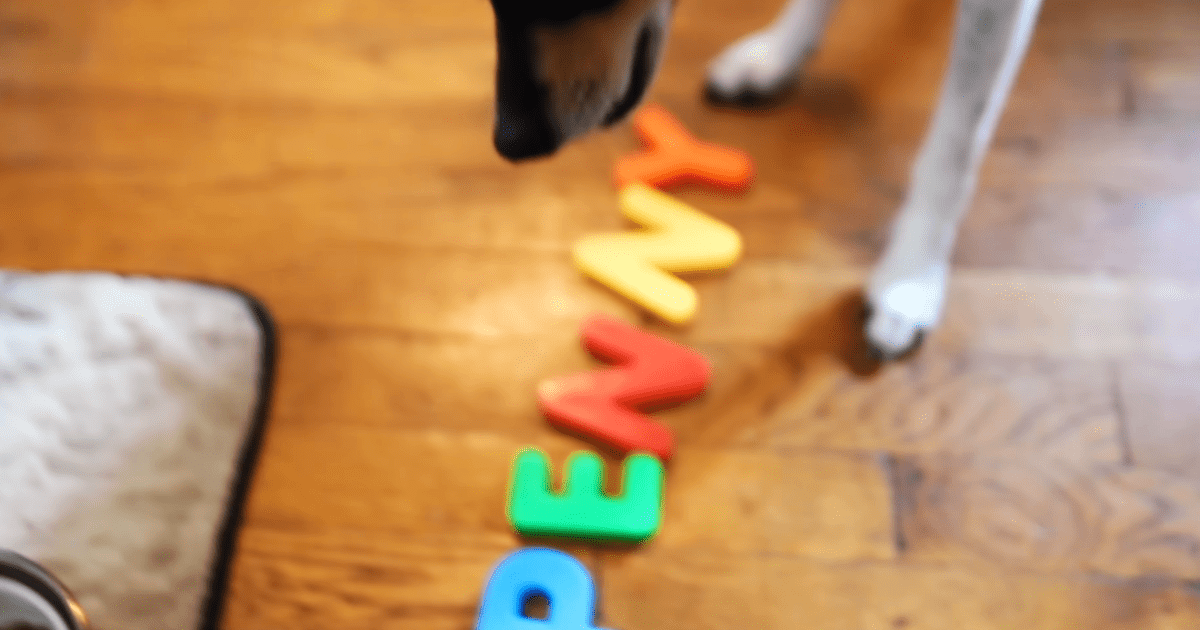 An absolutely adorable and super smart little dog named Penny very cleverly spelled out her own name with plastic alphabet letters with a little help from Mom.

Penny’s intelligence is impressive. This isn’t random happenstance. This adorable dog is picking out the letters for her name IN ORDER. That’s definitely not chance as you’ll see in the video below.

Before she found her forever home, Penny the puppy was wandering the streets alone. She was taken into a shelter, but she bounced from family to family. It is hard when puppies are adopted and returned to the shelter.

One day at the shelter, Leonora Anzaldua fell in love with Penny, and Penny knew Leonora was her forever person, too. Leonora knows the importance of keeping a clever puppy like Penny mentally stimulated so she wouldn’t take to destructive activities to entertain herself.

Her mom played with Penny and taught her many doggie commands. It was quickly obvious how clever little Penny the puppy was.

Quickly, Penny learned to sit and by the time she was 8 months old she had already mastered all the typical dog tricks and even a few more.

Her mom decided to start really challenging little Penny. With some block letters, Leonore decided to see if Penny could recognize the shapes. Penny mastered this, too. Now she even spells out her name. While she didn’t get the order of the letters quite right, her choice of letters was perfect.

Watch this video to see clever Penny the puppy as she spells out her name. That last letter is a doozy, but she did it! This shows memory skills, at least. She can also distinguish between one and two, apparently. She is a clever dog!

If you liked Penny, please share her video her video. She would like to be your friend, too.