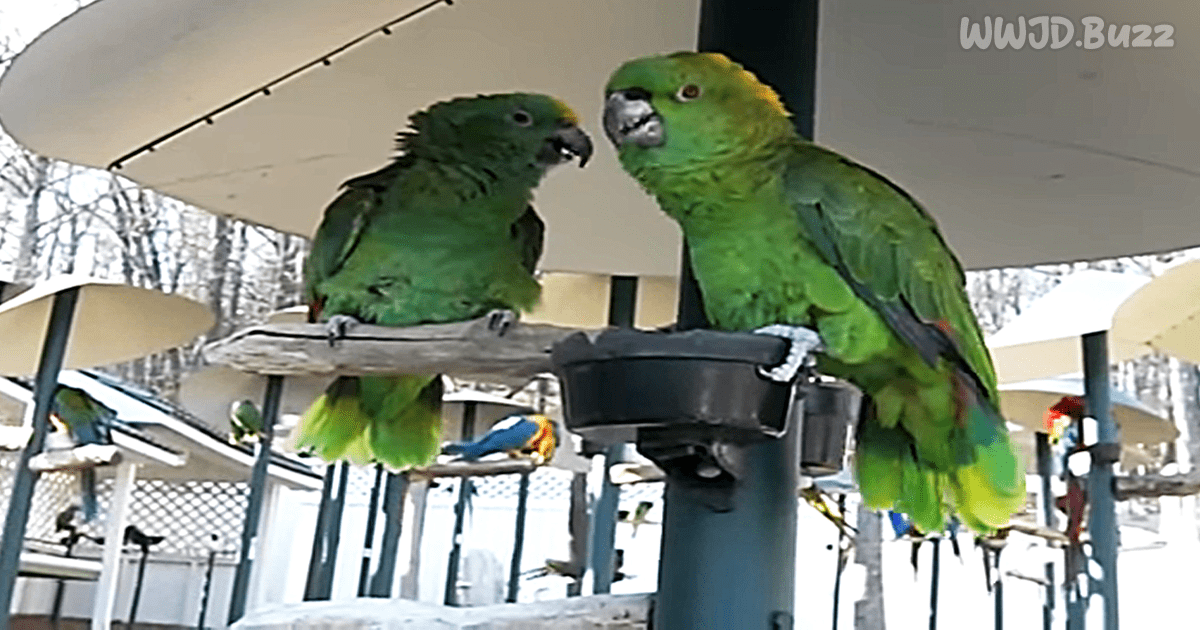 Parrots are notorious for being incredibly smart and the two parrot pals you’re about to watch are no exception.

There are lots of jokes about married couples. One of the most famous is probably about how we argue over trivial things. Well, the adorable parrots featured in the video below might not be a married couple, but they really know how to fight like one, or rather imitate one.

These Yellow-Naped Amazon Parrots are from the Parrot Mountain in Gatlinburg, Tennessee. They probably get visited by a ton of people every day and they might have picked up some words from the visitors. But the way they put those words to use is hilarious, to say the least!

Sometimes people forget that parrots can pick up on their language and vocabulary quite quickly. They really should be careful what they say around these birds. Well, the same goes for what you say around people, too!

Both of them start talking, but it looks like neither of them is listening to what the other has to say! I wonder how many arguments they’ve heard while sitting on their perch, getting hundreds of visitors in a day sometimes. Those parrots are all ears… and mouth!

They have clearly learned a thing or two from someone, and they are really showing off their arguing skills in this clip. I think if I went to visit them, I would just keep my mouth shut so they couldn’t copy me.

Now if that video above is not proof that parrots are equally crazy as they are lovable, here’s one last chuckle before you go: