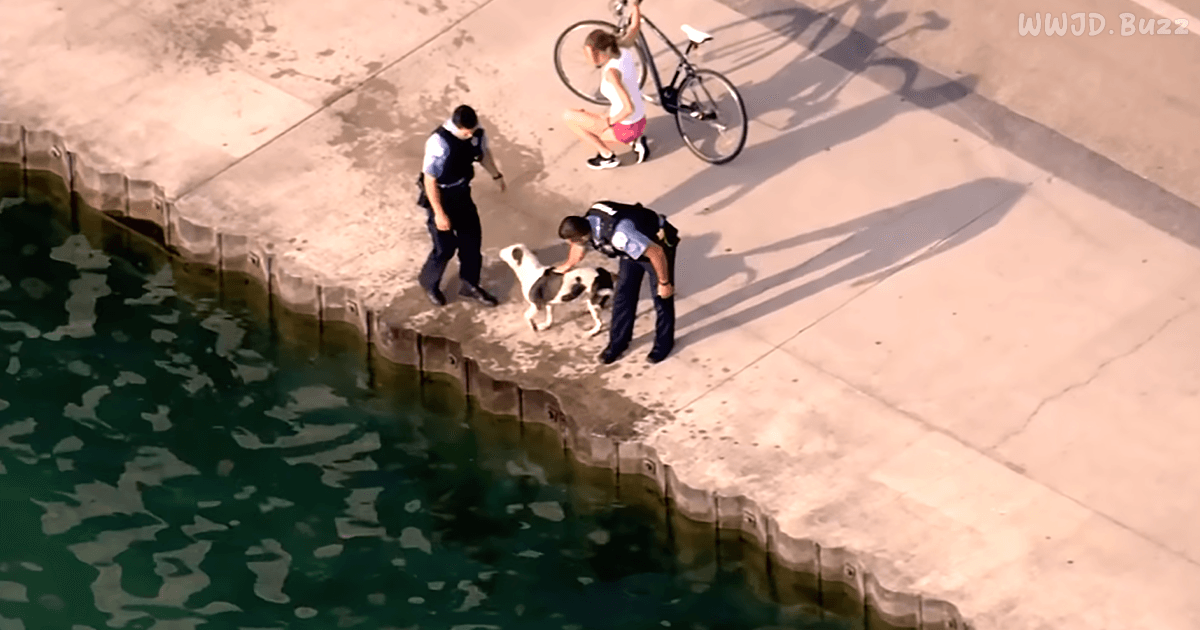 Rookie cop Juan Farris was just six weeks out of the police academy when he was among the officers summoned to the scene of an early morning traffic accident on Lake Shore Drive in Chicago. He made the news, but not for the accident.

Instead, a local TV station’s helicopter captured footage of him rescuing a dog from Lake Michigan. The dog, a mostly white pit bull, was running frantically along a nearby bike path. He was thirsty, trying to lap up some water from the lake, but the distance from the sidewalk to the water was too large for him.

“He just kept running back and forth, was pretty excited.” Farris also recalled that the dog, who weighed a good 50 pounds or so, “kept trying to get water out of the lake and fell into the lake. I heard the splash. Once I heard, I turned around; I saw him swimming, just went over there and grabbed him. I was hoping he didn’t get too far because it would’ve been quite the battle if I had to jump in.”

Unless the dog, who wasn’t such a great swimmer, somehow made it to a nearby beach, he might not have been able to get out of the water on his own. Farris and his fellow officers at first thought the dog might have escaped from one of the vehicles involved in the traffic accident, but that turned out not to be the case.

The dog was friendly and well behaved but had no collar or microchip. Police were eventually able to locate Boogie’s owners — they lived on the other side of town and how the dog ended up by the lake was a total mystery.

Before they were located, though, Farris had thought he might want to adopt the dog whose life he’d saved. A local shelter offered to waive the adoption fee if he found a different canine companion among their pooches. Check out the dramatic video!