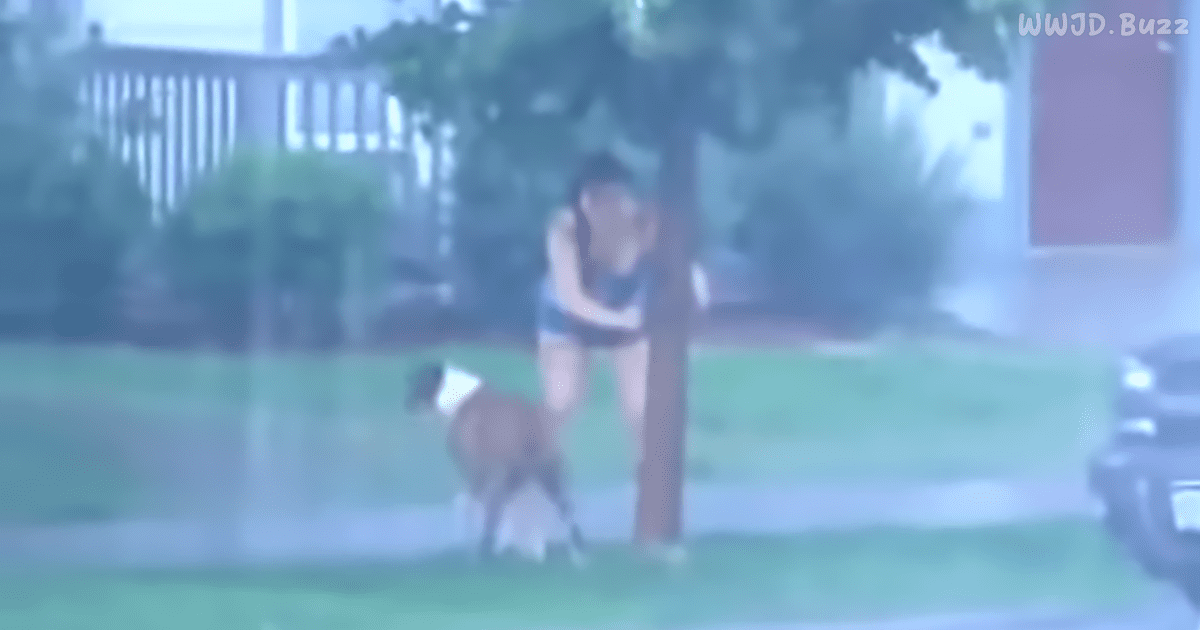 One of the most fearsome experiences that a dog can ever get to live through is a thunderstorm. Though not many pet parents know it, their pet’s special and amazing sense of hearing can make them very sensitive to thunder, and since they mostly do not understand the situation, all they perceive is loud noises coming from all directions, so it’s natural that they feel completely panicked.

The video below shows a case of a doggy suffering from this exact situation. He was tied to a tree and left to his own luck when a thunderstorm hit Denver, Colorado. The dog was completely helpless and terrified. You can only imagine; if thunderstorms are awful for dogs when they’re indoors, how awful must it be for a dog to be outside during such bad conditions. It was irresponsible and cruel from his owner to live him on his own like that.

Luckily, a neighbor from around realized that the dog was there when she was looking at the storm from her home. Instead of ignoring him or just reporting the dog to the authorities, she herself went to his aid to untie him and give him the help that he needed.