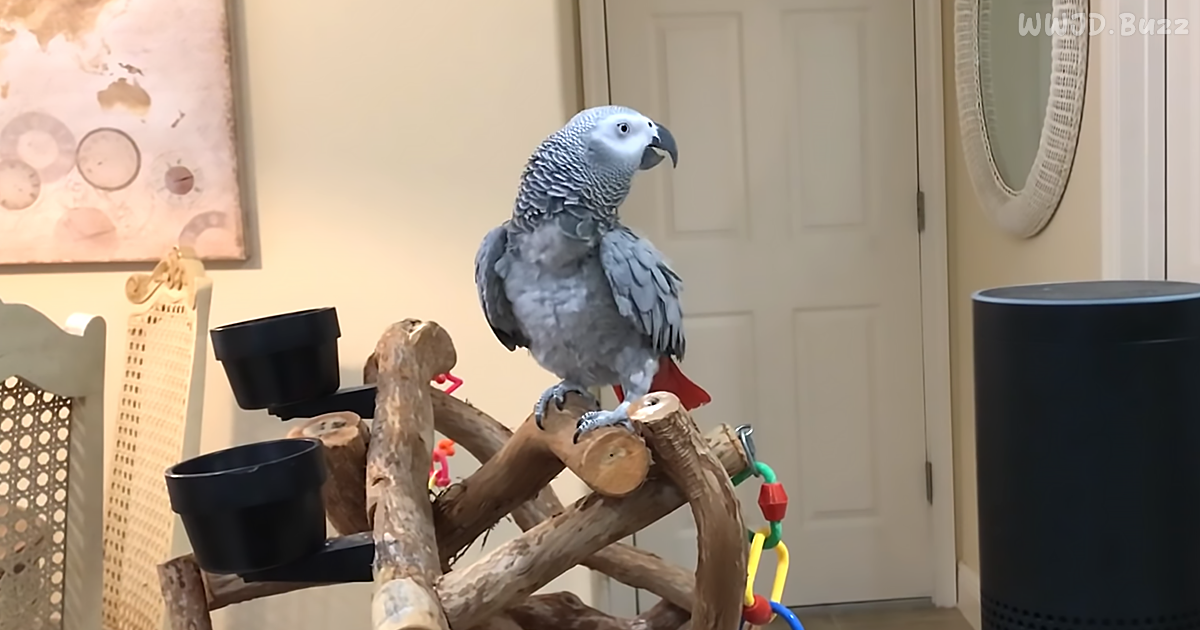 Watch as this adorable parrot asks Alexa to switch the lights off and then seeks to engage her in conversation. After his first attempt fails, he even dismounts his perch and goes in for a closer chat.

The parents of this African grey parrot named Petra will be glad that Alexa can’t understand birdsong after their lovable pet tried to engage it in conversation on this cute video. It’s impossible to know exactly what the bird might have asked the Amazon Echo for but given the company’s recent purchase of Wholefoods an order of nuts and fruit might have racked up a pretty hefty bill.

The video begins with the adorable parrot asking Alexa to turn off the lights, which she does, leading the friendly bird to try and engage Alexa in its own language.

When Alexa fails to respond to his initial chirp, the affable parrot dismounts his perch and comes closer for another go. Alas, this second attempt also failed, but it’s impossible not to fall in love with his attempts at being sociable.

The African grey parrot, also known as the Congo grey parrot or grey parrot, is a friendly species of parrot that can mimic the sounds that it hears. They’re renowned for being one of the most intelligent birds in the world – earning them the nickname ‘the Einsteins of the bird world’. This has made them a popular pet and a star of many YouTube classics.