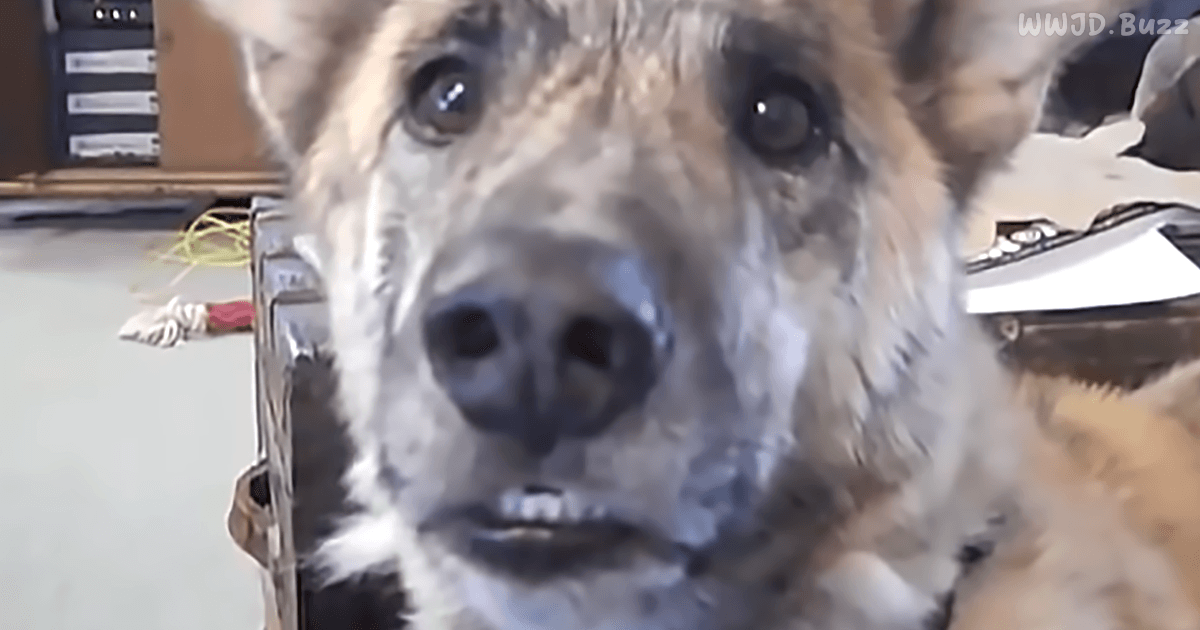 Dogs are one of the best things in the world. They are a great addition to your family, and they give you lots of happiness and love. If you are a pet owner, you probably have a habit of talking to them. We know they are not going to be able to reply, but we still can’t stop ourselves from starting a conversation.

For example, take this clip featured below. Dad tells his dog that he ate all the food in the fridge. Now we all know how much dogs love food, but when I saw what this pup did in response, I couldn’t hold back my laughter. The folks at Talking Animals did a voice-over on the original video, and it is pure gold. The audio and the video both go really well together!

This dog obviously loves his snacks, and his dad is torturing him by making a long list of all the yummy food he ate from the fridge that he didn’t share with his pooch. It’s hilarious!

These two men did a voice-over of the dog’s reactions to what his human was saying. This dog’s eyes and ears are so expressive! The voice-over is just perfect and hilarious.

When the dad says he ate all the maple bacon, the dog’s “reaction” to his comment is so funny. You have to see this for yourself. You’ve earned a good laugh today.