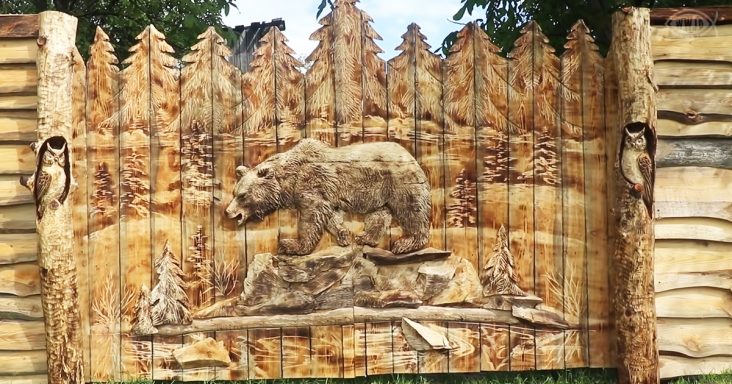 When you are setting up a gate on your property, there are probably a few essential keys that you want to get right – it should protect the property and be functional.

But for the wood carver on the popular YouTube channel Vlad Carving, building a wooden gate is the opportunity to create a fantastic work of art, which is exactly what he set out to do.

As he has done for many of his previous projects, the carver focused on style, size, and realism. He also relied on his trusty chainsaw to complete the majority of the work. 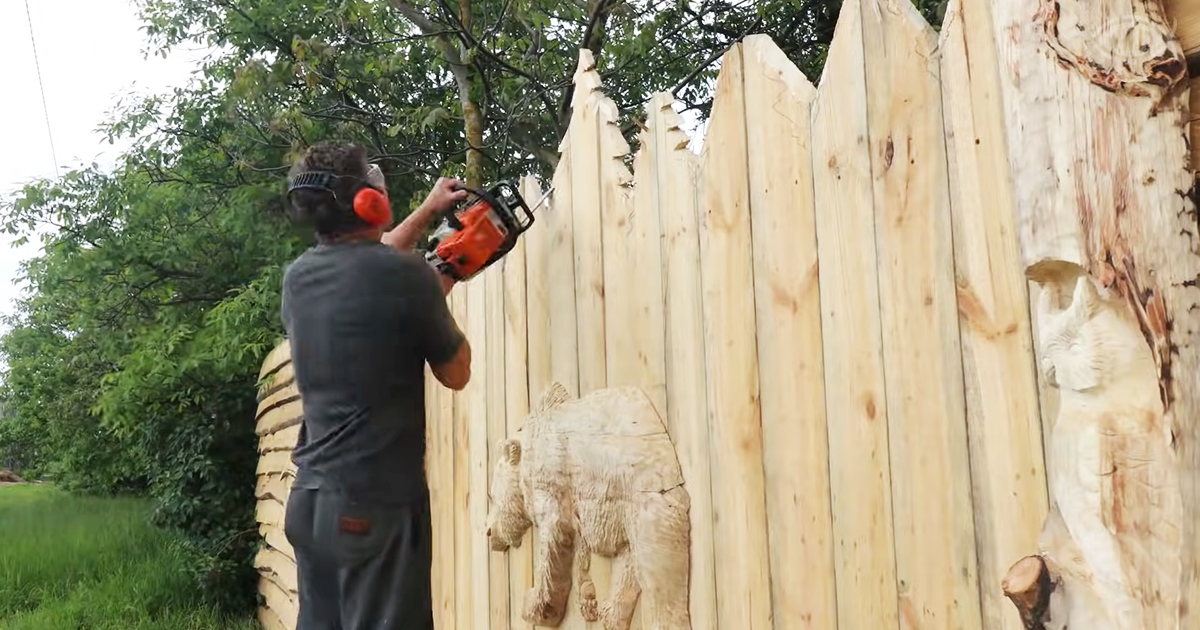 After setting up the fence itself, the carver sketched out the picture of a grizzly bear into a large mass of wood. He then used his chainsaw to cut the design into the wood.

Although he primarily works alone, this time, a few unexpected visitors joined him. Several young ducklings waddled up to him during the project to evaluate his progress and take a few nibbles at his shirt.

After finishing the bear, he bolted it onto the gate so that it became the centerpiece. It was then time to build a beautiful and elaborate world around his newest creation.

He created owls on either side and cut the planks to look like trees. He then deployed a clever technique. He burned images of trees and water into the wood using a small device, completing his masterwork. 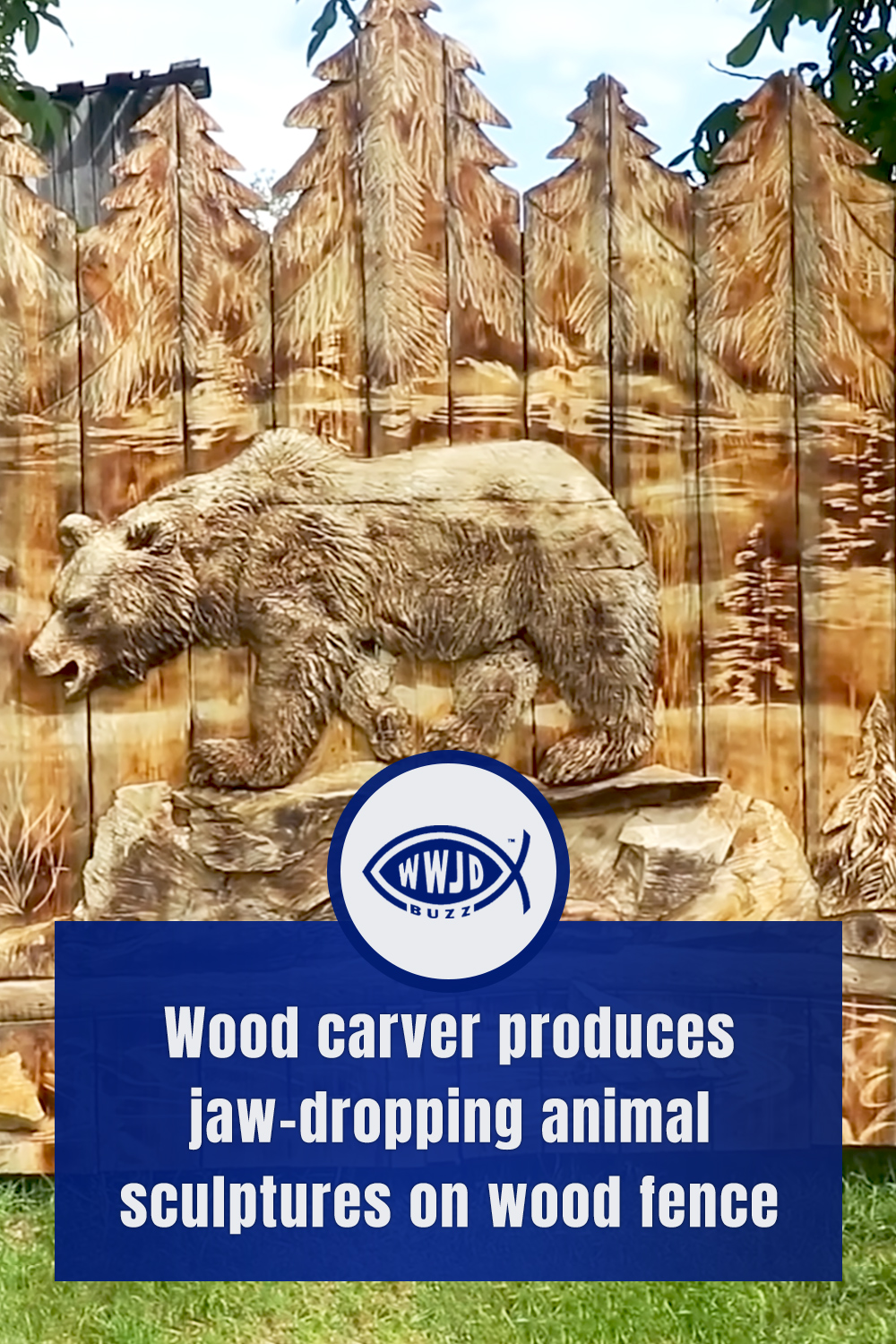