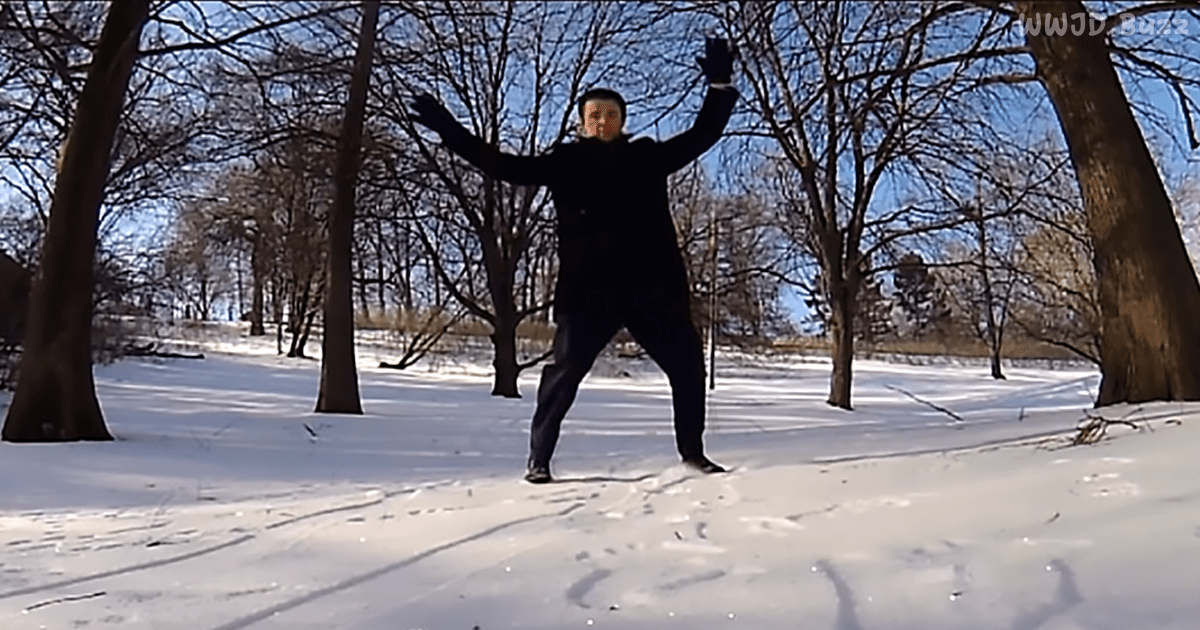 Watching the weather report is often a necessary but tedious pursuit, especially in times of extreme weather.

Bob Herzog, the “Traffic Man,” in Cincinnati has made the bearer of bad news into a hilarious parody.

In his report of a particularly bad winter weather day, he sings “Just Don’t Go” to the very popular tune of Idina Menzel’s hit song “Let It Go.”

Cleverly the words of his song illustrate to his viewers all of the perils of the stormy day.

But Bob is not content with just singing the report, he adds video to support his message. The weather map turns red with warnings. Cars slip and slide out of control. People collapse on the icy walkways.

There are even some shots of Bob outside trying to cope with the adverse conditions.

Despite the serious nature of his message, Bob brings attention to the serious side of the weather, with excellent advice. “Just Don’t Go” Stay at home where you are safe.

Hopefully, his hilarious approach will not only brighten someone’s day but will cause them to heed his critical message.