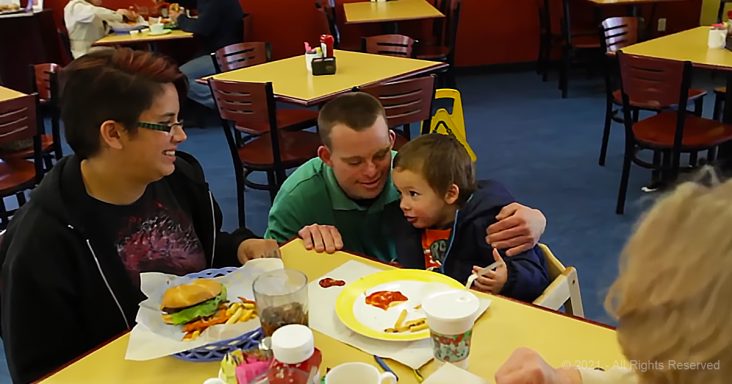 Tim Harris started talking about opening a restaurant when he was 14 years old. His parents knew that he could do it and helped him become the first person with Down Syndrome to own a restaurant in the country.

Tim has a routine. He wakes up at 5:30, showers, completes his routine, and is out of the door by 7:00 to go to work. When he gets to the building, he’s so excited to start his day that he has a dance-off with himself in the parking lot on his way in.

As people stream in to eat, Tim greets them at the door of Tim’s Place in Albuquerque. He’s happy to introduce himself and the restaurant to first-time visitors. Diners around the building can be seen eating sandwiches, salads, burgers, soup, fries, and more. He visits them at their tables, too.

Tim’s restaurant serves more than just food, though. In fact, he said food isn’t even the most important part. “We serve breakfast, lunch, and hugs,” he said. “Hugs are the best part.” The restaurant features a hug counter on the wall.

Outside of owning his restaurant, Tim is also a gold-medal-winning Special Olympics athlete. He’s proud of his accomplishments. “I do not let my disability crush my dreams,” he said. “People with disabilities can do anything they set their minds to. They’re special. We are a gift to the world.”

As far as his family knows, Tim is the only person with Down Syndrome in the country to own their own restaurant. He and his family hope that more people with down syndrome will open their own businesses, too. 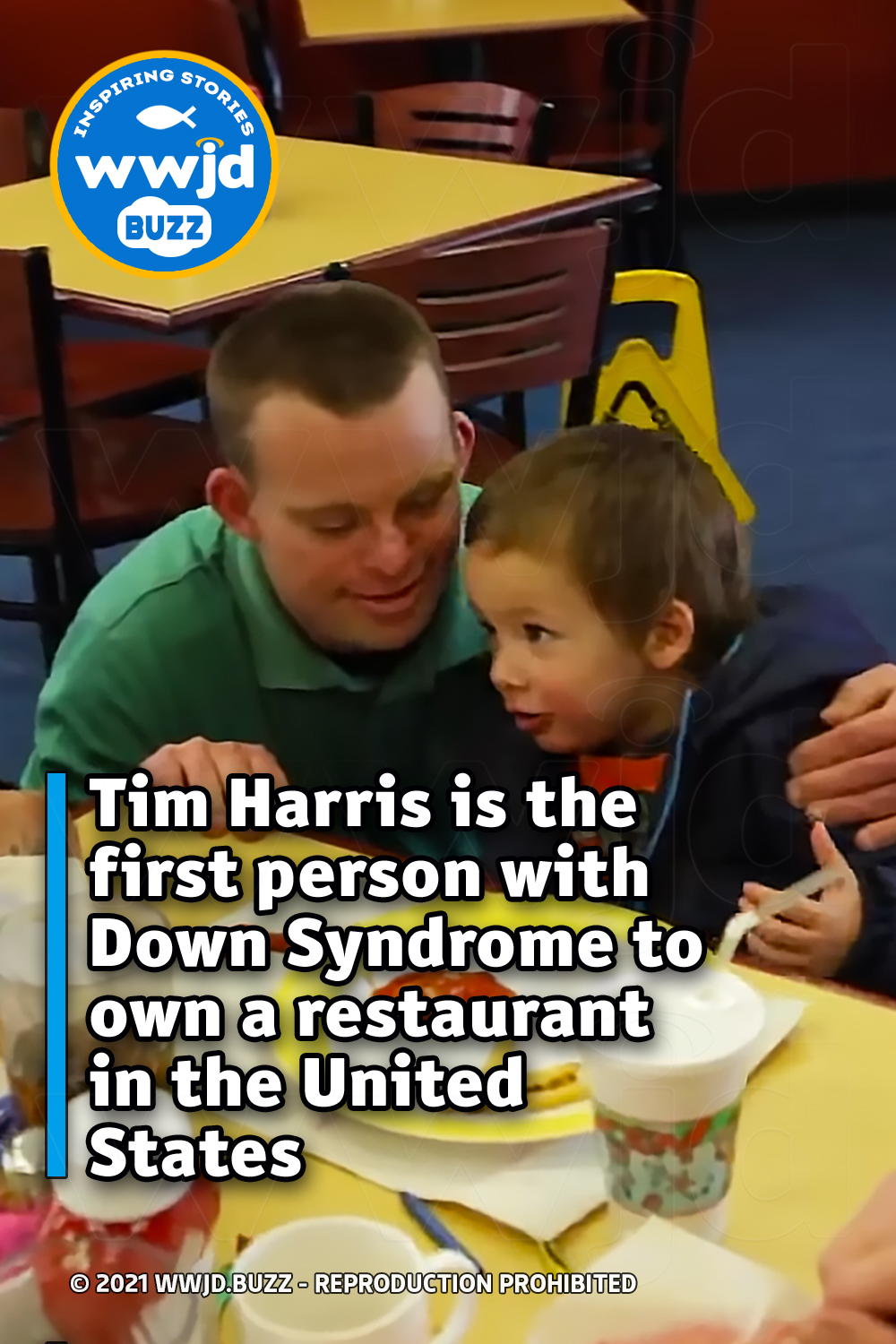