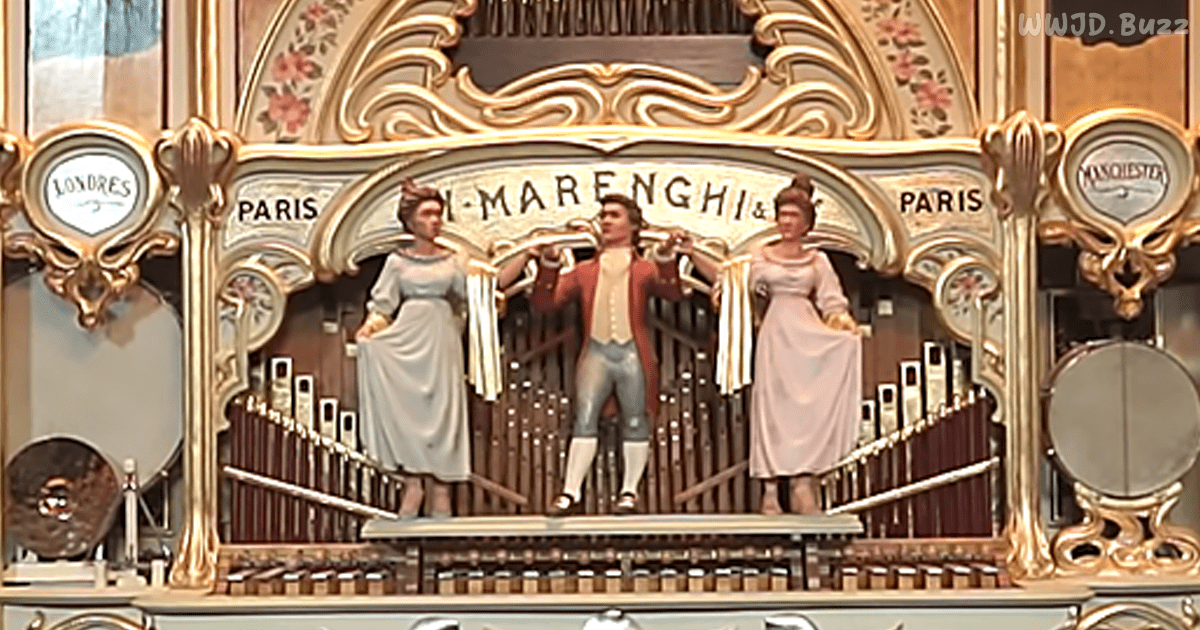 Remember those fun fairground organs the carnies used to play in the 1900s? The period of greatest activity of fairground organ manufacture and development is from the later 1880s through to the introduction of effective electrical sound amplification in the mid-1920s.

A fairground organ is a pipe organ designed for use in a commercial, public fairground setting to provide loud music to accompany fairground rides and attractions, mostly used on merry-go-rounds. Unlike organs intended for indoor use, they are designed to produce a large volume of sound to be heard over and above the noise of crowds of people and fairground machinery.

The organ chassis was typically provided with an ornate and florid decorative case façade designed to be a further fairground attraction in its own right as with all fairground equipment. The ornate case façades frequently had different instruments such as a Glockenspiel or Drums that provide visual entertainment as they played.

There were often ornate human figures such as a conductor whose arm moved in time to the music or women whose arms would strike bells. The mechanics to accomplish this motion were quite intricate and provided a pleasant visual experience in addition to the music. The organs were constructed so as to be able to produce the popular music of the period.

Fairground organs were designed to mimic the musical capabilities of a typical human band. For this reason, they are known as band organs in the US. Watch this video of a 1905 Marenghi organ playing the Queen classic, “Bohemian Rhapsody.” The classic old sounds of the organ put an antiquated spin on the pop classic. You won’t believe how marvelous it sounds, even after all these years!