Kevin was born with a condition preventing him from walking or speaking. He’s enrolling in college eighteen years later.

When Kevin was born, doctors discovered that he had a condition. The connection of his two brain hemispheres never formed. They told his parents he might never walk or talk.

Kevin has never stopped exceeding people’s expectations in the last 18 years! His letter from the University of Tennessee, where he applied for undergraduate enrollment, arrived recently. 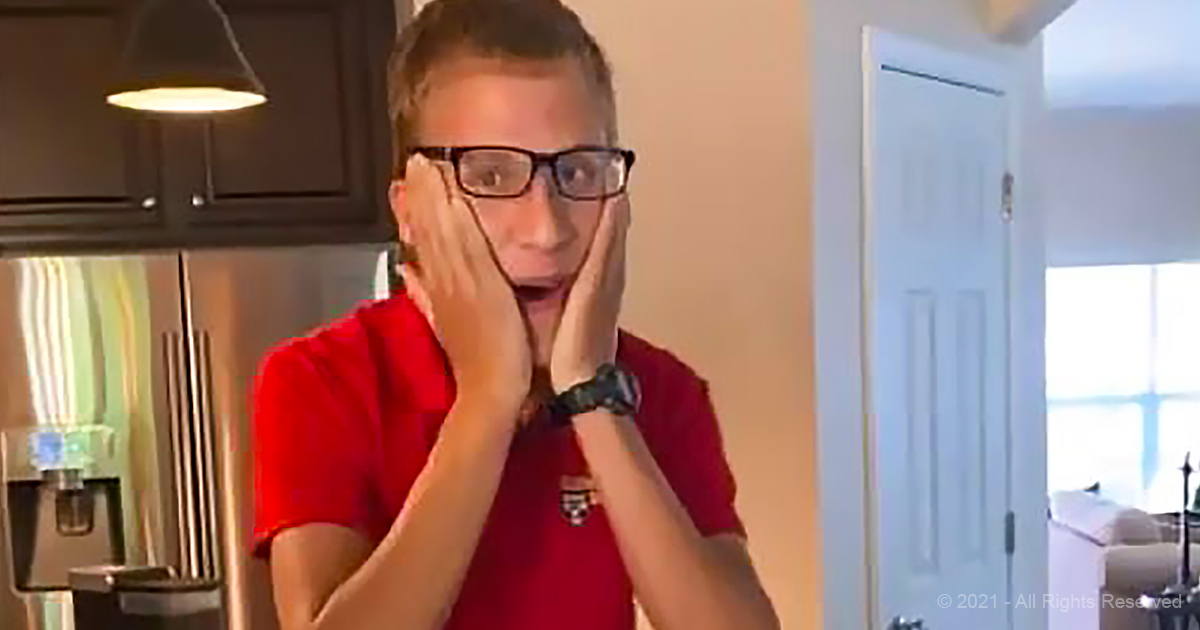 When he opened the card, he discovered he got accepted, and his response was so genuine that it’s melting hearts all over the world!

Special Books by Special Kids, a nonprofit that profiles neurodiverse people in hopes of “creating a more inclusive world,” caught Kevin’s victory on camera and shared it with the world.

For many people, this was a memorable moment because Kevin was a student in the school where the organization began.