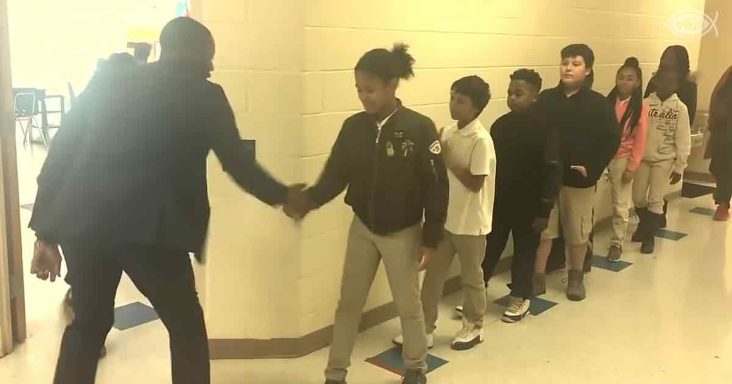 Over the past few years, more people have become aware of the potential pitfalls of the education system. Fortunately, we have people like this man who can make teaching better for their students. 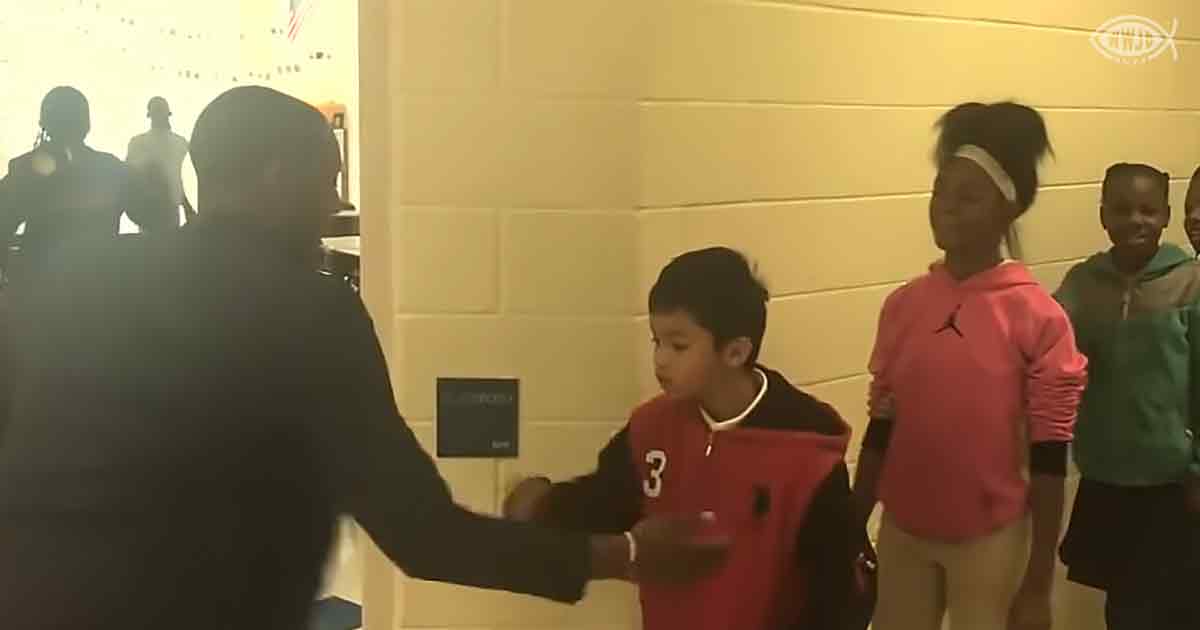 For most classrooms, lining up at the beginning of the day is one of the slowest parts of the day. Most teachers will greet each student as they walk into the room, but this man took things further.

He decided to personalize his greetings with each of his students in a special way. Instead of just greeting them with their names, he created a special handshake for each of the 16 students in his classroom. 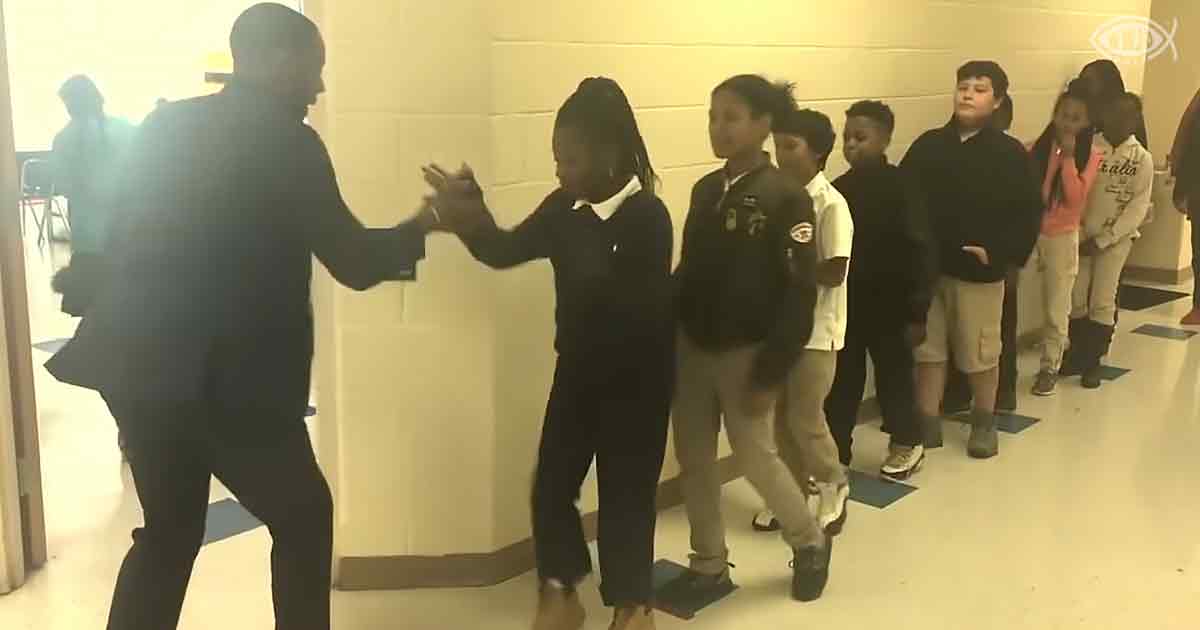 Now, each of his students had a unique way to start the day as they walked into the classroom. The handshakes ranged from simple salutes as they stepped through the door to complicated dance routines.

While none of the young students had the same secret handshake with the teacher, they all had one thing in common: as soon as they approached their teacher, they smiled. 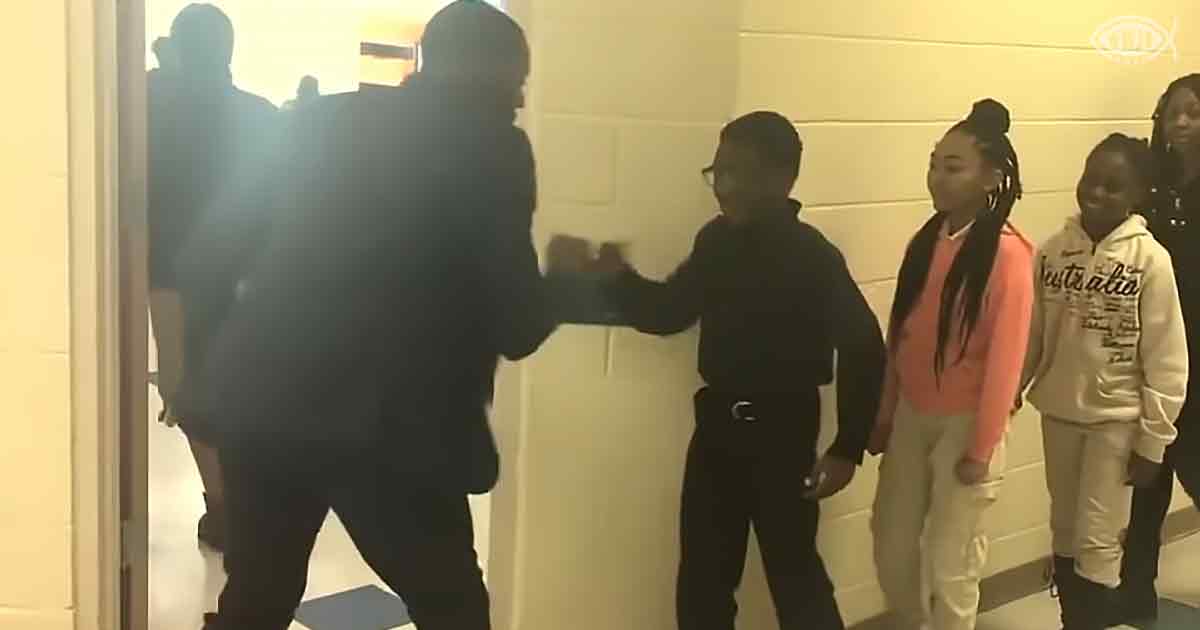 For most people, remembering 16 routines and handshakes would sound like a momentous task, but the teacher did not seem to have any problems, performing each of them just as well as his students.

The funny thing was that the teacher never set out to have handshakes with all of his students. “It was just one or two students and then it became contagious,” he said. “I saw how much it meant to them.” 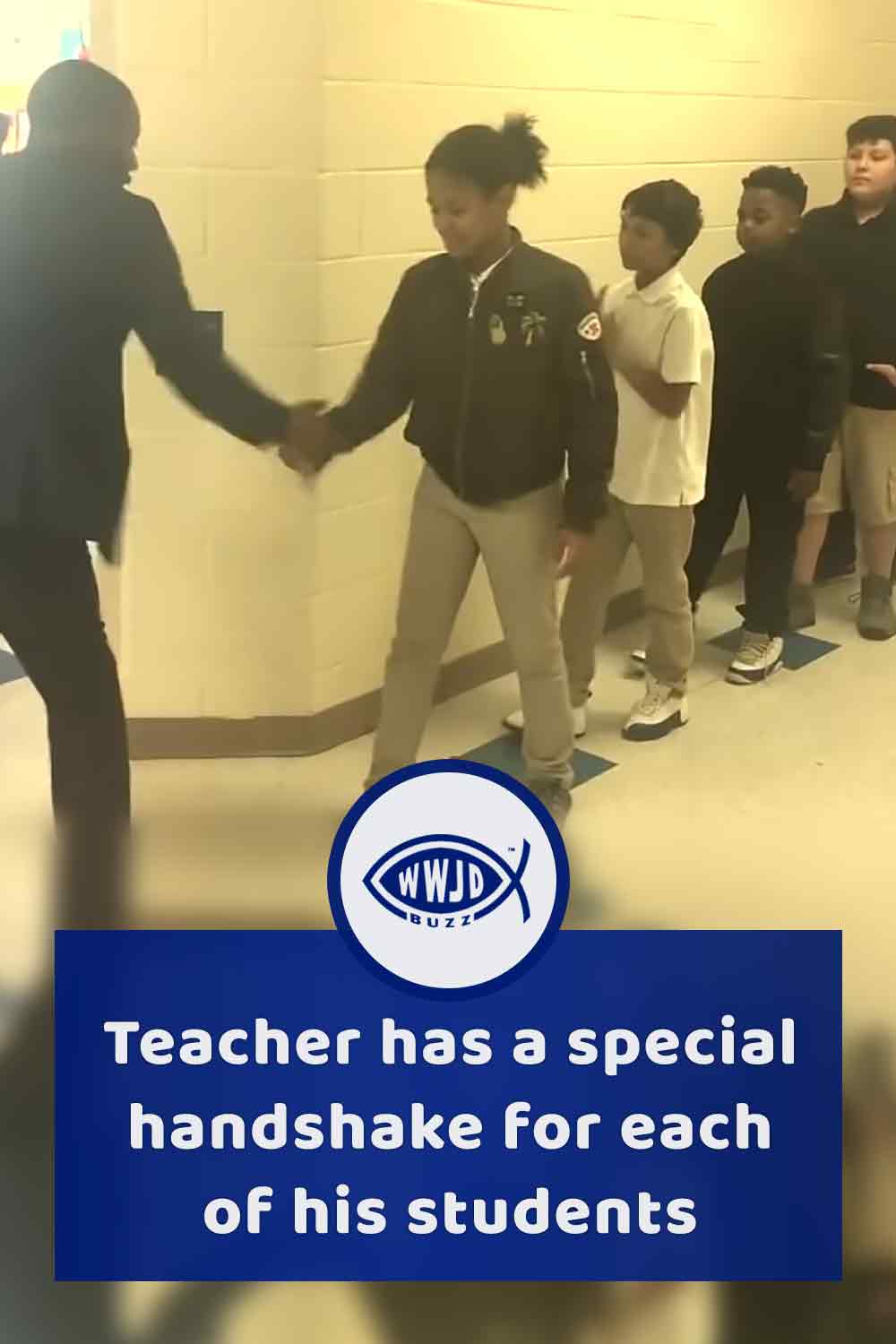