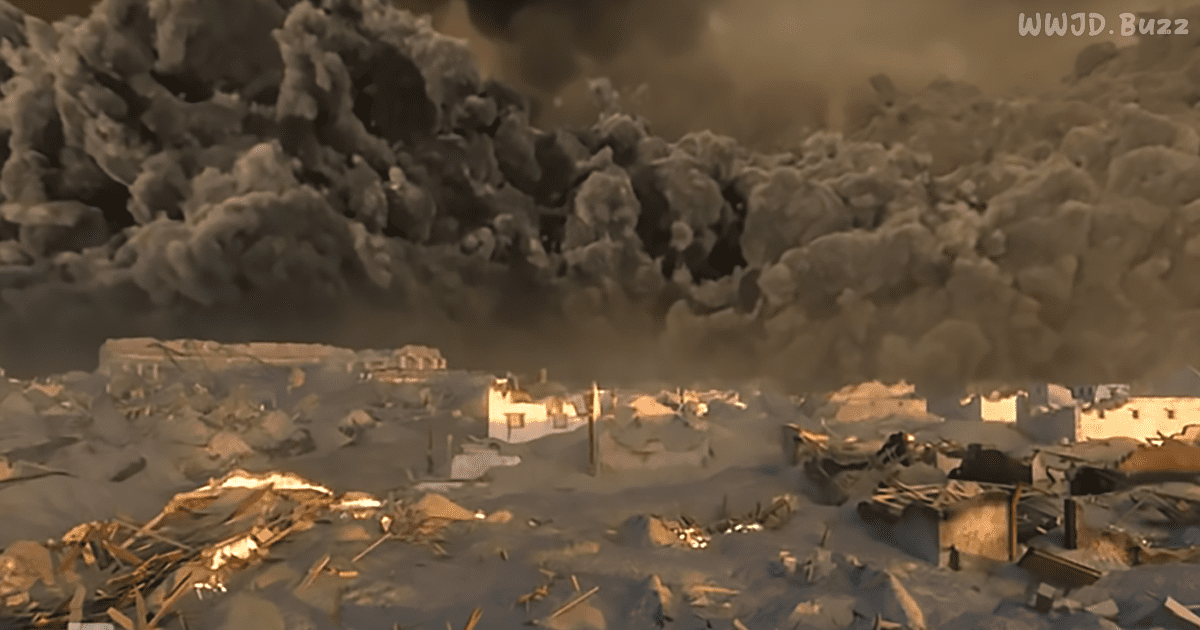 Nearly 2,000 years ago, Pompeii was a bustling city located in what is now southern Italy. But in the summer of A.D. 79, the nearby Mount Vesuvius volcano erupted.

Zero One Studio, an Australian tech company that focuses on computer animation produced a shockingly-realistic animation titled “A Day in Pompeii” depicting the doomed city’s final hours for an exhibition at the Melbourne Museum in Australia.

The 3D stereoscopic re-creation perches the viewer atop a villa, with a bird’s eye view of the oncoming volcanic eruption. Its commanding visuals of flames, debris and destruction reflect our deep fascination with a frightful moment in history.

Pompeii was lost and forgotten until it was rediscovered in 1748. 2,000 years later, you can walk through the ancient ruins of the once-thriving city of Pompeii.

Gliding over the #Pompeii Ruins. pic.twitter.com/zLQhVaDyN2

Another one of Zero One Studio’s virtual reality experiences delves into the day-to-day life of the ancient city of Ur – what is now modern-day Iraq.

Much like with Pompeii, the studio meticulously researched the area and sought opinions from expert archaeologists for accurate details of by-gone times. It’s a truly magnificent alliance between education and creativity.