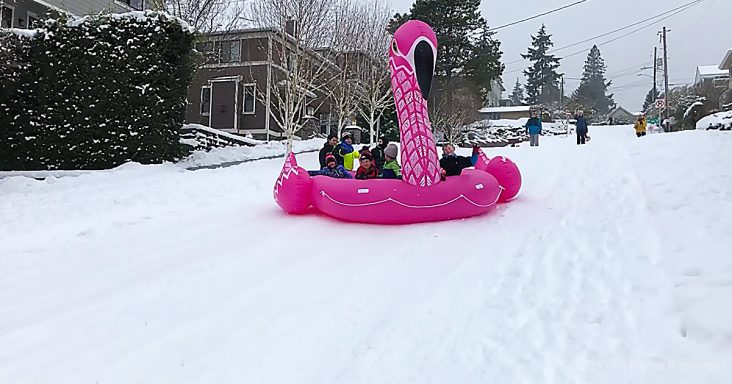 After a snowstorm hits the Seattle area, some local kids decided to have a bit of fun with the new-fallen snow. What better way to do that than get a flamingo pool float and slide down the hills.

Pool floats were often used in the summer months for obvious reasons. But who would have thought that it could be used in the winter?

After a snowstorm dumped plenty of white stuff in the Seattle area, some local kids devised a plan to put a giant flamingo pool float to good use. On average, Seattle gets five inches of snow every year (which explains the lack of sleds).

But that didn’t stop these kids from using the flamingo as a makeshift sled. The activity was captured on video and quickly went viral.
While kids in Seattle don’t always get to have this much fun in the winter, it seemed like a once in a lifetime event for them. When will the next snowstorm hit the ‘Emerald City’?

The answer we can give is only time will tell. 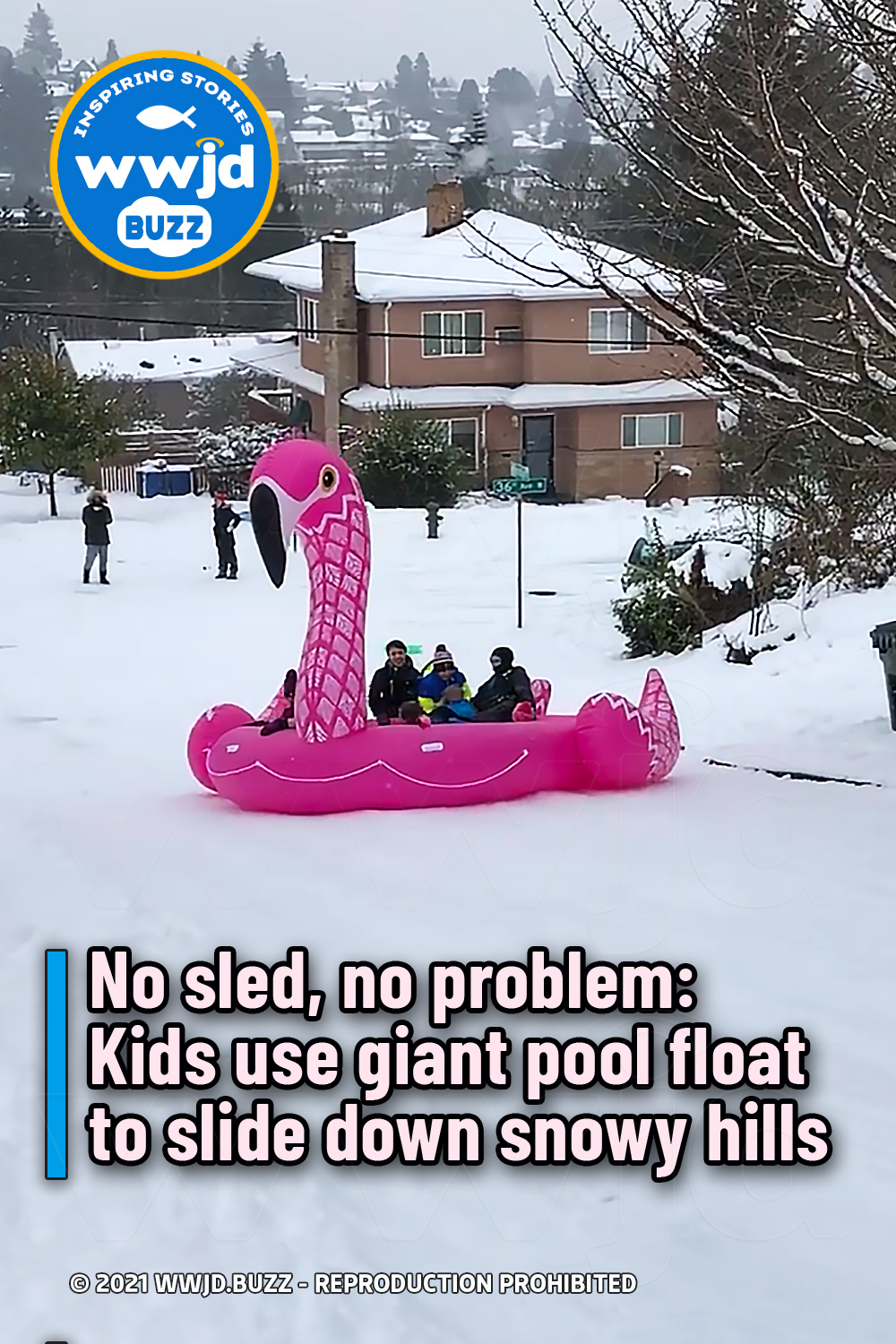