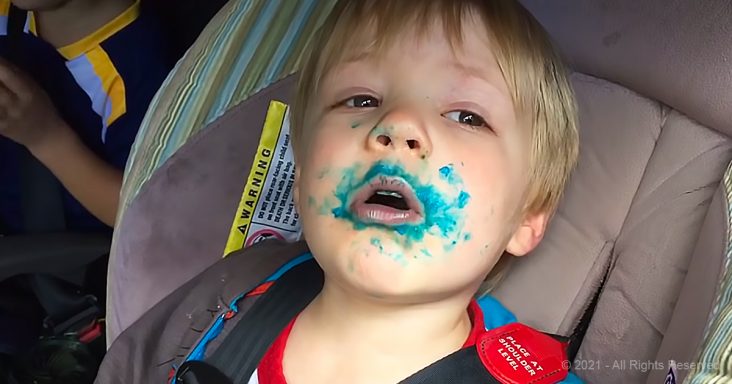 Celebratory cupcakes are the best kind, especially when they’re free. A dad notices a missing cupcake and looks directly at his son’s face.

The New York Giants football team gave out free cupcakes to fans. It’s one of the many things the NFL does to show appreciation for supporters. One of their biggest fans is a 3-year-old that has a poker face good enough to fool Doyle Brunson.

From the viewpoint of his dad, a kid vehemently denies eating one of the cupcakes. No matter how many times his dad asks, the kid refuses to admit he took a cupcake.

Under normal circumstances, a parent would call this a draw. But the problem with this particular denial is that the evidence is all over his son’s face. Blue icing smears covered the top, bottom, and sides of his sons’ mouth.

Technically, with the mess on the kid’s face, you could argue that he gobbled the cupcake rather than eating it. The dad obviously didn’t buy this loophole, and couldn’t help but shake his head in laughter.

The next time this young kid takes a sweet treat, he may want to get rid of the evidence. If you want to stick to tradition, blaming siblings is still a viable option. But he got away this time, just by the skin of his blue teeth. 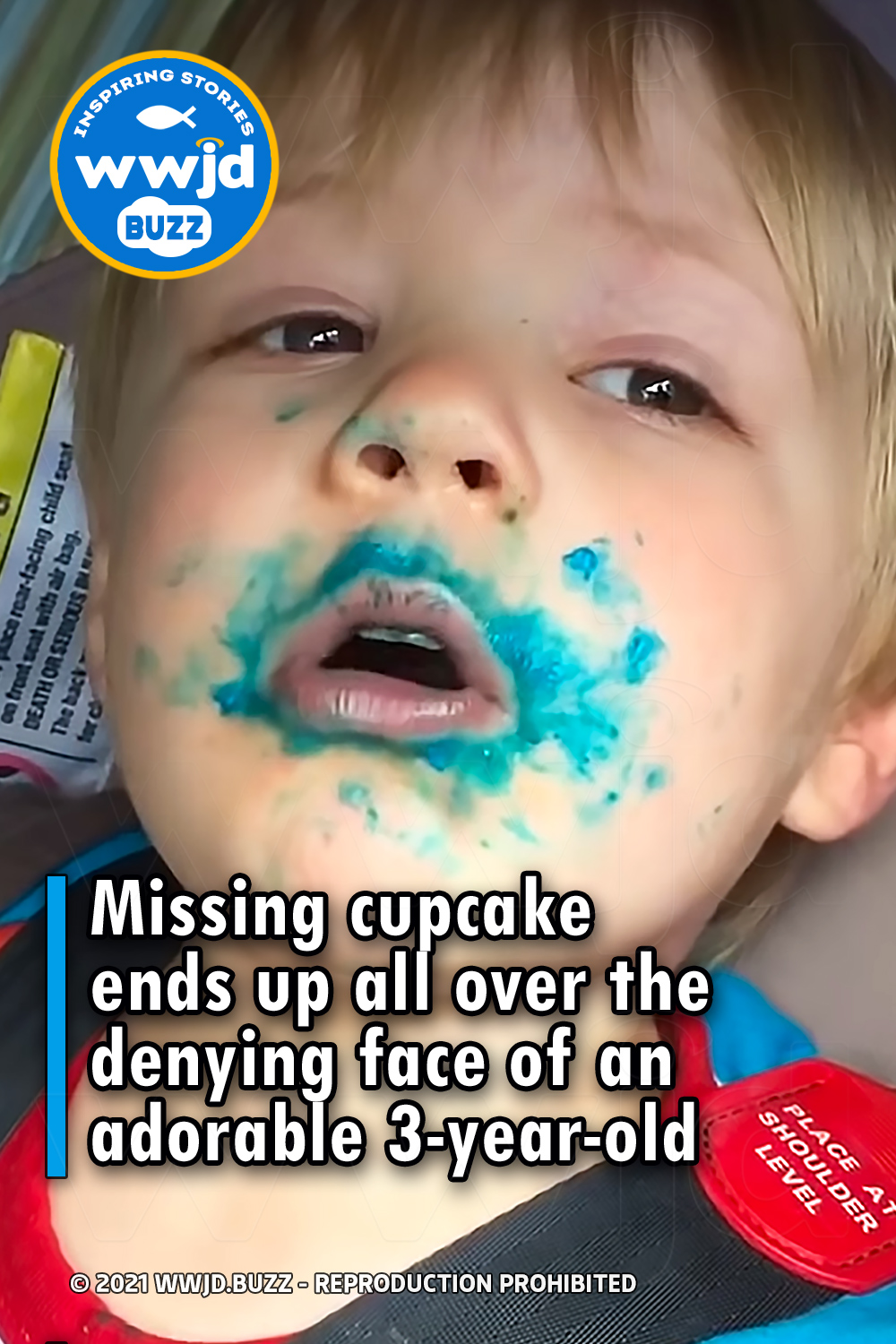