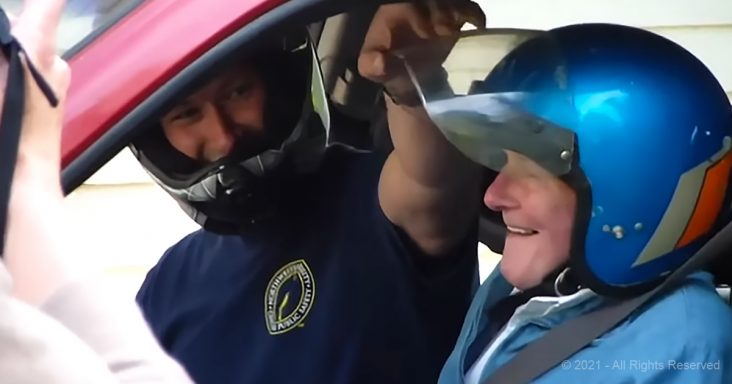 Walter Thomas said that the biggest thing he could do at 91-years-old was to crash a car through a garage door. So, he did it and crossed it off of his bucket list.

“I hit the gas, squealed the tires, and bang! We went through the door,” said Walter Thomas. He had a passenger with him, as people outside the garage got ready with cameras. His relative Tanya held a video camera to capture the whole thing.

Walter and a passenger were wearing helmets to keep safe as they quickly accelerated through the door. They demolished the door into several pieces. As the vizer on his helmet was lifted, he had the biggest smile on his face.

Bystanders flooded towards the car and were excitedly speaking over one another as the men took their helmets off. Some took pictures while others cleared the bits of garage door off the driveway.

Walter said it reminded him of a demolition derby and that it was the closest he could get to being in a car crash while not hurting anybody. While it was loud and quick, it was exciting.

“It was thrilling to get to do it after all these years, which I never thought would ever happen,” he said. He wasn’t sure there was anything else he could do to top this stunt. He said he was getting too old, but his advice was “just live life to the extreme.” 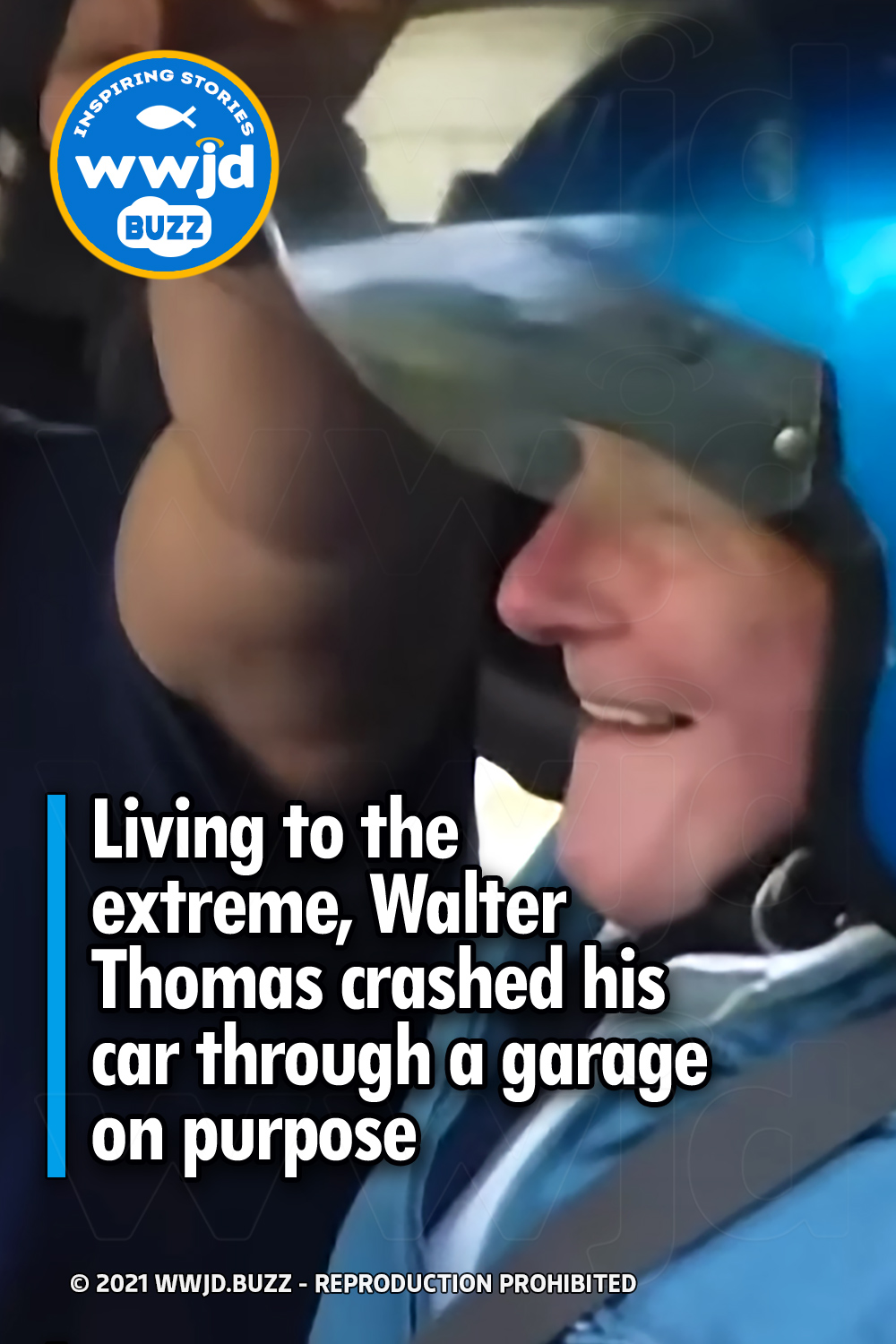