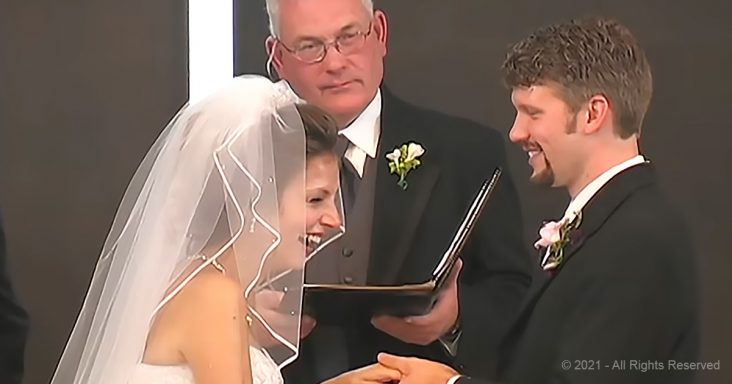 Andrew and Melissa’s vows took much longer than typical ones after the bride was thrown into a fit of laughter because of her husband’s mispronunciation of “lawfully” and continued jokes.

They were just getting through the first line when Andrew declared Melissa his “waffles wedded wife.” At the sound of the mispronunciation, Melissa’s mood instantly perked up and she started laughing. Andrew couldn’t help but continue seeing his love smile.

“…and pancakey,” he said. Melissa pretended she was eating food but soon couldn’t even stand up straight she was laughing so hard. She kept holding Andrew’s hands as she doubled over in silent laughter at the alter.

Andrew glanced at the officiant. “I’ve been scared of this all my life,” he said. At that point, Melissa couldn’t stay quiet any longer. She exclaimed in laughter over her microphone. Andrew told the crowd to give her a second as she continued. The officiant agreed, saying he had seen this before.

After she calmed down, the crowd erupted in laughter as the officiant began to prompt Andrew’s vows from the beginning again. Andrew made another joke by just making garbled sounds. The officiant couldn’t help but to also joke, saying they might need a recess.

The Engstrom’s did eventually get married successfully and went on to have a happy marriage. They had a pretty good foundation to start off on: one of happiness and laughter. 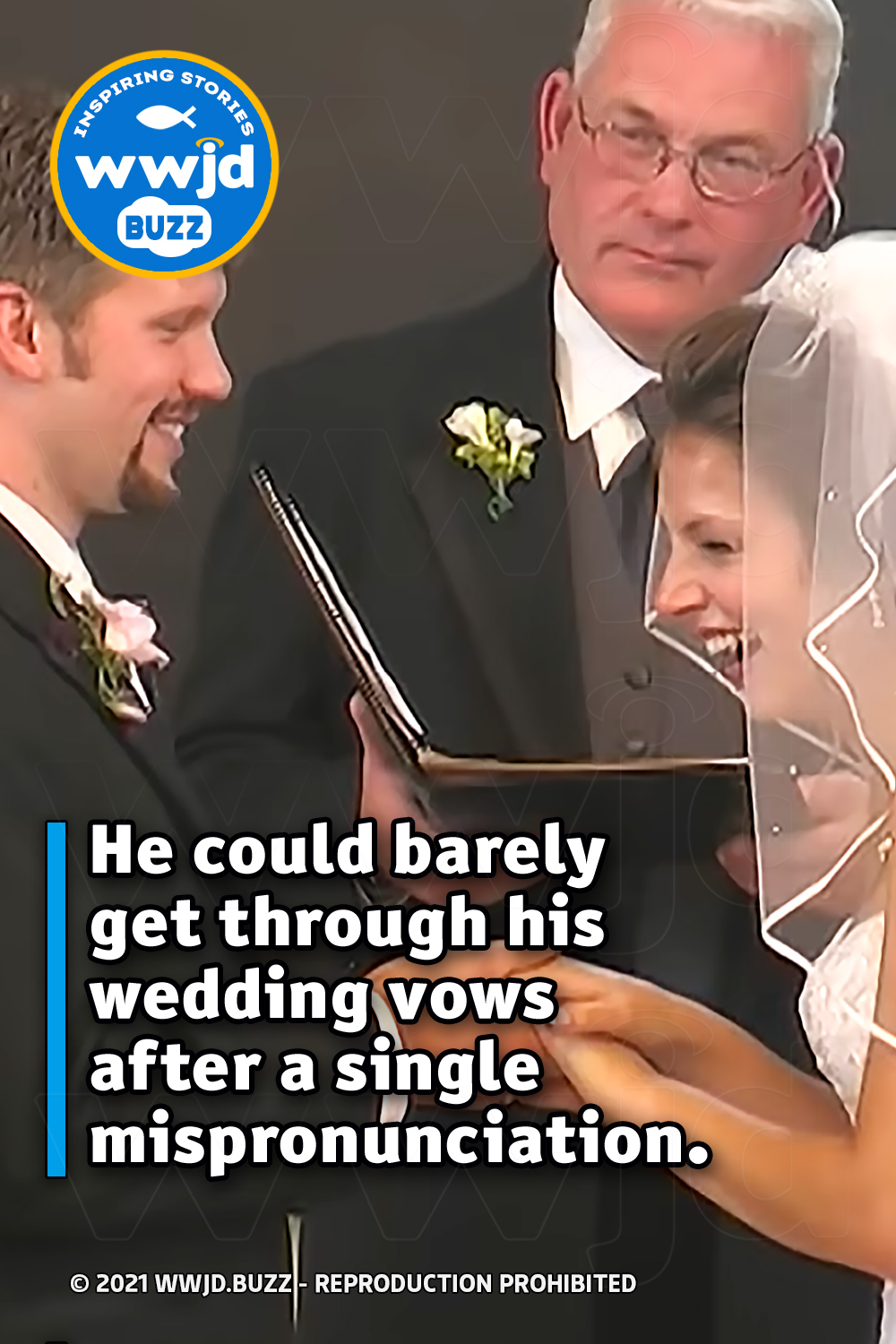