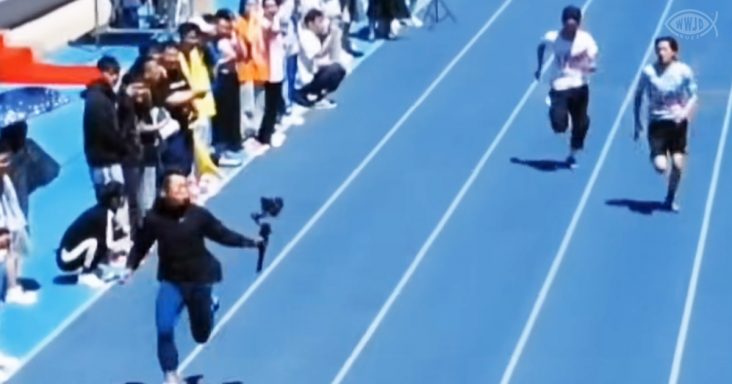 This student cameraman left people shocked by how he beat sprinters to the finish line in this 100m race in china. Sometimes, it comes with the job. To get the best shots, you need to be speedy.

From his running form to how he was dressed. The student was carrying a heavy camera, dressed in jackets and jeans. He had to glance back from time to time to endure he was still recording. 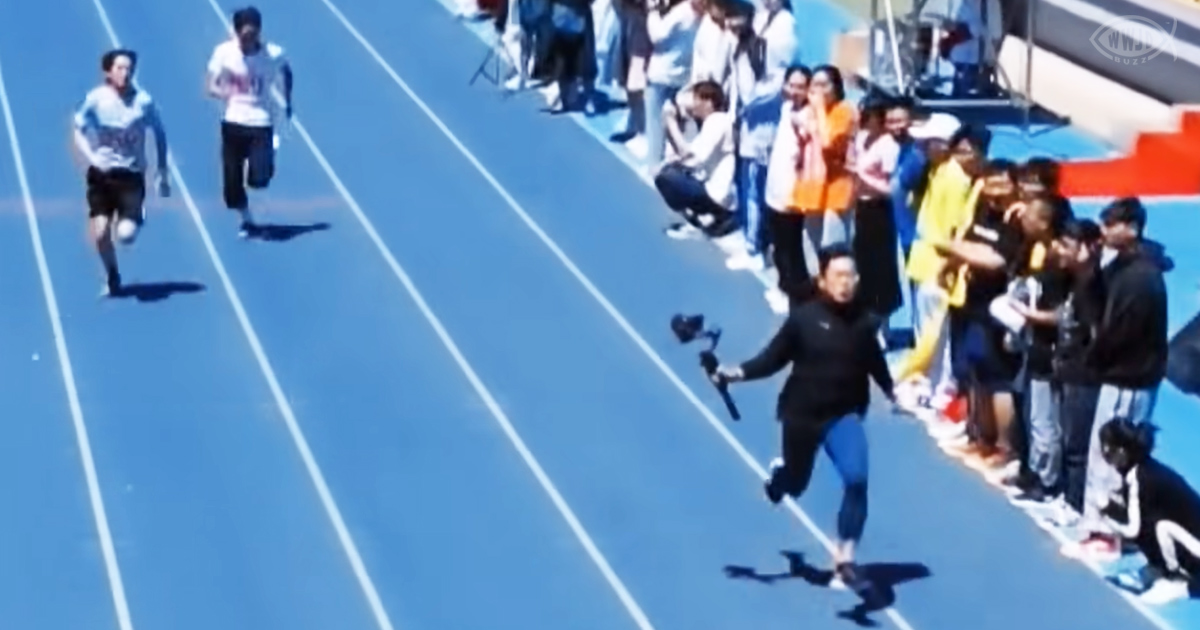 One cant help but wonder how fast he’d be if he was on proper gear and not carrying his camera. Provided with a conducive environment, were sure he’d make a great sprinter.

The crowd was surprised when he started running and were cheering him on wildly. At some point, he looked like the other runners’ pacesetter. Or a sprinter disguised as a cameraman perhaps?

Just like the race spectators, online viewers of the video were equally shook, claiming he was the rightful winner of the race. Or perhaps he should consider a career change.

The video uploaded less than a week ago already has over 6 million views on youtube. He might not change his career but this young man will continue to blow minds away with his incredible speed. 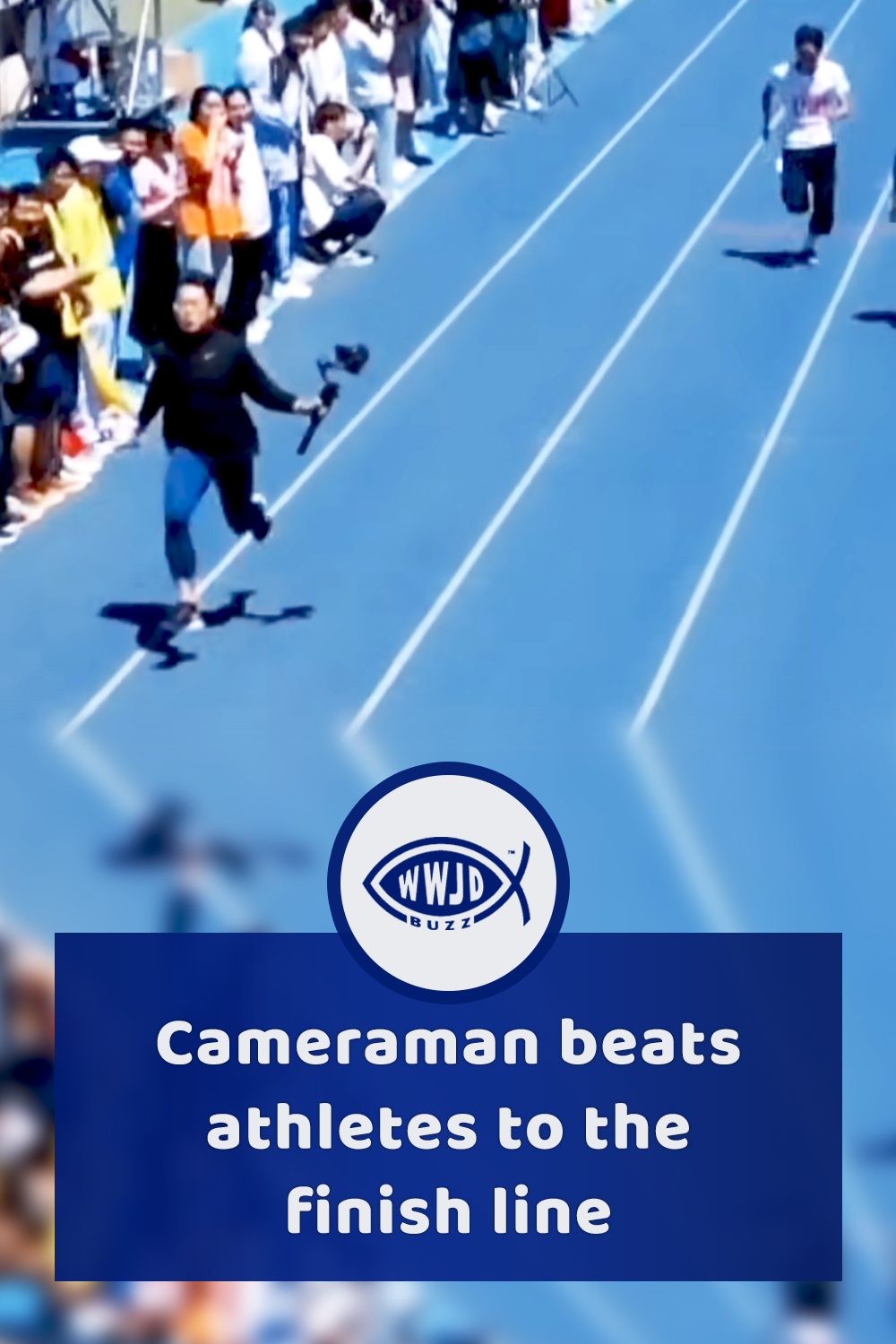