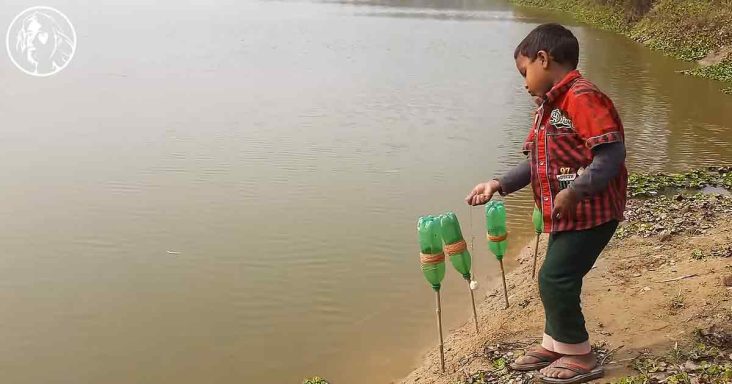 To go fishing, most people think you need a fishing pole, a bobber, bait and a hook, but one boy showed that with enough determination and creativity, any tool could become a fishing tool, even a water bottle. 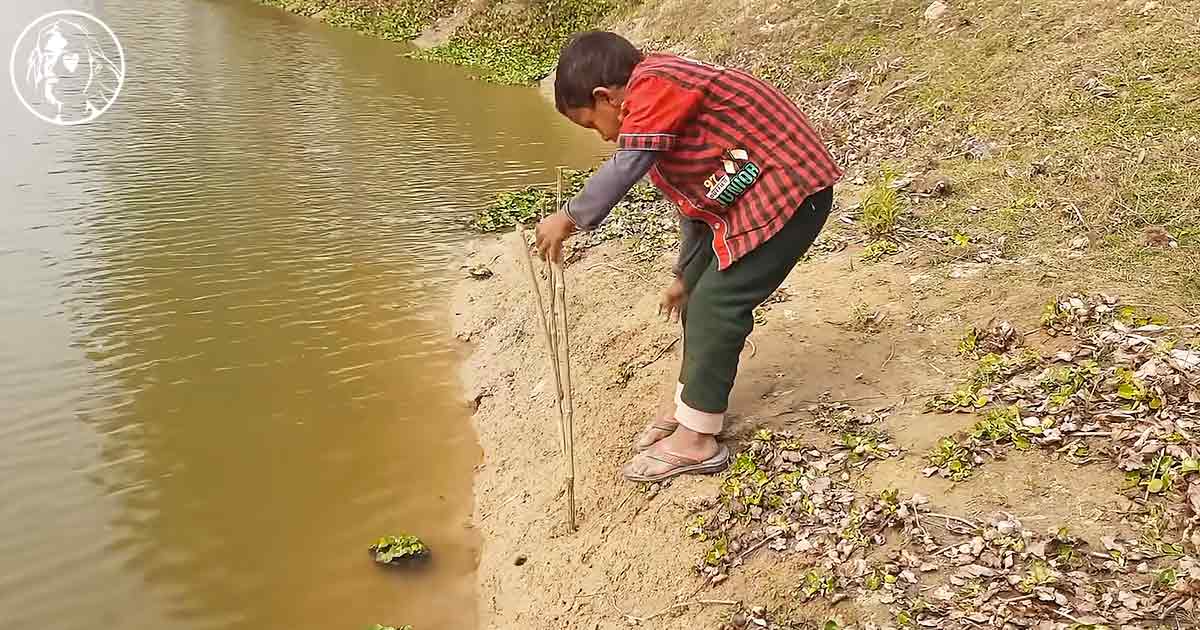 Yes, you read that right. One little boy forewent all the usual equipment for a fishing session and used plastic bottles instead. His methods were captured on film and have received over 17 million views.

The boy began by carrying a wide metal bowl down to the river. This bowl had all the fishing supplies he would need to complete his task. But compared to most fishing trips, his tools seemed limited by comparison. 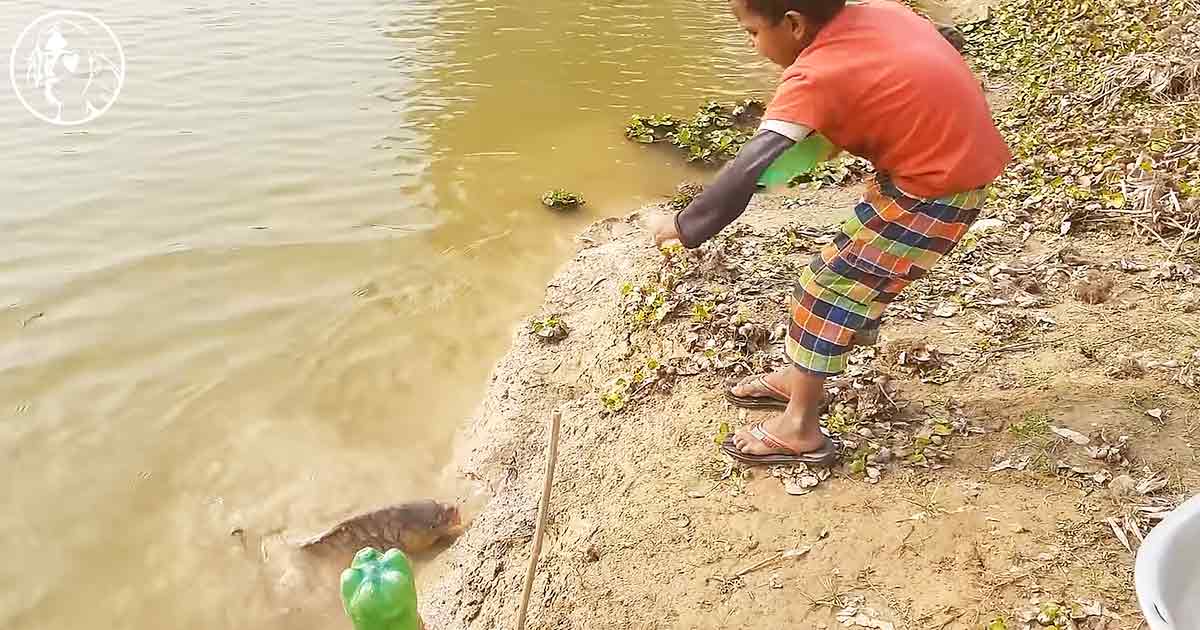 He set each of them out one by one. He had four sticks, four bottles wrapped in twine with hooks and a dough putty. With all his tools laid out on the ground, the little boy began setting up his lines.

But first, the boy needed to apply his bait. With a practiced hand, the boy stripped off chunks of the putty and applied them to the hooks. With his dough bait secured, he tossed each line into the water and plopped the bottles onto his sticks. 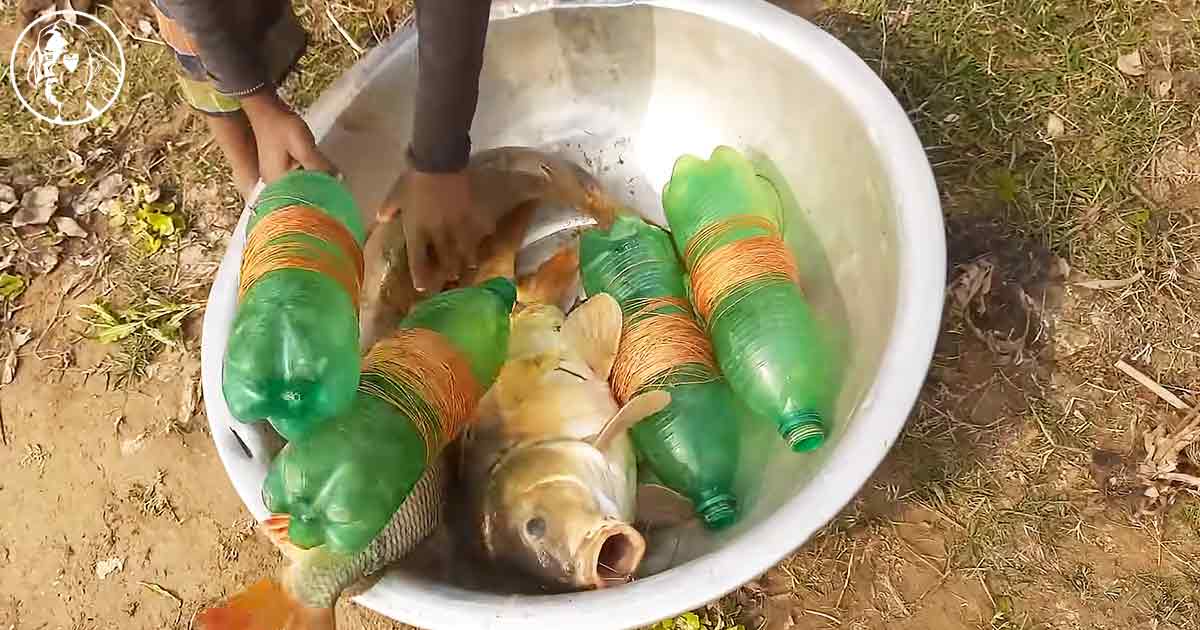 While most people would have had to sit and tend their lines for hours, this boy’s method did not require nearly as long of a commitment. He let his lines rest without him, and he came back three hours later to collect his haul.

And perhaps the most surprising part of this video was how effective his alternative fishing method was. All four of his bottles brought in fish. As one commenter put it, “At such a young age he is already a great fisherman and has incredible strength. I know he will go far in life.” 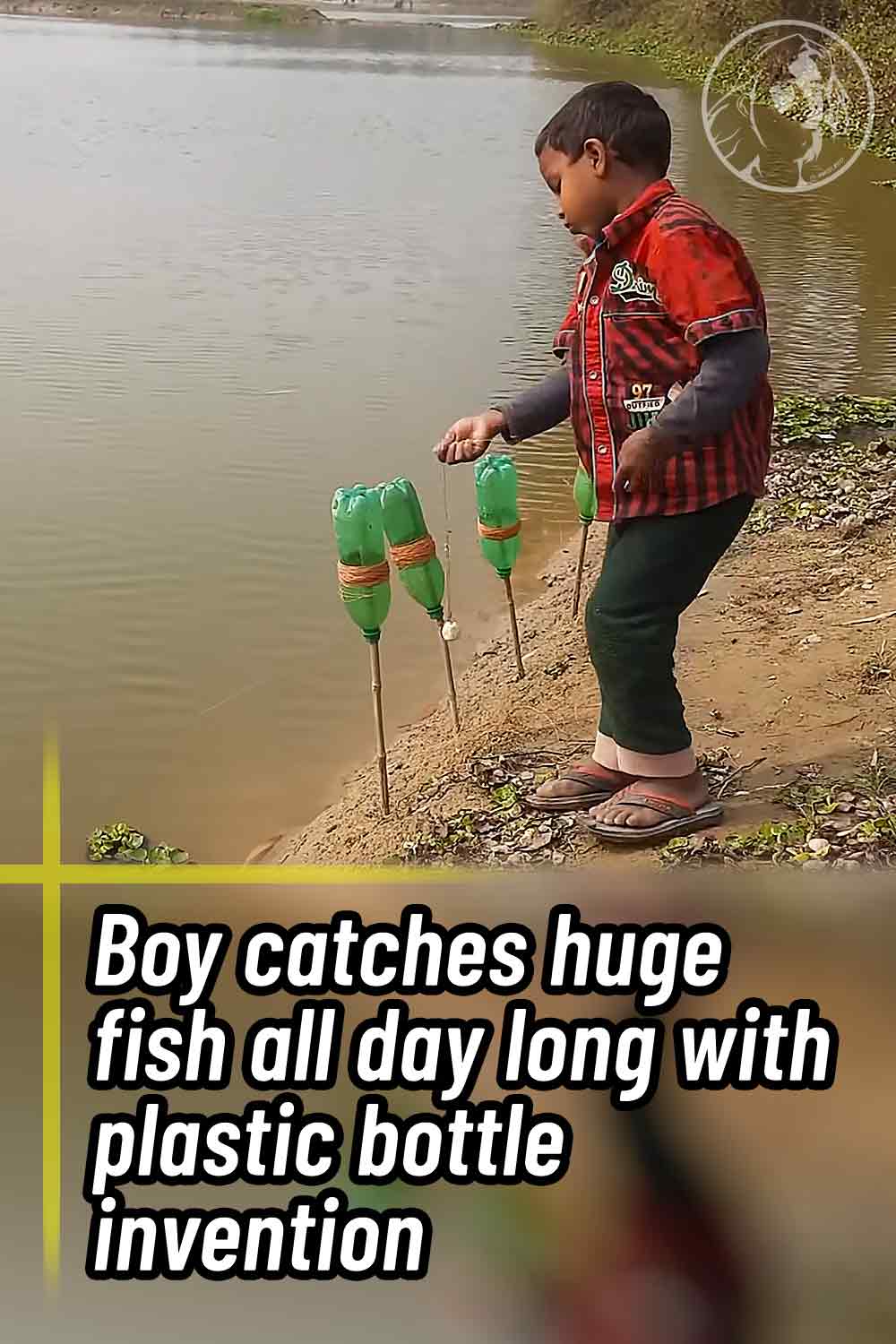