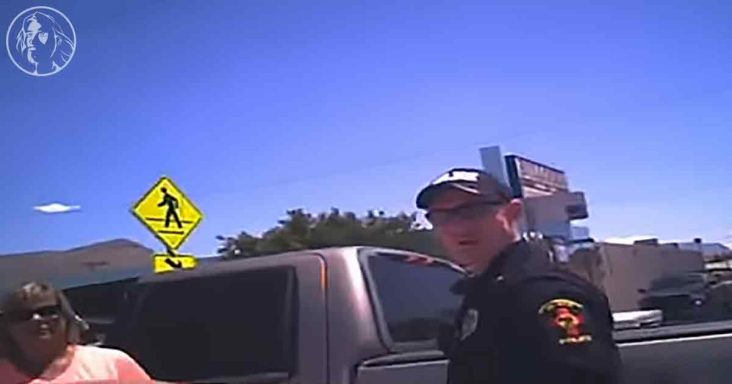 Officer Kreischer was on duty during 90-degree Fahrenheit weather in New Mexico. It was a hot day where no dog should be locked in a car without ventilation. So when the officer noticed such a scene, he wrote up a ticket for the owner.

The pet’s owner is Shelly Nicholas. She had left her dog in the car without air conditioning for ten minutes. Punishment for such a crime ranges from Class 1 misdemeanor to imprisonment.

Upon her return, she got angry with the officer. She tried to argue it wasn’t that hot outside and that her dog was fine. For reference, dogs can suffer heatstroke if left in the car for too long in hot weather.

Shelly decided to do just that. He didn’t order her to do so, but she did anyway. Kreischer measured the temperature for the inside of the car was 114 degrees Fahrenheit.

Shelly would later file a complaint that the officer abused her. However, the officer’s cam footage reveals that he never forced her back into the car. She did so of her own free will.

After the footage was revealed, news reporters reached out to Shelly to get her perspective. She refused to comment on the matter.

Perhaps Shelly learned a valuable lesson that day about how hot it can get in cars. If you don’t want to suffer in a 114-degree vehicle, maybe don’t leave your dog in that same car either.