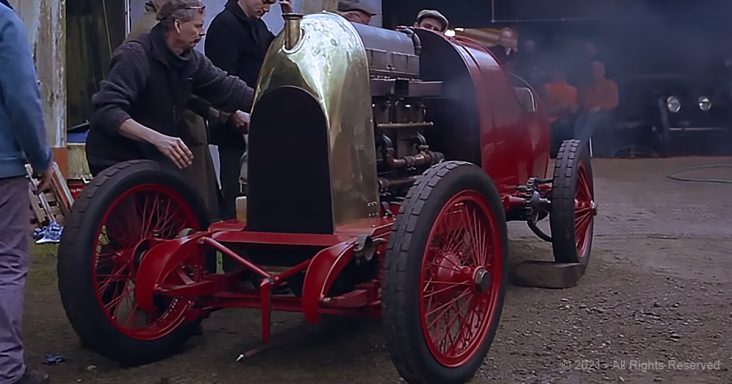 It was unofficially the ‘World’s Fastest Car’ in 1911. But the Fiat S76 still runs like a dream today, even for its triple-digit age.

There were two Fiat S76 models that were made in Italy. They were manufactured with the intent of becoming the fastest car in the world.

One model managed to see the roads after it was built. And it unofficially became one of the fastest cars in the world.

Two filmmakers were lucky enough to find the model that was tested in Belgium more than a century ago. To their surprise, it runs like a new car.

For a vehicle famous for attempting the land speed record, this car proves that even at its age, it’s still got plenty of life. Who said that these cars had to sit and fall apart?

The ‘Beast of Turin’ may not be faster than its fellow Italians Ferrari or Lamborghini. But it sure will go down as one of the legendary, but rare vehicles of all time.