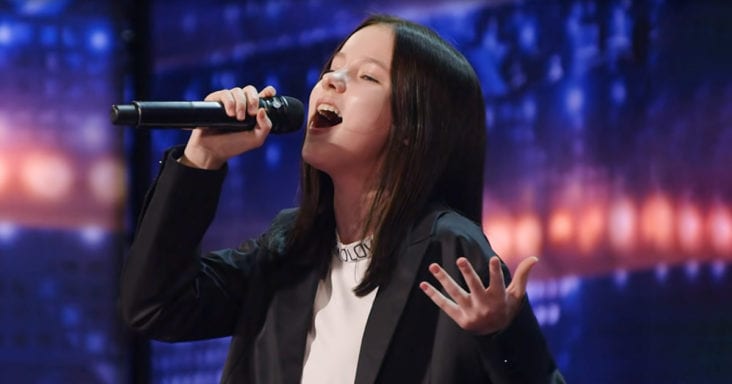 Teenagers have been shocking judges on shows like America’s Got Talent for years. When a 13-year-old girl named Daneliya Tuleshova took the stage for her audition, they had no idea what was about to happen next.

As her audition started, the young hopeful mentioned she was nervous. She came a long way from Kazakhstan with her mother to perform a cover of “Tears of Gold” by Faouzia. Daneliya has been singing since she was born, and now it was time to make it matter most.

She expresses a nervousness to sing in front of Simon Cowell but uses her dreams of making it big to override her fear. Being nothing short of sweet, Cowell wishes the young girl good luck as she began to sing.

Daneliya had the crowd screaming before she finished the first verse of the song. Her voice was full of passion and power, similar to that of singing superstar Sia. It’s safe to say that Simon Cowell is cheering her on from here on out.