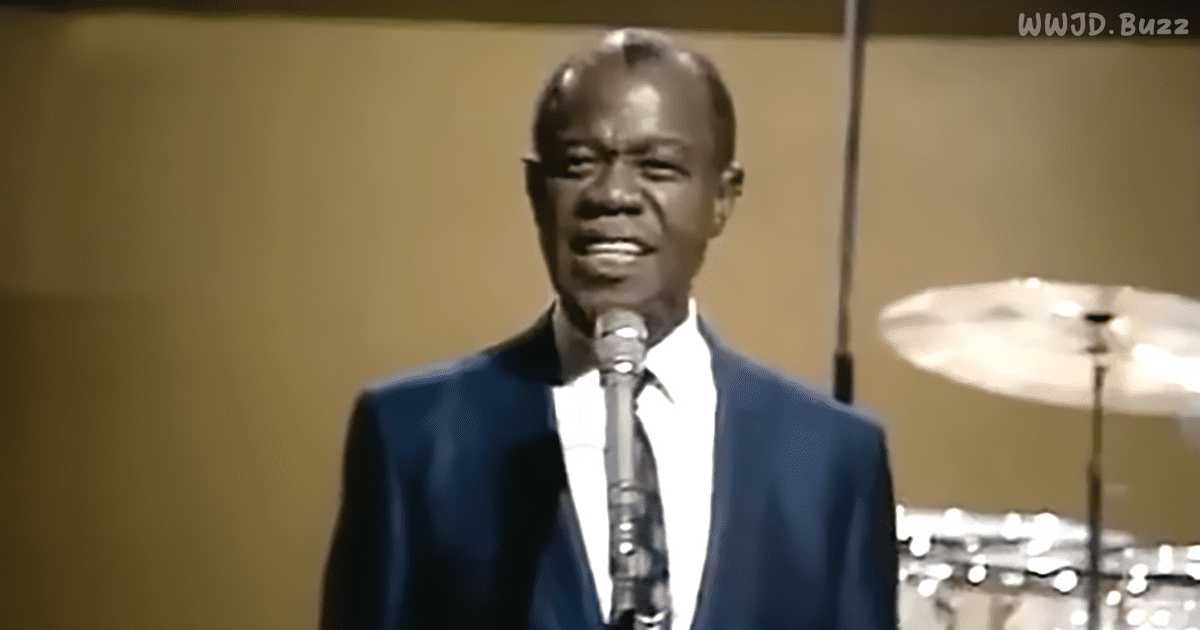 It’s a song that familiarity has not found contemptuous, quite simply it’s one of the most uplifting, life-affirming songs of all times – and it’s all because of Louis Armstrong.

This incredible footage from a live performance of “What a Wonderful World” by Louis Armstrong is just what the doctor ordered to chase those blues away. When you truly listen to the lyrics of this beautiful song, it can put things in perspective.

“It’s been hard work, man. Feel like I spent 20,000 years on the planes and railroads like I blew my chops off. Sure, Pops, I like the ovation, but when I’m low, beat down, wonder if maybe I hadn’t have been better off staying home in New Orleans.”

Well, thank heavens Louis Armstrong didn’t stay in New Orleans and instead chose to spread the word that is jazz around the globe. Producer Bob Thiele had a demo of a song that he and George Weiss had written, first, he took it to Armstrong’s manager Joe Glaser and then to Louis, who was performing in Washington DC.

However, Louis was not the first singer to whom he offered ‘What A Wonderful World,’ history has since revealed that Tony Bennett had first offer and turned the song down flat.

Louis, a man in the November of his years, was able to nail its sentiments perfectly when he recorded it in August 1967. The President of ABC-Paramount Records couldn’t have disagreed more, he virtually banned the company from putting any effort into promoting the song, and in America, it disappeared without a trace.

Not so in Britain, where it demonstrated that you could not keep a hot song down as it progressed steadily up the charts, reaching No.1 in the last week of April 1968 and stayed there for a month, selling well over half a million copies in the process.

Today there’s not a person in the world who does not associate ‘What A Wonderful World’ with Louis Armstrong. Whether it’s because they bought it as a single, have it on one of the hundred’s of compilations it’s appeared on, heard it on the soundtrack of Good Morning Vietnam in 1988 or one of probably hundreds of adverts that have used it’s inspiring message as a sound-bed.

It’s a song that familiarity has not found contemptuous, quite simply it’s one of the most uplifting, life-affirming songs of all times – and it’s all because of Louis Armstrong.

“I never tried to prove nothing, just always wanted to give a good show. My life has been my music, it’s always come first, but the music isn’t worth nothing if you can’t lay it on the public. The main thing is to live for that audience, ’cause what you’re there for is to please the people.”

Watch this heartwarming song and let it carry you through your day with a brighter outlook on the “Wonderful World” we share. I’d love to hear what song you listen to when you’re feeling down! Maybe we’ll share a video of your song next!