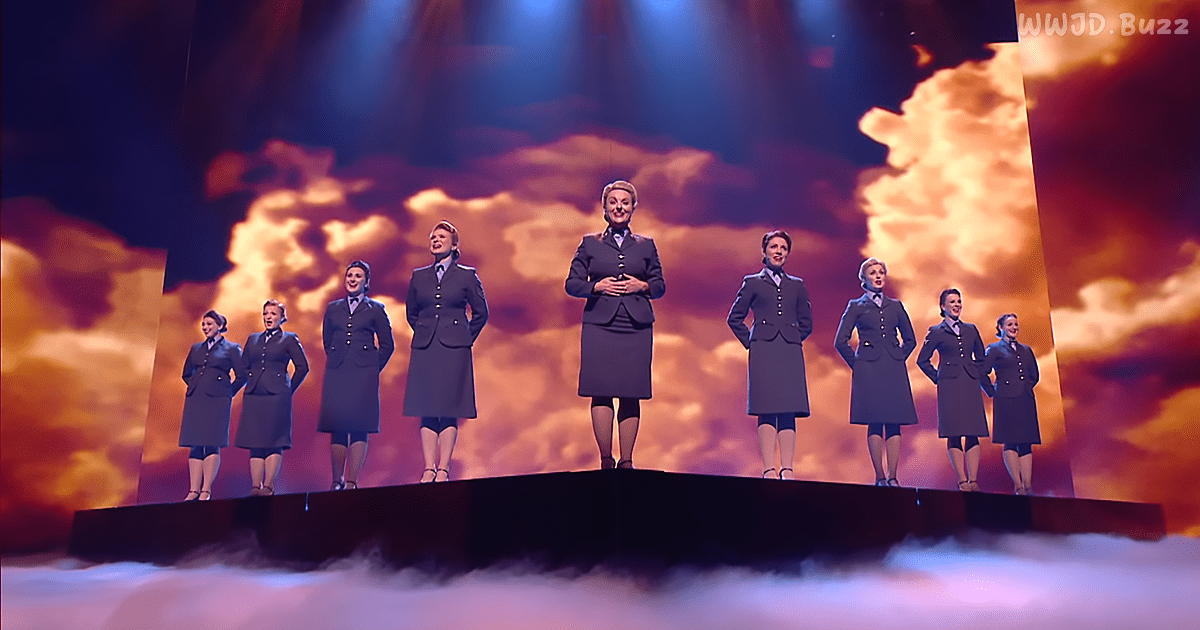 You won’t be able to take your eyes off this stunning performance. Nine women take the stage as Simon Cowell and his fellow judges prepare to be dazzled on Britain’s Got Talent.

The women are dressed as if they just walked off a WWII-era film set with their military attire, victory rolls, pinned hair, and cherry red lipstick — all very recognizable icons of another day and age.

The ladies stand in military formation against a digital backdrop glowing orange, pink, and purple. If you think it looks like a WWII poster, your assessment would be spot-on.

Then it happens. The D-Day Darlings belt out a heartfelt rendition of a timeless classic which befits the era and the performance quite well. I won’t spoil it for you by revealing the name of the song. You’ll just have to watch. This emotional throwback hit home with a lot of people.

The D-Day Darling choir was formed in 2008 as a result of both fascination and respect for the period in addition to having family members in the Armed Forces, both past and present; For example, one of their grandfathers, Clifford Storr, was an RAF Flight Navigator for the famous Lancaster Bomber aircraft.

As if their rousing performance wasn’t enough to win both the judges and the audience over, everyone’s hearts were bursting with pride and gratitude when a group of veterans in their military attire walked on stage to add an entirely new dimension to this astounding show.

That’s where it really hits home; these aren’t performers. They are real heroes of The Greatest Generation, here with us right now. This was such a fitting tribute, but it’s just the least we can do. We can do so much more for these folks who fought for the freedom we enjoy today.

Watch this throwback performance and share it with a friend. All WWII history buffs and music lovers will be taken with this one-of-a-kind performance. It’s a delightfully refreshing act. Watch, enjoy, then share. 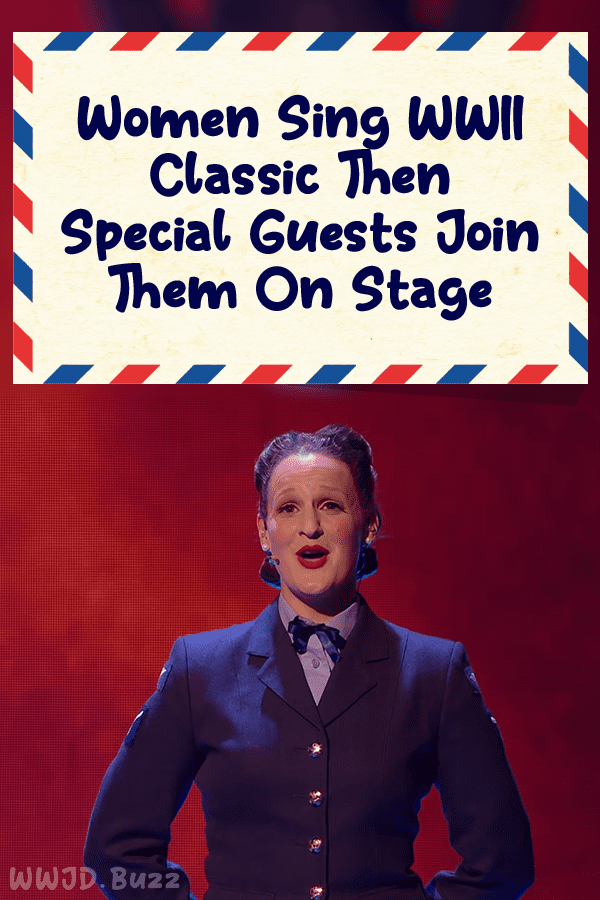