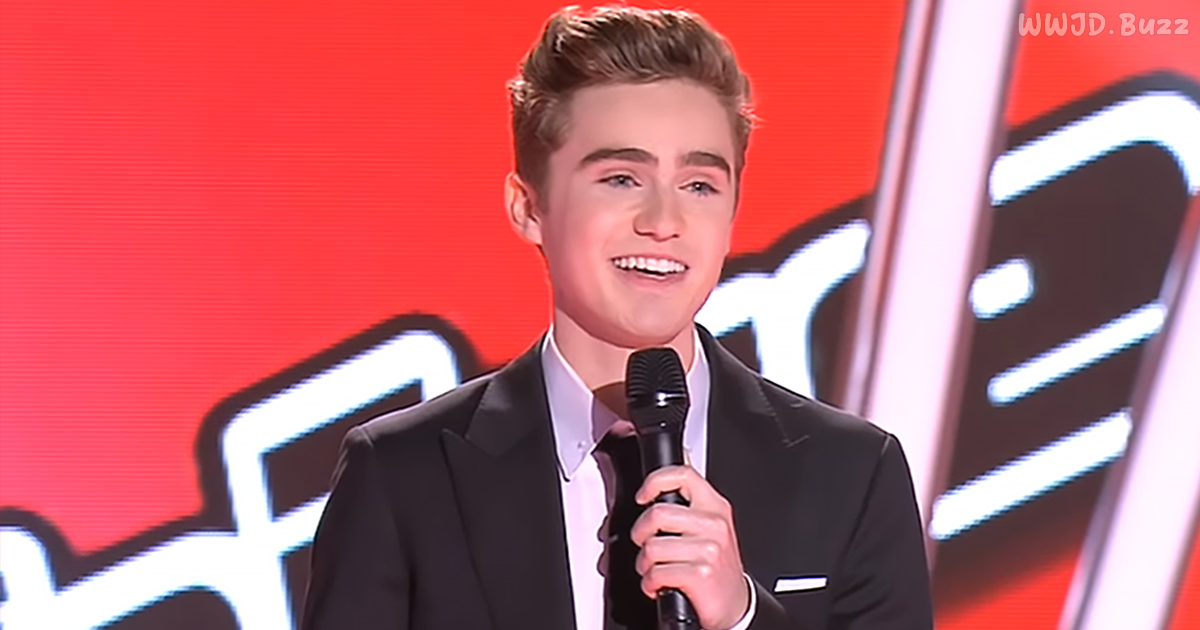 Harrison Craig has been the victim of bullying at school his entire life, all because he stutters, but when he heard The Voice: Australia was having auditions, Harrison decided to try out — and the world is a better place because he did! During his blind audition, this young man truly conquers all with his stunning rendition of “Broken Vow” by Josh Groban.

Harrison’s brother and mother came with him on the trip to try out, and they were both incredibly supportive. His doting, younger brother tells him how much loves him before he goes on stage.

When Harrison Craig entered the auditorium, the audience and judges were utterly silent, but when the music began, it was as like magic.

Harrison’s stage prescience was felt throughout the crowd as well as from the judges even before they turned around to see his face. From the moment that Craig began to sing Seal was standing and was the first to push his button.

The other judges followed suit, and as they turned around, they were mesmerized by Harrison’s voice. The seal remained standing throughout the entire interview process, and you could see in his face all the emotions that Harrison Craig’s voice brought out in him.

His singing brought his brother to tears while his mom cheered along with the studio audience. In the end, Seal told him that he must have a great story, and that’s where we learn about Harrison’s challenges with stuttering and being bullied at school.

This is why you don’t bully anyone. You don’t know what the future holds for them…. they may become an athlete, a celebrity, heck even the President! So don’t be so fast to judge. We are all human. Being human means we all have flaws, weaknesses, and strengths. It’s about the time we stop bringing one another down and start motivating each other to rise.

In the end, Harrison picks Seal as his coach after long deliberation. All of the judges wanted him, but it was apparent from the beginning that Seal had felt the emotions that Harrison was trying to portray to the judges.