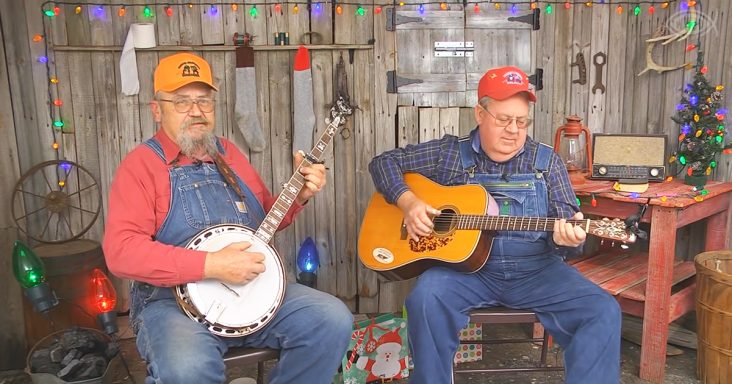 Christmas is a time for cheer and laughter, and that’s exactly what the Moron Brothers aimed to bring with their Christmas-themed song from the video they aptly named “The Funniest Christmas Song Ever.”

With over four million views on YouTube, the Moron Brothers viral song follows the tradition of “Grandma Got Runover by a Reindeer” to create an off-kilter song for the holiday season.

Seated together in a cozy decorated cabin, the banjo player starts playing, warning that the song will either make the listener sad or make them scratch your head—but not for the reason you think.

As the acoustic guitarist joins in, we find out that it was Christmas Eve many years ago, and Santa, feeling exhausted from all his present deliveries decided to take a nap on the singer’s couch.

Then suddenly, Santa leaped up off the couch and dashed to check his reindeer, and the company flew off, scratching and itching the whole way back to the North Pole.

To this day, Santa doesn’t come to their house anymore, whether they’ve been bad or good. He just tosses their presents out on the road because that night the singer gave Santa and his reindeer lice!

While it might have been the lousiest Christmas for them, it sure makes for a funny story for us. And like they say at the end of the song, you can go ahead and scratch your head now. We know you want to.