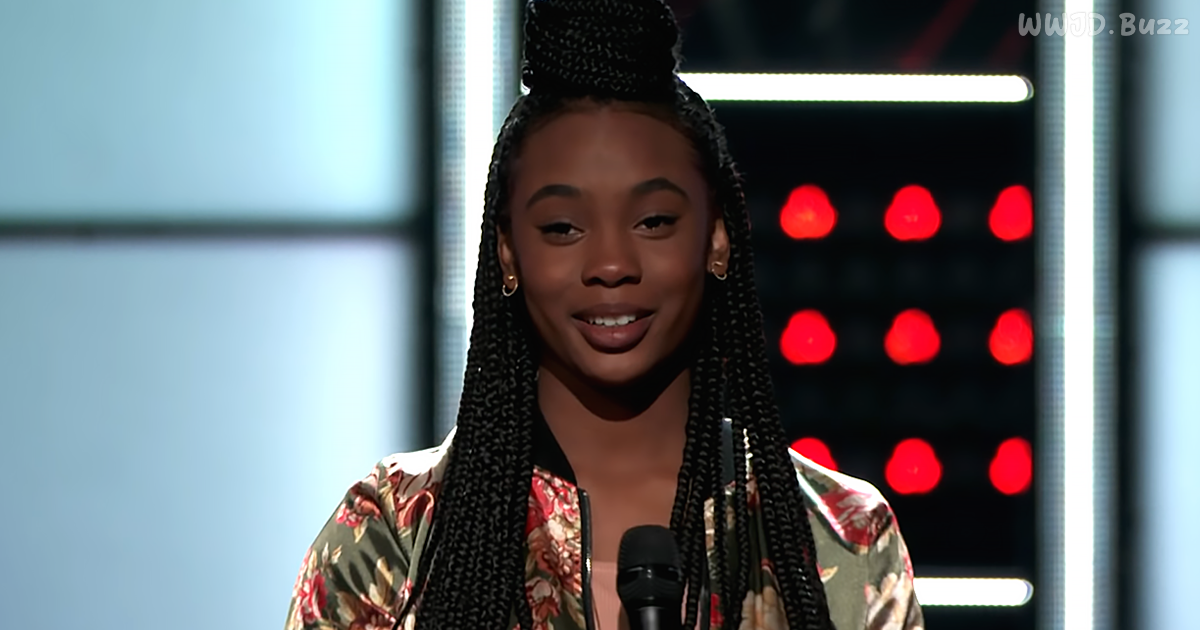 13-year-old Kennedy Holmes is turning tables — and chairs on The Voice when she stunned America with her commanding performance of Adele‘s “Turning Tables.”

All of the judges —Blake Shelton, Kelly Clarkson, Jennifer Hudson, Adam Levine, and — were fascinated by the teen’s voice from the get-go when she hit the ground running hard and fast to the delight of Judge Clarkson gave an engaging, “Oh, man…!”

Then before the girl reached the chorus, Judge and talent star Adam Levine hit his buzzer giving the teen what she needed to keep going strong. Clarkson, Hudson, and Shelton instantly followed suit.

After her incredible performance, the 13-year-old powerhouse received a standing ovation from the entire audience and coaches. Kennedy’s performance provoked Blake to walk over to Jennifer and say, “I think she could win. I do.”

Another shock was coming their way: The singer’s age. Remember this is a blind audition, so judges know nothing about the acts until afterward. When Holmes revealed her true age, Clarkson lept from her chair and yelled, “What?”

“Let me be the first to thank you for coming to The Voice because our ratings are going to shoot through the roof this season,” judge Shelton added. “I think you are the best vocalist that has auditioned this year.”

The country crooner and judge continued, “Your voice already sounds so seasoned and refined and so much control, so much range. I don’t want you to get distracted by the fact that I’m a country artist and you’re the greatest artist of all time. I want you to pick me as your coach so you can teach me how to sing like that.”

Judge Levine heaped on more praise: “Very, very rarely does someone come around that reignites our passion for what we do. And to hear you sing today did that.”

Levine added, “You really could become the absolute biggest thing to ever come from this show. So you should be on my team, Kennedy.”