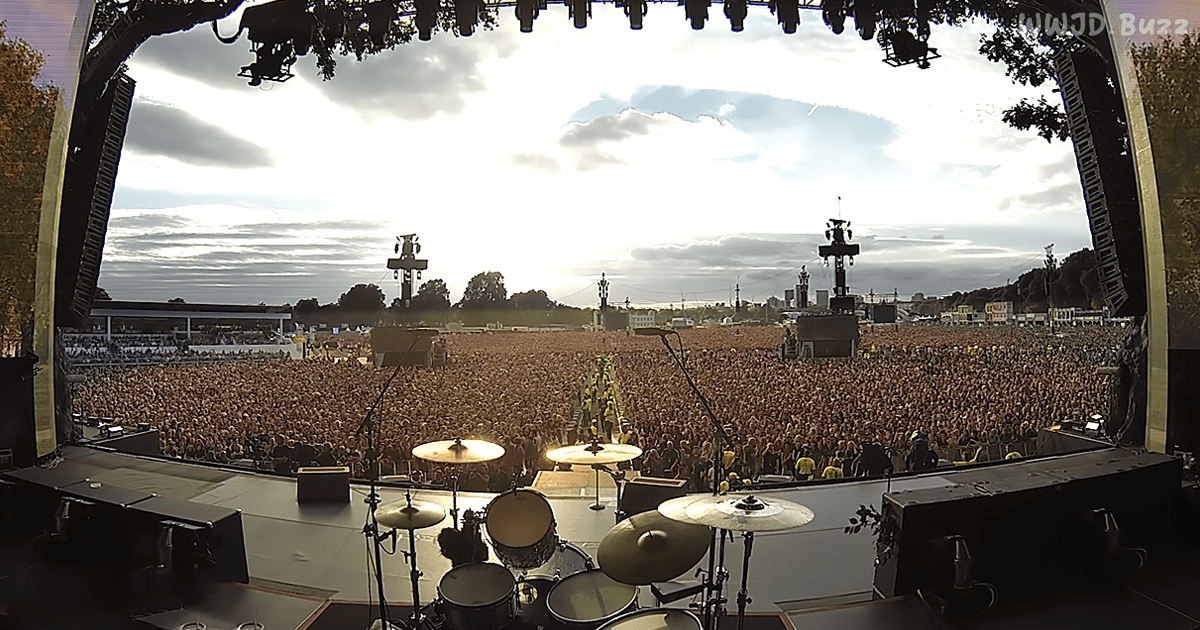 There’s no denying the popularity of Queen’s music, even now. They’re one of the most beloved bands of all time, bringing about some amazing hits with the leadership of the late Freddie Mercury. Although he’s no longer with us in the physical world, he lives on through his incredible work.

Hits like, “We Will Rock You” and “We Are The Champions” are catchy, but there’s one song of theirs that is a clear favorite among many crowds: “Bohemian Rhapsody.” Whether you’re a rock n roll fan or not, chances are you know and love this classic Queen song. Even if you don’t want to admit it, you know you’ve tried to sing the entire song from start to finish, and that includes making noises along with the solos in addition to the vocals.

Despite the song being released decades ago in 1975, it’s still a huge hit today. If you ever had any doubts, just take a look at the video down below. This crowd was waiting for a Green Day concert to begin at Hyde Park in London, and to hype up the crowd before the show, “Bohemian Rhapsody” was played. Suddenly, everyone in the crowd was singing along.

The crowd held 65,000 people, and everybody joined together to belt out the beloved classic. Over 40 years have passed since the song’s release, but people from all generations fail to resist the catchy tune! Isn’t it wonderful to see people come together like this and forget about their differences? Music is so powerful. This moment definitely created an unforgettable atmosphere. Rock and roll is alive and well, and this is definite proof.