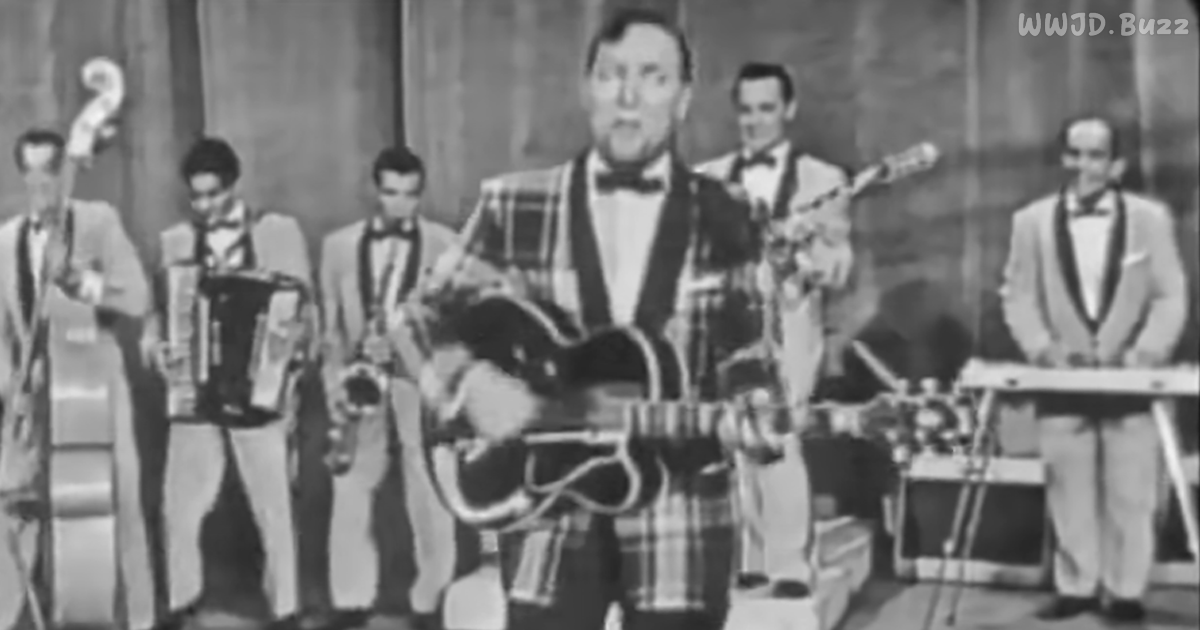 This incredible gem, seen now by over 30 million viewers, will whiz you back to another era and make you feel right at home all at the same time. Why? Because it’s a timeless rock-and-roll classic just as unearthly good today as it was back in 1954.

And Bill Haley! What a performer. He got the jump, and we mean that literally, on Elvis, with his curled forelock, nonstop shaking and shimmying, and the way he cradled that electric guitar. Throw in a standup bass, piano, and drum kit, and you’ve got a recipe for rock-and-roll gold.

Just ask the starry-eyed girls clapping along in the audience!

One reason for its resurgence online is that earlier this year the United States Library of Congress rightfully picked it for preservation due to its cultural, historical and artistic significance. All we can say is, it’s about time.

A lot of people mistakenly call this song the world’s first rock record but that’s not quite true. The ‘50s gave us many rock legends, including the King of Rock and Roll himself, but Bill Haley’s version of this tune ensured its status as an anthem for rebellious teens around the globe.

“My first 45!,” commented one old-timer who watched this video. “I played it ‘til it wore out! 74 years old and still ROCKIN’!”

“I wonder if these girls, which are now grandmothers, know they are on YouTube,” wrote one wisecracker.

And here’s a juicy tidbit from one fan who was there back in the day.  “My dad went to the same high school as did Bill Haley. In Boothwyn, PA. The now-defunct Boothwyn High School. And he told me that way back in 1942 or 1943 during WW II, Haley performed as a student in front of other students at a school assembly. And the kids laughed him off the stage because they were fans of the ‘Big Band’ sound by Glen Miller and others at the time.”

Hilarious in retrospect today, but times do change, eh?  Prepare to cut the rug and click the video below to “Rock Around the Clock.” Believe us, you’ll want to share it with a friend.