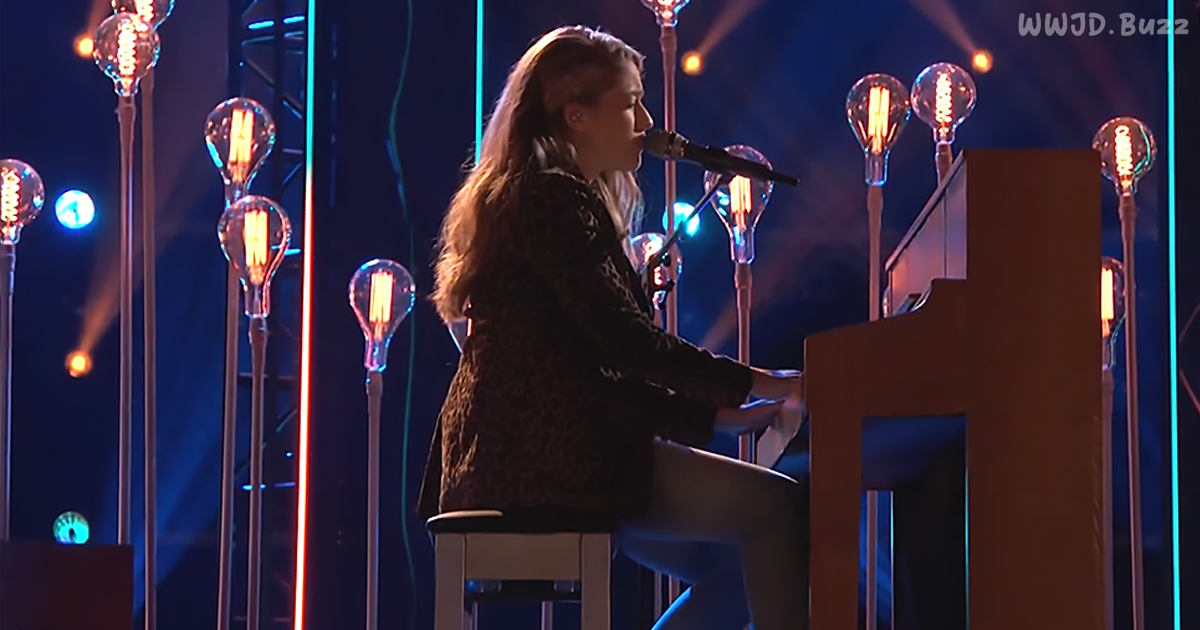 “Brynn Cartelli is a young singer with a life story that sounds more like the plot of a movie.

Cartelli’s skills and success, though, are very real. The video shows her performing her original song Grow Young for The Voice Cross Battles. The song is a bit of wishful thinking, with the singer longing to go back in time and get more enjoyment out of youthful experiences.

In addition to singing and writing her own songs, Cartelli plays piano. She accompanies herself with the piano in the video. At just 16 years old, she is already accomplished and could perhaps be called a prodigy. Cartelli’s success did not come overnight; she started playing guitar in middle school, and also took voice lessons.

Cartelli started on piano even earlier, at age five. She has said in Nantucket magazine that “my parents never had to make me practice…they would actually have to try and get me off the piano.” With that level of determination, Cartelli was bound to be discovered and brought into the music industry.

In 2016, the discovery happened in true Hollywood fashion. She was playing with a friend at a local Nantucket bar. A bartender made a video of Cartelli’s singing and decided to post it to Facebook. The video rapidly gained thousands of views. People were drawn to Cartelli’s talent.

Those viewing the video included the producers of The Voice. They were impressed enough to offer Cartelli a trip to New York and a private audition. Cartelli talks about not believing the message when she and her parents received it, thinking someone was tricking them.

But the offer was real. Cartelli flew to New York and wowed the producers, earning herself a trip to Los Angeles where she was able to compete in front of the Voice’s four judges. She did not get on that show, but earned a spot on season 14 after producers invited her to come back and audition.

Now, in this video, Cartelli is singing and playing her heart out for The Voice’s new Cross Battle. This competition adds a new element to the suspense of wondering who will make the cut–performers do not see who they are performing against until they come onstage.

But if anyone can handle that pressure, it is Brynn Cartelli. Cartelli overcame adversity and rejection to earn her spot in pop music, and now she has a burgeoning career as a performer. It is kind of amazing to think she has accomplished so much and is still under 18. She is poised to release many good songs over the next few years as she grows in popularity.”