In this mystical forest shot, a lone violinist stands beside a burbling creek while the first measures of Josh Groban’s instantly recognizable hit appear seemingly out of thin air. What could make for a more beautiful scene?

Taryn Harbridge, a violin virtuoso who has been playing her instrument since the age of five, has become an internet sensation due to her breathtaking arrangements of our favorite worship and contemporary songs.

With this woodsy cover, she tackles one of the most iconic pieces of the 21st century – Josh Groban’s 2003 Grammy-nominated record breaker “You Raise Me Up.”

Harbridge’s striking tone elevates this classic to new heights, while Groban’s picturesque lyrics “you raise me up, so I can stand on mountains, you raise me up to walk on stormy seas” seem to take on a whole new meaning. 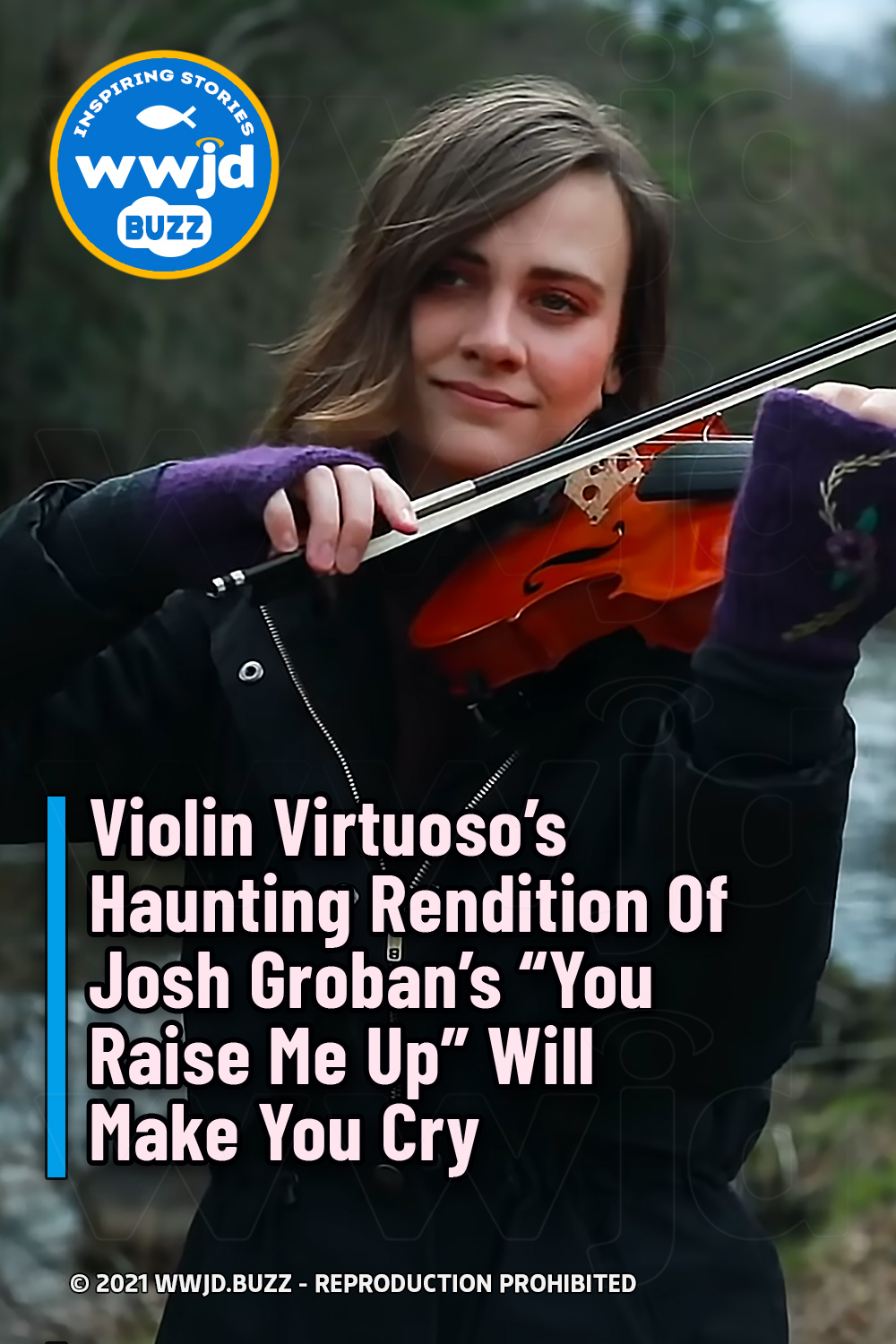