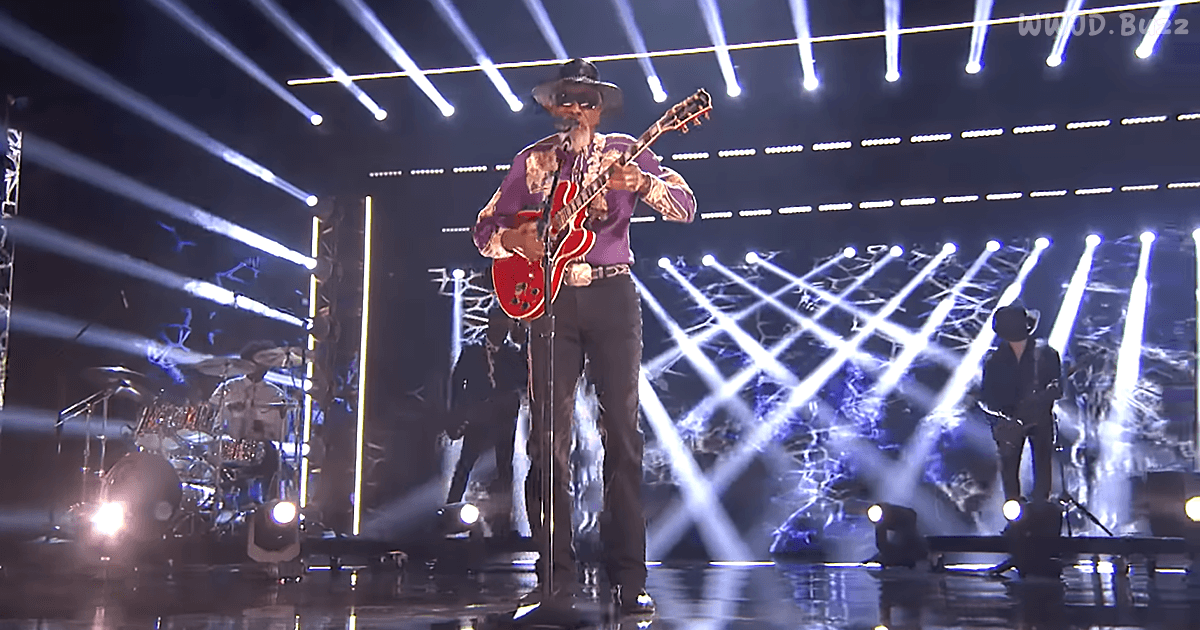 Take a trip through time and listen to the soulful sounds of this aging blind Vietnam war veteran &artist. His delivery shows us all exactly what a young spirit can do on stage when it’s inspired. Robert Finley earns the respect of the panel with a unique voice that captures the meaning of his words perfectly.

The judges had no choice but to rise to the feet and clap in appreciation of an act filled with emotion. His show proved just how much soul Finley truly has as he stepped up to sing an original song quite fittingly entitled ‘Age Don’t Mean a Thing.’

Conjuring up the true essence of legends like ‘BB King’, Robert Finley has lifted himself to the level of all-time greats through just a single performance. Fans are calling in for this soulful singer to be signed after the show – you’ll soon see why.

Prior to his audition, Finely shared that he hoped that Simon Cowell would like his act. Well, Simon loved it, saying “The finest wines are the ones that stay in storage for a few years, and then they become beautiful, and that’s how I feel about your voice — you don’t have that voice when you’re 17, 20 years old.”

Both judge Julianne Howe and Gabrielle Union loved his performance. Rising to their feet as they enjoyed the show and praising the artist for his passion.

With no vision and motion encumbered by aging, this star confesses to rocking and rolling in a rolling chair at home. There is nothing that holds him back as he puts on the performance of his life, time, and time again. Tons of adoring fans have praised him on social media.

’AGT’ has allowed Robert to live his dream, at last, delivering his distinct Louisiana charm to masses of fans across the world. Watch him perform to see someone who knows how to capture life in the moment.