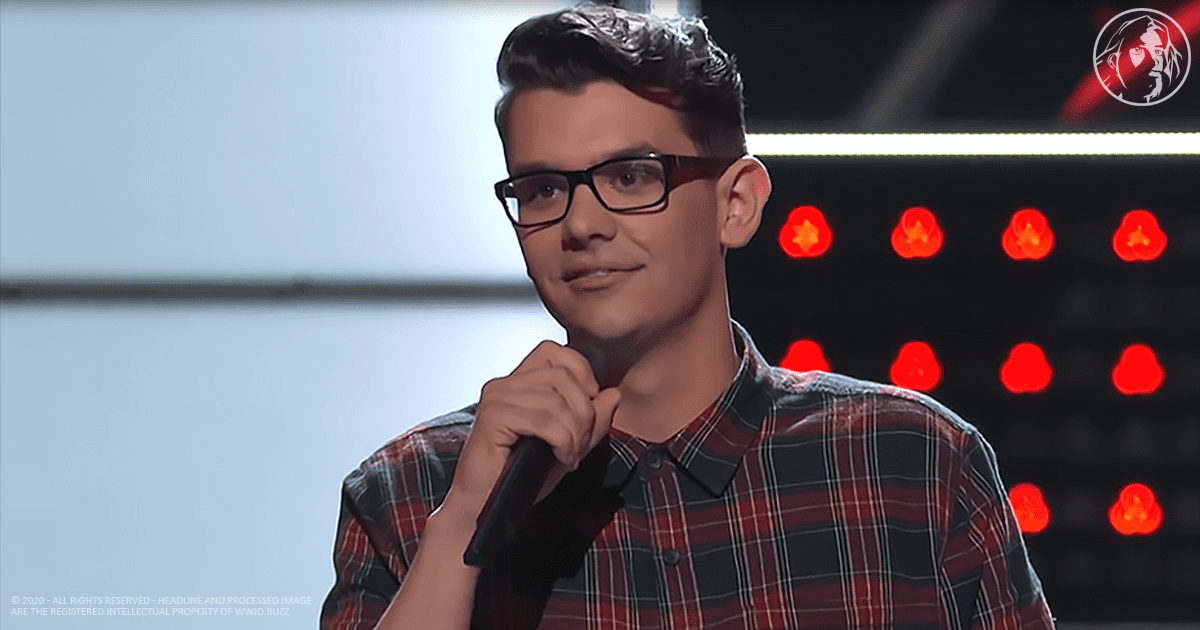 Andrew Jannakos Has ‘Voice’ Judges Fighting Over Him.

We will definitely see Andrew Jannakos in the finals. Fans suspect his decision to go with Adam for his coach was a strategic move, and predict he will branch out into other genres, so keep an eye on him!

Andrew Jannakos, a Georgia native, shocked the world recently when he appeared in his blind audition on ‘The Voice.’ Andrew chose to sing ‘Beautiful Crazy’ by country music singer/songwriter, Luke Combs.

“Beautiful Crazy” was written in 2016 by Combs who collaborated with Wyatt Durrette III and Robert Williford. Combs is a relatively new artist on the Country music scene, but he is the first to have his first five entries hit the number one spot on the Billboards Country Airplay charts. His songs have also hit number one on various other charts throughout the last few years.

Now you might be aware that Luke Combs does not fit the typical Country and Western singer mold either. He looks like your typical average guy. He is rarely seen without a baseball cap on, but he has a dynamic voice that is unique and makes people take notice instantly. Starting to sound familiar?

And much like Luke Combs, Andrew Jannakos has a deep bellowing voice that is shocking when you see his small body frame. His sound is that of an old school Country singer that has been in the business for decades, yet he is young and like Combs does not have the appearance of a typical singer for this genre.

In a recent interview with the Gainesville Times, Andrew said, “I think the thing they saw in me was the power behind my voice. I mean I’m 175 pounds, and I don’t look like I’d sing the way I do.”

This specific competition only left Jannakos with two choices to be his mentor for the season as Blake Shelton, and John Legend’s teams were already full.  Adam Levine was the first to turn, and Kelly Clarkson soon followed. They were both shocked at what they saw in Andrew.

Shelton attempted to convince Andrew that the best decision would be to go with Kelly Clarkson as she has experience with Country music stars. Adam Levine took the time to let Jannakos know that he should be the choice because he could give him diversity. Andrew ultimately chose Adam Levine to guide him through the season.