The U.S. Navy Band is filled with talented performers, and the different parts of their band (the full band, the vocal leads, the instrumentalists) all have an important role to play in their performances.

The arrangement of this song version is perfectly suited to their playing style, and it begins slowly and softly. That opening at once sets this version apart from its predecessors. 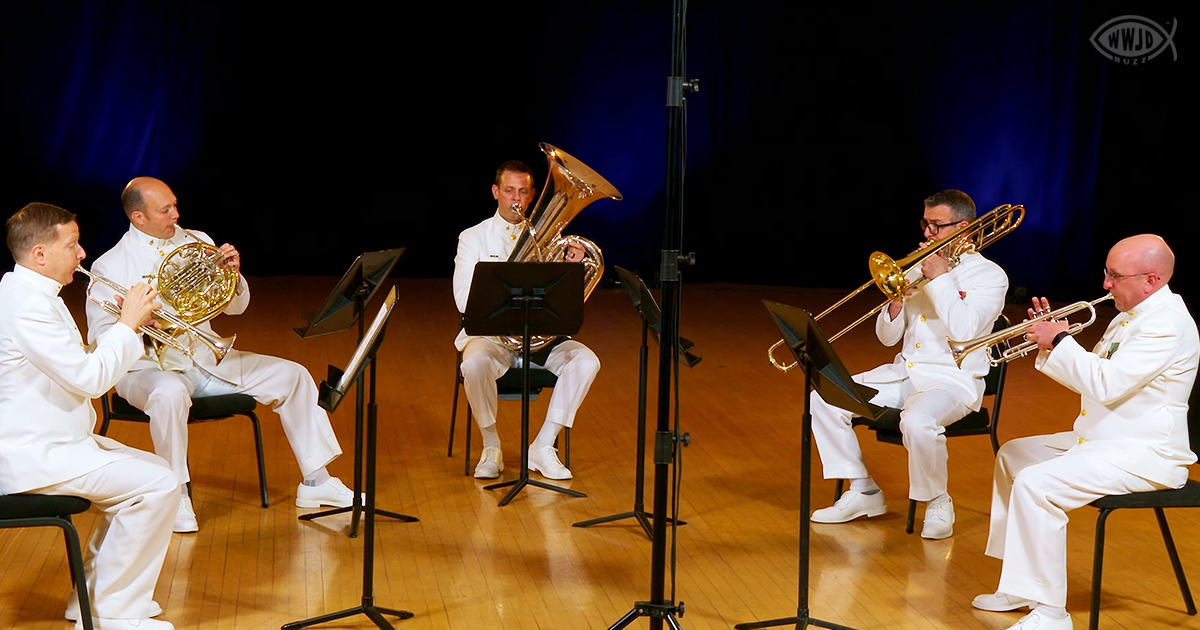 With the trumpet player taking the lead nearly throughout the song, the other players fill supporting roles with masterful performances, and all five players manage to blend their sounds seamlessly.

As the song continues, it builds toward its stunning peak, and people listening both in person and at home will probably find themselves singing the words along with the band as they play.

There are many ways to honor soldiers and military personnel, but one of the best ways is through the gift of music. The U.S. Navy Band brass quintet offered a wonderful gift to these servicemen and women with their song.

Although most people have now heard ‘America the Beautiful’ at least once – and probably many times – it is worth listening to the military band play its version of the song. The sincerity and understated beauty is a gift in itself.