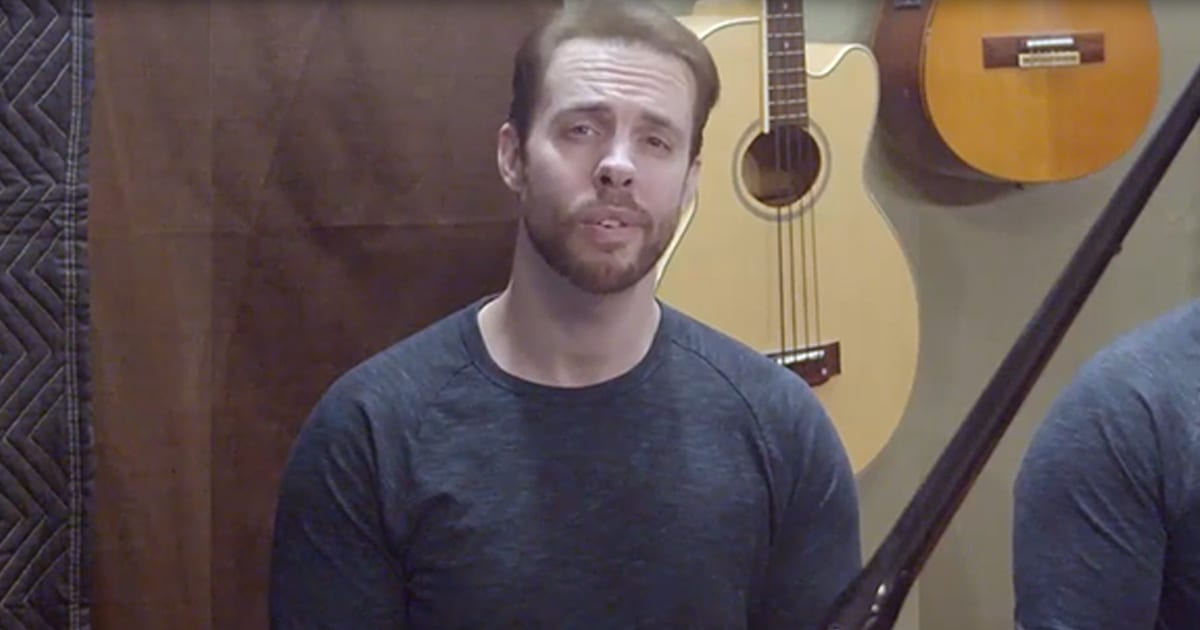 It can be discouraging being a musician during the coronavirus pandemic, where we are all self-quarantined at home for the foreseeable future. To overcome this challenge, one vocalist had to get creative in his newest video.

In this stellar arrangement of Simon & Garfunkel’s hit “Bridge Over Troubled Water” vocalist Chris Rupp not only sings lead vocals but also takes on the role of background singer and piano player. In this stunning display of range and creativity, Rupp shines as a true “one-man-band.”

Though “Bridge Over Troubled Water” has been performed by several different artists over the years, including stars such as Elvis Presley and Aretha Franklin, Rupp puts his own spin on the classic with this arrangement. Featuring a syncopated piano groove and perfectly blended harmonies, this beloved melody has never sounded quite like this.

As a former member of the world-renowned group Home Free, winners of NBC’s The Sing-Off in 2013, we already knew that Chris Rupp had killer vocal chops and an ear for harmonies. However, with this new video, we can’t help but be amazed.