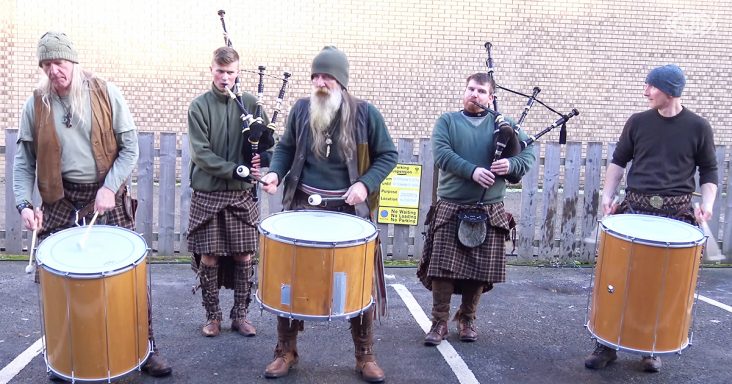 Wearing kilts and warm clothing a band plays a song called ‘Ya Bassa.’ The name comes from the ancient Gaelic war cry “aigh bas,” which means “battle and die.”

They are a traditional Scottish tribal band called Clanadonia. Their aim is to keep their heritage alive by playing songs based on their history. It is clear that they love what they do.

While playing the upbeat battle song, the bearded fellow in the middle moves and dances along with the music. He appears to be the head or leader of this band. 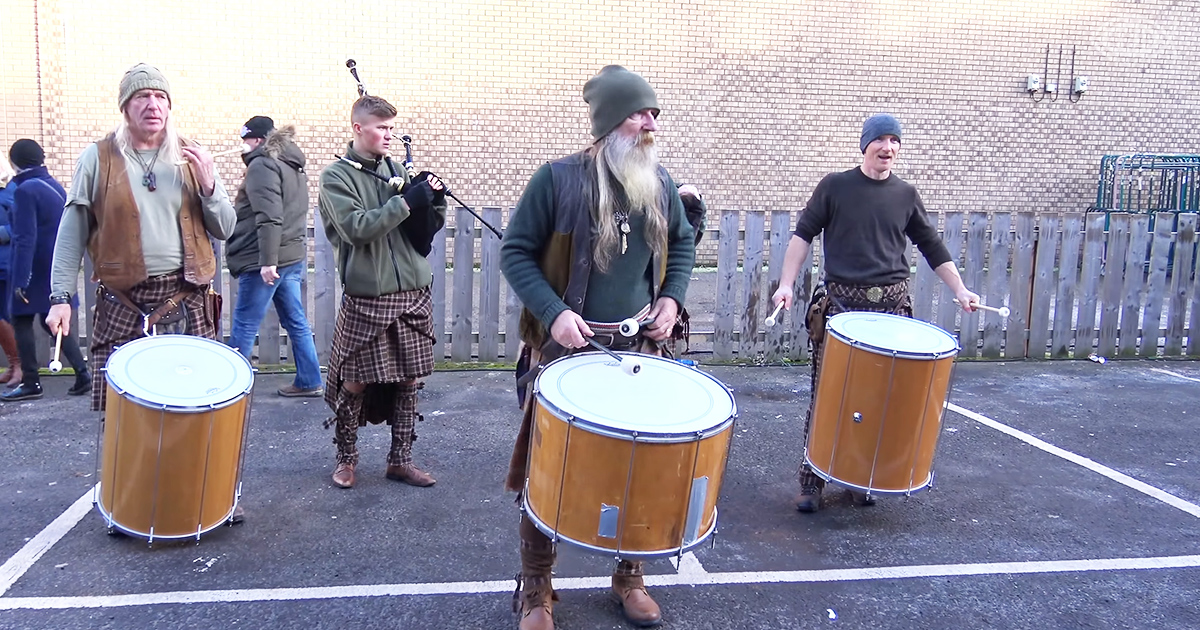 If they were in battle they would be near the front of the march, making sure everyone could hear their inspiring music. It would be hard not to move your body while listening to them play.

Their joy is infectious, each of them tapping their feet as they play. The drums fill the heart with passion and fire, while the bagpipes are joyous and energetic.

They play together wonderfully, looking at each other as the song continues on. They are very comfortable together, feeling the music as it comes to an end. On one final beat, they abruptly finish playing.

As far as traditional bands go, Clanadonia is definitely one of the coolest ones out there. They dress the part and the music they play is exactly what you imagine their ancestors listened to.