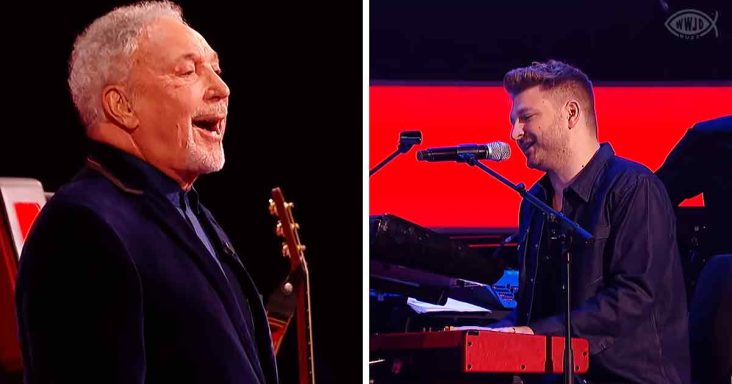 When Peter Donegan stepped onto the stage of The Voice, Sir Tom Jones had no idea who the surprise performer was, but when Sir Tom Jones spun his chair around in response to the young man’s voice, his eyes filled with tears. 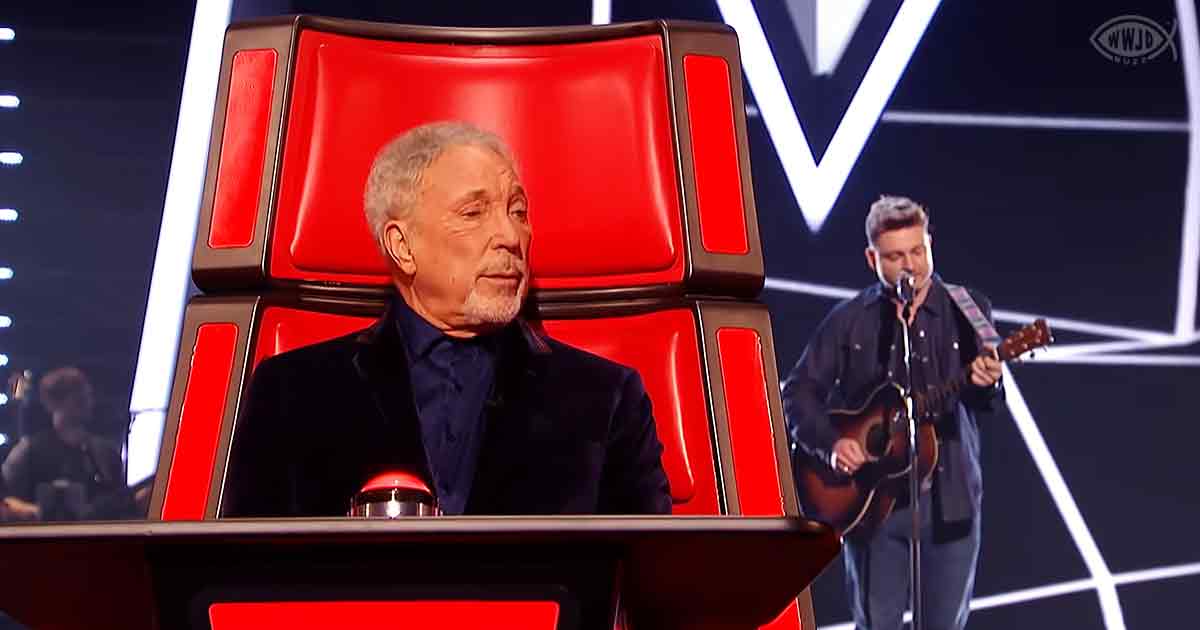 Peter Donegan was the son of one of Sir Tom’s oldest friends in the entertainment industry, Lonnie Donegan. For those who were not around to experience it, Lonnie had a huge influence on British pop in the 60s.

Lonnie Donegan wrote the song “Never Gonna Fall in Love Again,” a song that Sir Tom Jones sang earlier in his esteemed career. Tragically, Donegan Senior passed away in 2006, but his memory lived on in the two men on the stage.

Most of the time, that was where the story would have ended. Sir Tom Jones would have spoken with the contestant and taken him under his wing for the competition portion of the show.

Instead, Sir Tom shocked the audiences around the country and his fellow judges by asking Peter, “Do you know the song that your father wrote for me? Shall we do it together?”

Peter Donegan took his place behind a piano, and Sir Tom Jones joined Peter on the stage. Together, the two men sang a heartfelt duet that audiences around the world felt.

The moment was especially tender for Peter. “So proud to perform my dad’s song with Sir Tom Jones,” he later said in a tweet. “A very emotional moment for me and I’m sure dad would have been proud.”