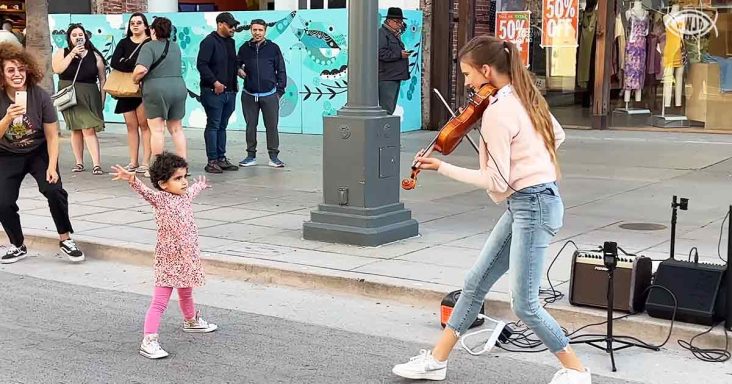 Imagine walking the streets, just doing some daily shopping, and hearing a virtuosic violin player performing in the street. That’s precisely what happens every time Karolina Protsenko sets up her gear and performs. 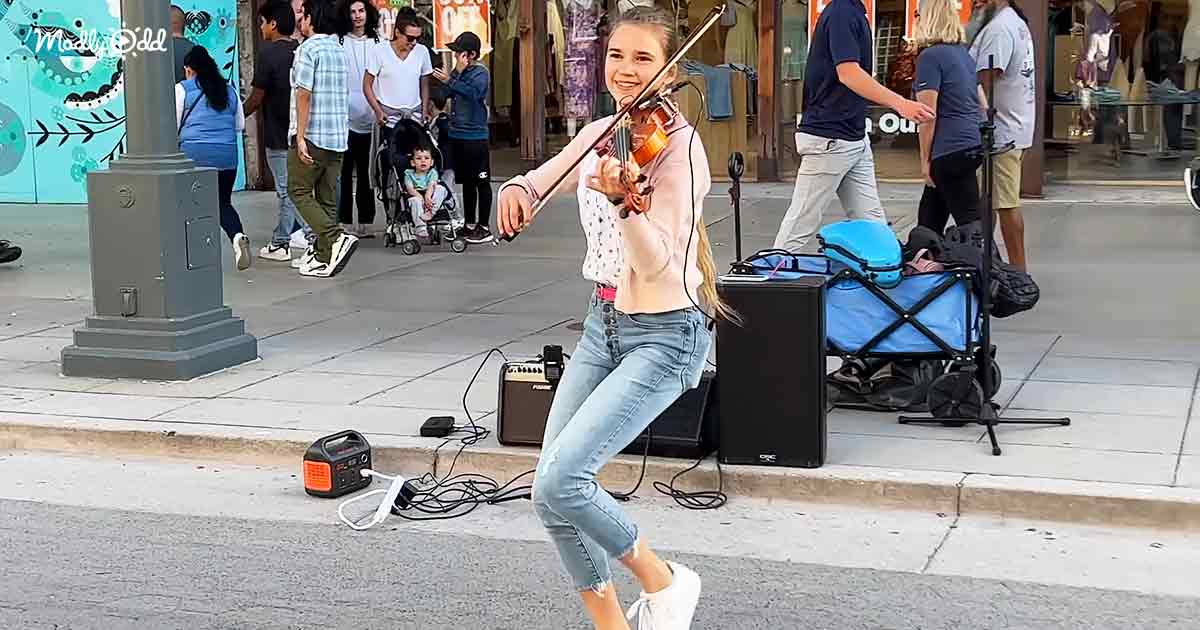 In an open-air space, the amazing Karolina dances all around as she plays. Her energy is undeniable and contagious. People passing by even give her money for her electric performance.

She begins the show with a bow to acknowledge the audience’s love. Then, she starts playing her instrumental version of Dua Lipa’s ‘Levitating.’ The drums and bass back her up on the portable sound system. 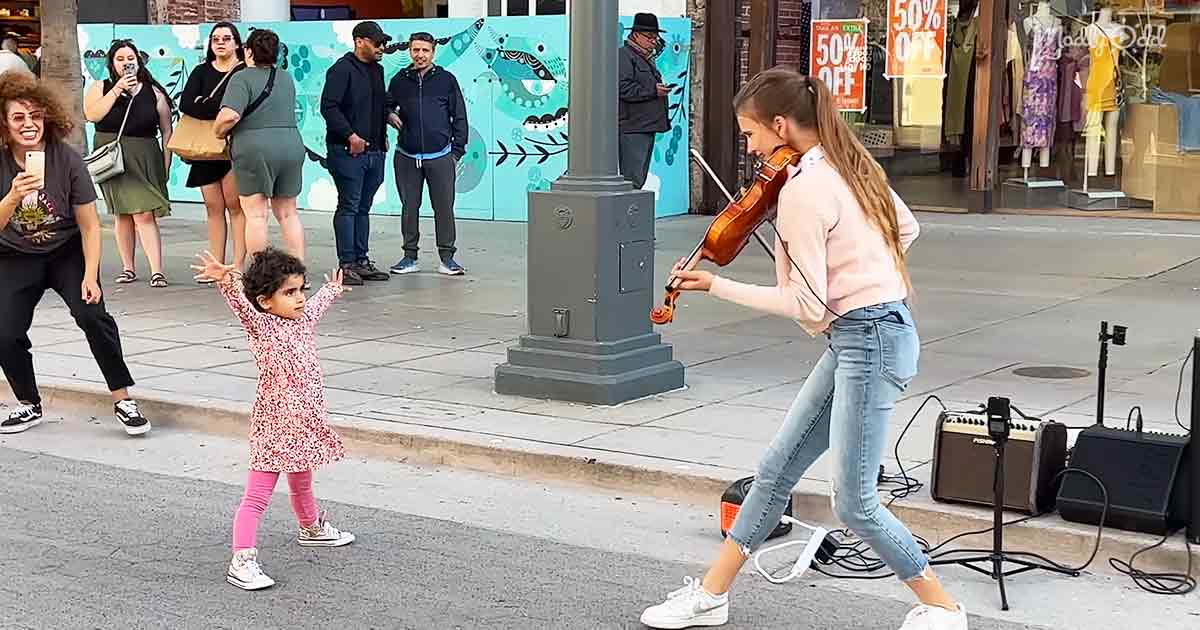 This time a young toddler girl wants to get in on the action. By the time the song hits the 2nd chorus, this little girl is dancing right along with Karolina in the street. She isn’t afraid to show her moves, bouncing and nodding her head as she moves.

The two girls are now finishing the song together. They both have big smiles on their face, and each one is enjoying the other’s efforts. It is a beautiful moment that proves music is the universal language. 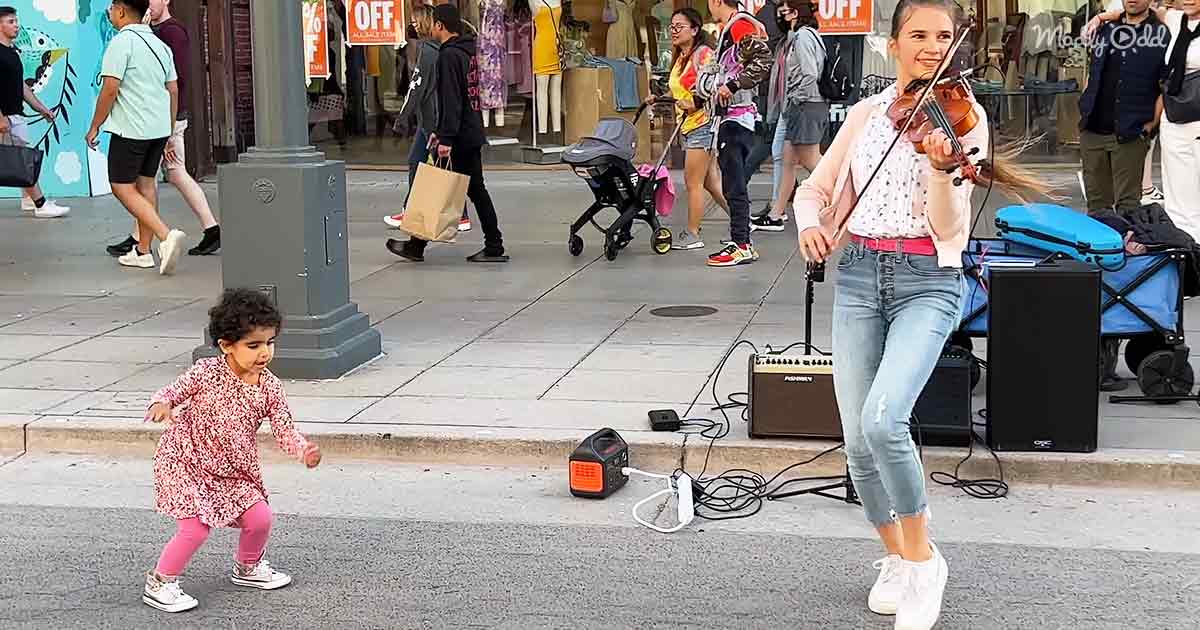 Karolina Protsenko is 13 years old, and she performs as a violinist. She was born in Ukraine into a musical family, and her parents play guitar and piano. Their family moved to the U.S. years ago when she was 6 years old.

Karolina received classical training at an early age. She has three YouTube channels, along with Facebook and Instagram. In only four years, her fan base has grown into more than 10 million followers in over 50 countries. 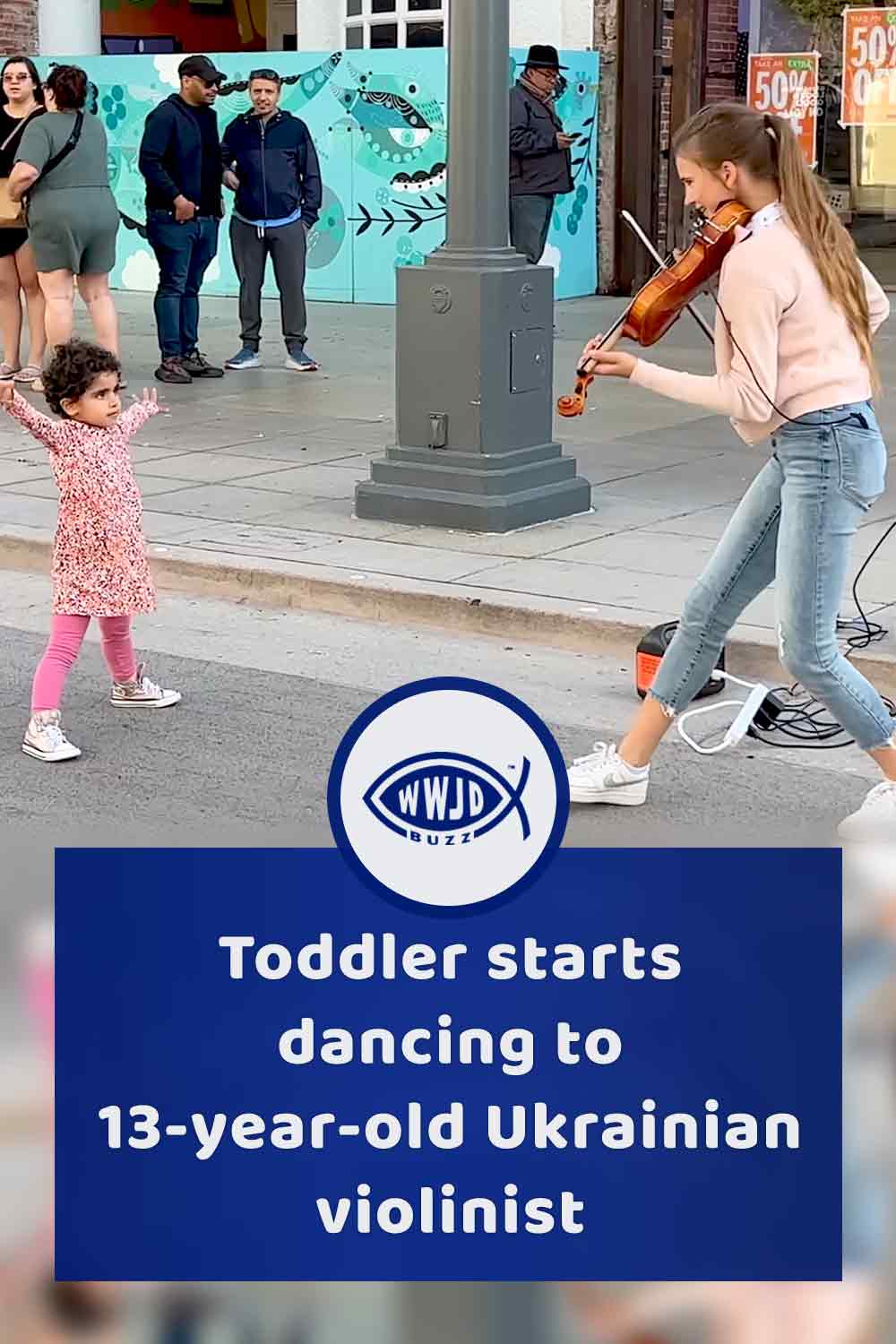