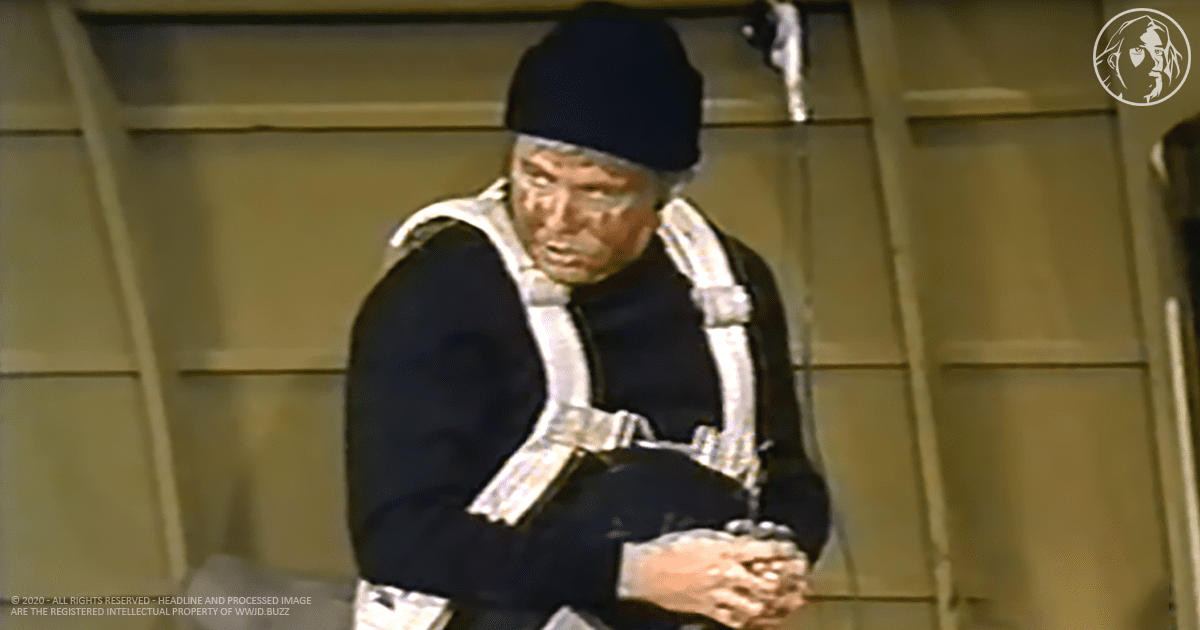 Harvey Korman and Tim Conway just might stop a Nazi regiment by blowing up a bridge — if they can make it out of the plane without blowing themselves up first.

The best thing about The Carol Burnett show was (other than Tim and Harvey), the quality of the sets and the writing. The sketch you’re about to watch is no exception. Very rarey even today do we see such production values, let alone such comedy.

Who can forget the timeless humor of The Carol Burnett Show, which is enjoying a second life thanks to the Internet? If you remember gathering with your family in the living room every Saturday night to watch this madly entertaining variety show, then we bet you’re smiling right now remembering those hilarious sketches.

Tim Conway and Harvey Korman were series regulars and always brought hilarity to any sketch either of them was in separately. When paired together, the result was a comedy dynamite.

In this outrageous sketch, Korman is an officer tasked with making a dangerous nighttime jump behind enemy lines to blow up a bridge before the Germans can surround our troops.

Korman plays an officer who’s a professional espionage man through and through, which makes all the more hilarious his discovery that his demolitions partner is the bungling Tim Conway.

Harvey’s character loses his cool when Conway’s demo expert has remembered to bring the map, but refuses to show it to Harvey until he’s thoroughly checked the plane, including on the outside, to make sure they’re alone.

You won’t believe where Tim has hidden the map! Let’s just say it has Korman breaking character and doing everything he can to stifle his laughter.

You’ll roll in the floor laughing when it comes time for them to put mud on each other’s faces as part of their camouflage and Tim treats it like a cosmetic facial.

That’s all we’re willing to say except this timeless gem of a sketch ends with a, well, bang. Make that two bangs.

“Tim Conway & Harvey Korman are right up there with the likes of fellow comedy geniuses Laurel & Hardy, Abbott & Costello,” wrote one appreciative fan of this video.

“Korman was thinking: I don’t need to see his nipples. I knew Conway was about to do something creative with the face paint,” wrote another.

Did you know that Harvey Korman and Tim Conway first worked together on The Danny Kaye Show? Nearly a decade would pass before they reunited as series regulars on The Carol Burnett Show in the 1970s. The rest is comedy history.