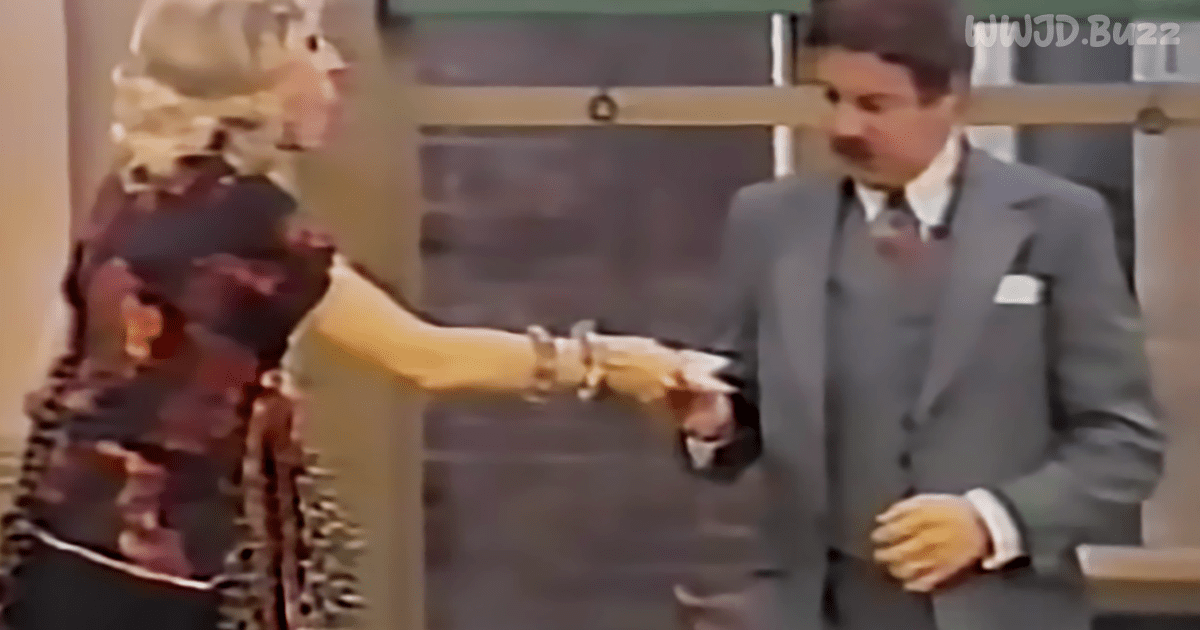 Tim Conway was the prankster of the Carol Burnett Show. He was able to crack up his fellow castmates just with an accent. He was also determined to see how far he could go before the director would make them redo it.

This video shows outtakes from a sketch of him as Mr. Tudball that shows Carol Burnett as the caustic and equally inept secretarial applicant, Wanda Wiggins. Vicki Lawrence plays Mr. Tudball’s homely wife.

The sketch starts with Mr. Tudball interviewing an applicant to be his secretary. She hits all the marks, excellent shorthand, types REALLY fast. Mrs. Tudball rejects her because this applicant also happens to be WAY prettier than her.

Mr. Tudball regretfully declines her application, and wistfully watches her walk out of the office. “Boy, am I sorry. Seeing something like this makes me wonder if Father Duffy isn’t full of (BLEEP).” Well, the audience loses it, and after a few seconds, the director yells, “Cut!”

Conway innocently wonders what went wrong. After one more repetition of the blue phrase for laughs, he continues. Wiggins enters and asks which one is Mr. Tudball. Exasperated, he motions to her. She says she’s looking for a job, and hands over her “resume” to him. It’s blank, save for her name. She says that her prior work history was with Father Duffy, and she didn’t know he was full of (BLEEP). The audience goes wild again.

They resume, and they get to the point where Wiggins is hired. Lawrence has been sitting there with a patiently bemused smirk at the other two crack-ups, and she gets her revenge. Right after Wiggins is hired, she says, in her annoying goofy voice as Tudball’s wife, “Well, I guess I’ll leave you two funny (BLEEPERS) to get to work.”

There’s a split-second pause, and then both Burnett and Conway just almost fall over laughing. Lawrence says, “I’m going to see Father Duffy.” Wasn’t this HILARIOUS? I always love outtakes from that show and “Mama’s Family.” They will never again have comedy as pure as this.