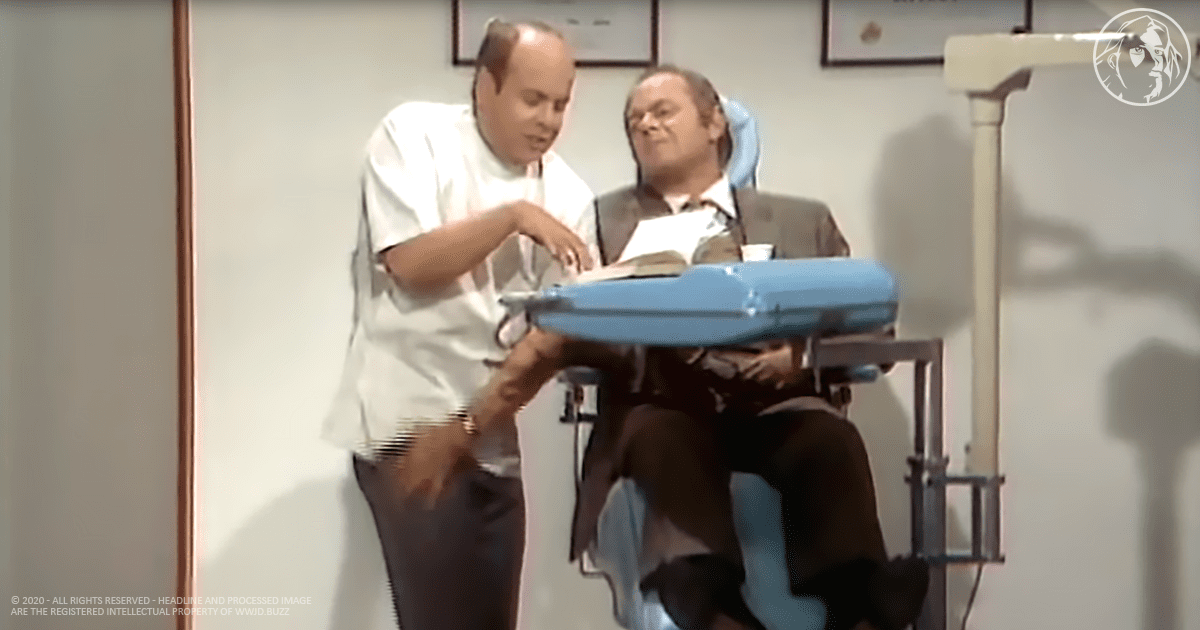 A native of the Cleveland area, Tim Conway began working on local television projects in the late 1950s, including writing material for comedy sketches. Even though he was still only in his late twenties,

Cleveland wasn’t big enough to contain Conway and before long, he was a regular on The Steve Allen Show. In the mid-1960s, he achieved even greater fame with a role as a bumbling character on McHale’s Navy.

The Dentist sketch is truly a timeless gem. Can’t forget the “Elephant” sketch either. Watching poor Harvey and Carol trying to stay in character is amazing. Every time I see this clip, it gets me!

The sketch features Conway at his comedic best, so much so that co-star Harvey Korman totally lost it on camera. He laughed so hard he wet his pants! “Yes, and I’m very proud of that, too,” Conway deadpanned to O’Brien (in the second video below). Before the actual sketch is shown, Conway describes the real-life dental mishap (from his stint in the Army) that inspired it.

In 2013, the comedy legend appeared on Conan O’Brien’s late-night television talk show. As soon as Conway starts chatting with O’Brien about his early years, he’s firing out zingers, poking fun at himself, his hometown, his alma mater, and of course, the audience. Conway’s deadpan style and great timing are still in perfect form.

At any rate, HERE is what you’ve been waiting for. Hit that play button right now and get ready to laugh out loud.