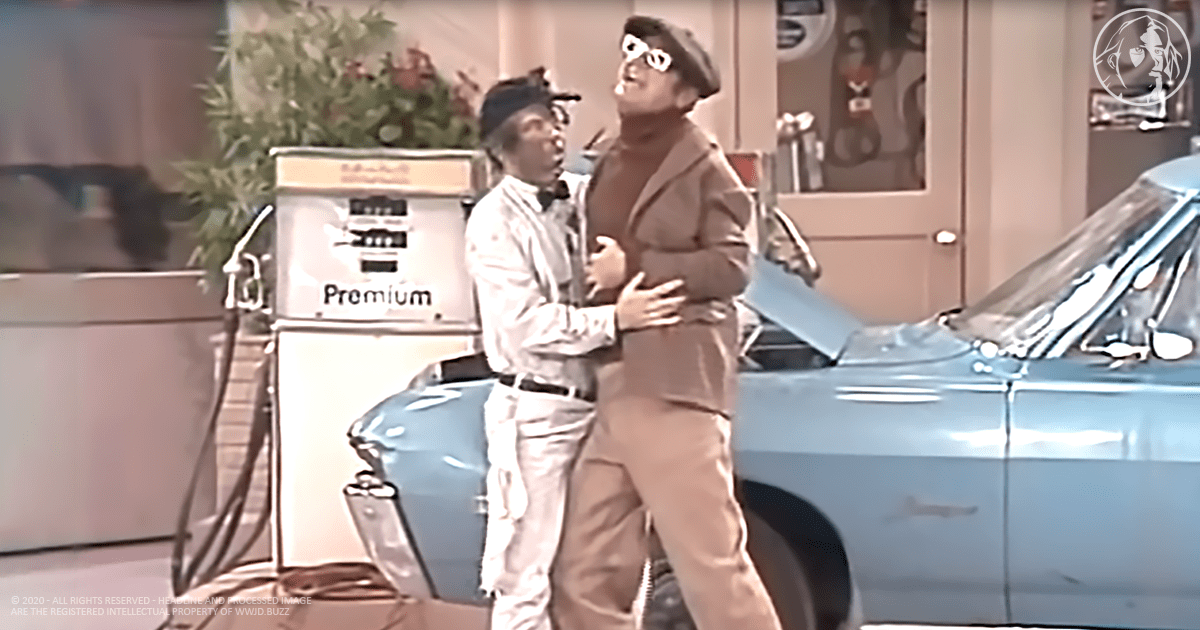 There are many things that I’ve forgotten from my childhood. I’ve forgotten friends, teachers and even a lot of special occasions. But the memories that I will cherish forever are the evenings spent with my beloved family watching the “The Carol Burnett Show,” laughing our hearts out.

The TV show was a thing that everyone looked forward to for the whole week. Even my dad came home early every Saturday evening just to be able to watch it with us.

One of my favorite episodes includes the Service Station Attendant sketch. It’s one of the short ones but also the funniest.

Starring perhaps the most famous duo of the 70s, Tom Conway and Harvey Korman nail it in this episode with their outstanding chemistry.

Harvey Korman plays a bank robber named “Willis Specks Twirginson” fleeing from the state with 60,000 dollars in cash. But stopping at the “Blue Ball Service” for gas becomes his first and final mistake. Playing the Service Station Attendant is Tim Conway who is as unqualified for his job as anyone can be.

The clip starts with the robber pulling up at a service station and demanding gas. Conway quickly runs up to him and what follows is what I believe to be the best beginning of any Carol Burnett sketch ever.

Tim bursts into a gas station jingle despite the customer’s visible haste. He executes the song so perfectly, both verbally and physically, that the audience bursts out laughing. (That kind of rare comedic styling and impeccable timing fans always reminds me of Robin Williams.)

Even as the robber hurries for gas, the attendant pays no heed and starts cleaning the car windows. From the inside! To this, Harvey can no longer contain his laughter, breaks character, and cracks up inside the car. The audience goes nuts over this hysterical segment.

Extremely perplexed now, the robber gets out of the car and pulls out his revolver, but that doesn’t seem to affect our hard working service attendant even to the slightest. After an unsolicited oil check and a suggestion to use the “cleanest restrooms in the state,” the robber threatens to drill him full of holes if he doesn’t give him the gas immediately.

What happens next proves to be the funniest point in the whole sketch when the attendant inserts the oil-checker in the revolver barrel and says “You’re down two bullets.”

Finally, the attendant ends up giving him gas, but the cops surround them and open fire at the robber. In his final moments, Korman lands in the attendant’s arms and exclaims “They got me. I’m going”, to which Conway replies “That’s right you’re going to Hawaii. You won the Wicky Wacky Dollar Contest.” As Korman’s body slumps to the ground, the episode ends with two girls in Hawaiian outfits dancing beside him.

While another admits “The Blue Ball song as sung by Conway alone was worth the price of admission.”

Check out the clip here and let us know how you liked it in the comments below.