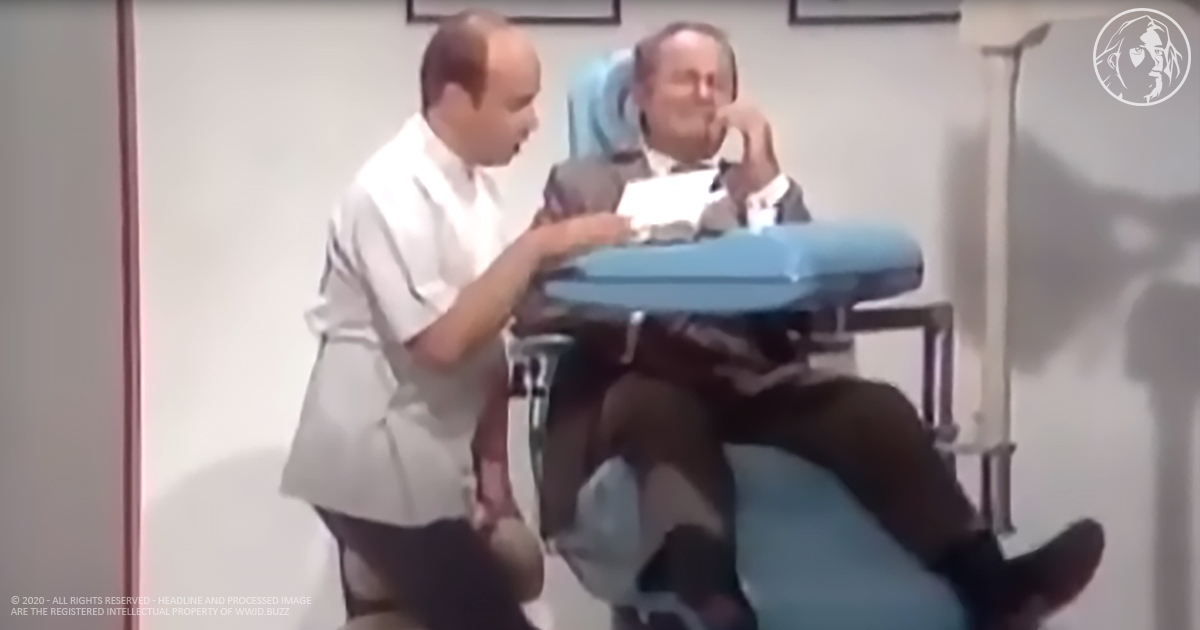 For most of us, a trip to the dentist is nothing to laugh about. But Tim Conway can make anything hilarious. In fact, in this particular sketch, he was able to turn it into something so funny a grown man wet his pants!

Tim Conway grew up in the Cleveland area and by the time he was in his mid-20s, he was already working in television, including writing comedic sketches for local stations. Although he was still just cutting his teeth in the TV business, Cleveland just wasn’t big enough for Conway.

Thanks to his talents, it wasn’t long before he went national, becoming a regular on the Steve Allen Show. By the mid-1960s, he was playing a bumbling character on McHale’s Navy and rapidly becoming a household name. Conway’s talent for sketch comedy really came into its own in the mid-1970s when he became a fixture on the Carol Burnett Show.

The comedy legend was a guest on Conan O’Brien’s late-night television show in 2013. It was a hilarious interview, and right off the bat, while talking about his early years, Conway had the zingers flying. He poked fun at himself, his hometown, and, of course, the audience. He left no doubt that his deadpan style and perfect timing are still in tip-top form.

O’Brien didn’t neglect to ask Conway about the infamous dentist sketch from an episode of the Carol Burnett Show. In that sketch, Conway was in such fine comedic form that co-star Harvey Korman totally lost it on camera. And by totally losing it, we mean he wet his pants.

As Conway deadpanned to O’Brien: “Yes, and I’m very proud of that, too.” Before playing the actual sketch, Conway tells the real-life story of the dental mishap (from his stint in the Army) that inspired it. Conway’s interview with Conan O’Brien, including the full dentist sketch, is posted below. Whatever you do, don’t watch it on a full bladder.