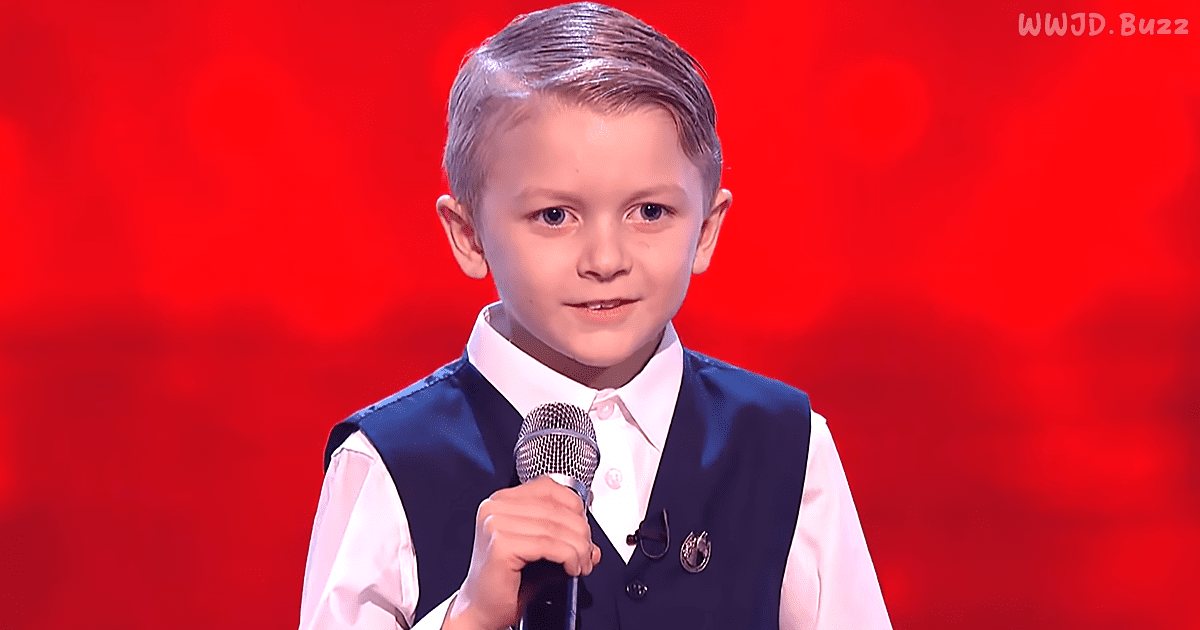 When Shaney-Lee stepped on stage, the audience was immediately taken aback. This seven-year-old’s performance of ‘Take Me Home, Country Roads’ earned him the respect of all the judges on The Voice Kids UK, exuding power &pride as this emerging star sung a song from his favorite genre. However, judge Pixie Lott was the won to win him to her team.

It became apparent that this was indeed a pint-sized cowboy after Shaney-Lee explained where he comes from. This young man lives on a farm, and even rode his pet Shetland Pony to the blind audition. With all this influence, it’s no wonder that our tiny star’s favorite style of music is country.

While the judges could not see the star at first, the whole audience was charmed by his gentlemanly attire and commanding stage presence. In an unwavering performance that shows Shaney-Lee’s early mastery of country style, including the distinctive warble in his voice, this artist got one of the best early starts in music ever drawing global recognition.

The only thing that was more shocking than the superior vocal performance was the look on the judges’ faces when they turned around and saw the composed tiny frame standing before them. From his beautiful rendition of a treasured country song to the manner that Shaney-Lee’s carried himself in the interview following, it’s clear this a superstar in the making.

Singing sensation Shaney-Lee proves his talent on The Voice Kids UK with a heartwarming rendition of ‘Take Me Home, Country Roads’ that packs more emotion than most can muster. You’ll never believe that such a flawless performance can come from someone so small. This just shows you how much a passion for country music can help.