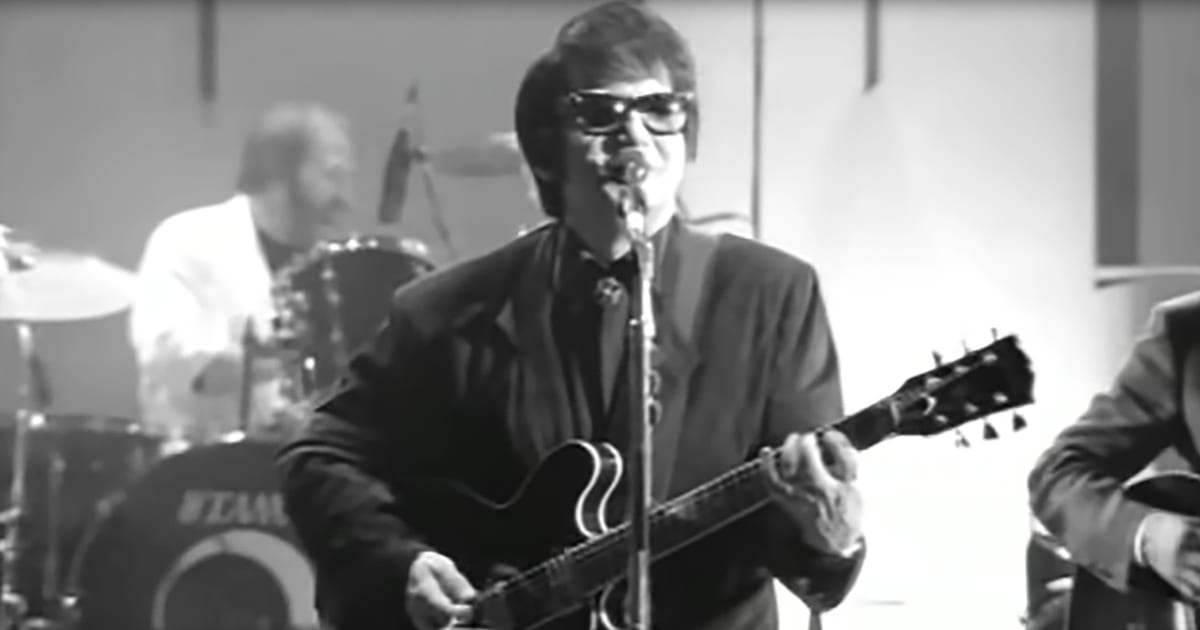 Roy Orbison, or the “the Caruso of Rock,” has a reputation for bringing the emotion out in every song he writes. Just watch as he keeps the crowd on their feet from beginning to end in this stellar live performance.

This clip comes from a 1987 star-studded Black & White Night Concert. While Orbison was the main attraction, the audience was also treated to guest appearances by artists such as Bruce Springsteen, Elvis Costello, and Bonnie Raitt.

These live-music specials were filmed entirely in black and white, intentionally putting viewers in a vintage-inspired mood. As soon as Orbison and the TCB Band play that timeless guitar intro for “Oh, Pretty Woman,”, we’re instantly transported back to 1964.

With stars like Billy Idol and Patrick Swayze cheering them on from the audience, there’s no way Orbison and his band of talented sidemen could fail to impress. We just wish we’d been there to witness it in person.