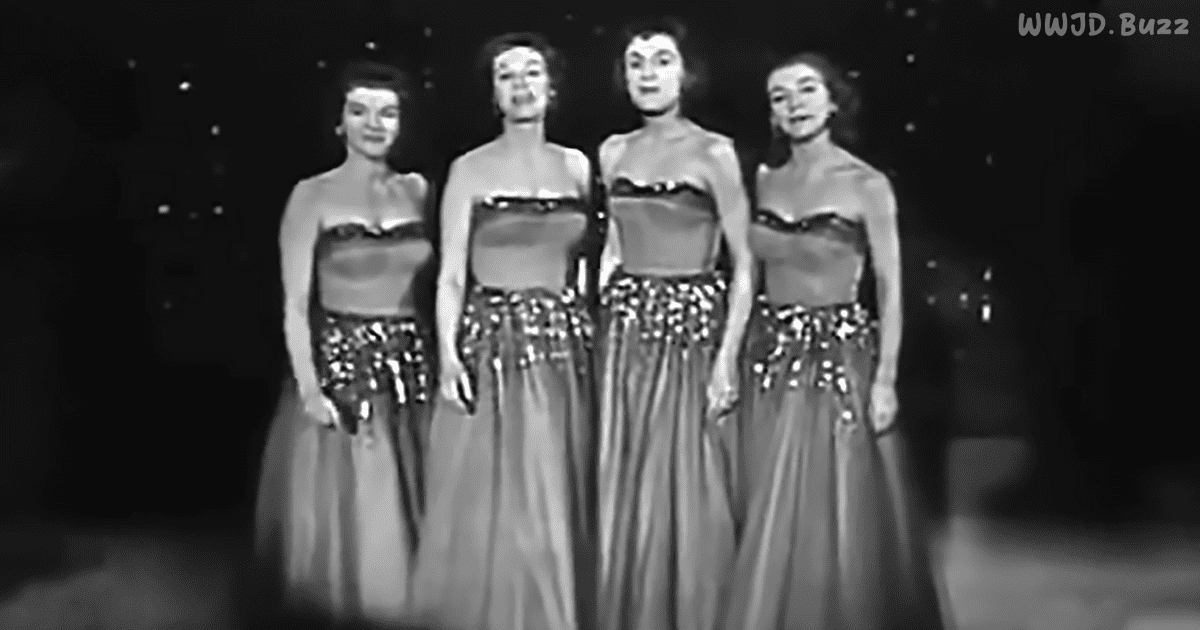 You’ve heard it in a million TV shows and commercials, but have you ever seen the real thing?

“Mr. Sandman, bring me a dream. Make him the cutest that I’ve ever seen.” The year is 1958. Eisenhower is the President, and rock-and-roll as we know it is starting to take shape. But don’t tell that to the Chordettes. The harmonizing girls from Sheboygan–Janet, Alice, Lynn, and Jinny—wowed the airwaves with their mostly a cappella renditions of “Mr. Sandman” and “Lollipop.”

Often compared to a barbershop quartet, the Chordettes strut their stuff in this live TV performance. Remember all of those ‘bum-bum-bums” in the song? You’ll be amazed to see that each “bum” is sung in quick succession by an individual member of the group.  How’d they done that without missing a beat?

In their long, proper gowns and charm, these women evoke a sense of past properness even as the lyrics, racier than you might think, urge Mr. Sandman to bring them a cute man with whom to go to bed.

In one funny bit added just for this performance, Mr. Sandman himself appears onscreen to answer their call, and boy is he young and handsome. You’ll chuckle at this insert shot even as you swoon to the sound of the legendary “Mr. Sandman.”

Did you know that singer Janet’s daughter married Phil Everly of The Everly Brothers? It was undoubtedly a match made in musical heaven. The Chordettes also appeared on the first nationally broadcast episode of American Bandstand, securing their place in American music history.

Despite their fame, the fabulous Chordettes weren’t the first to record this song. The first rendition was indeed done by a man, Vaughn Monroe &His Orchestra, in 1954. But he couldn’t hold a candle to the Chordettes’ inspired version recorded later that same year.

“No cuss words? No drops? No over the top beats? No non-understandable gibberish? No, auto-tune? So pure,” wrote one nostalgic viewer.

“My grandma used to sing this to me when I was a little kid. I love hearing about her stories of being a wild teen in the ‘50s. She’s my best friend, and I’m glad I inherited her love for the ‘50s,” wrote another viewer who enjoyed this trip down memory lane. 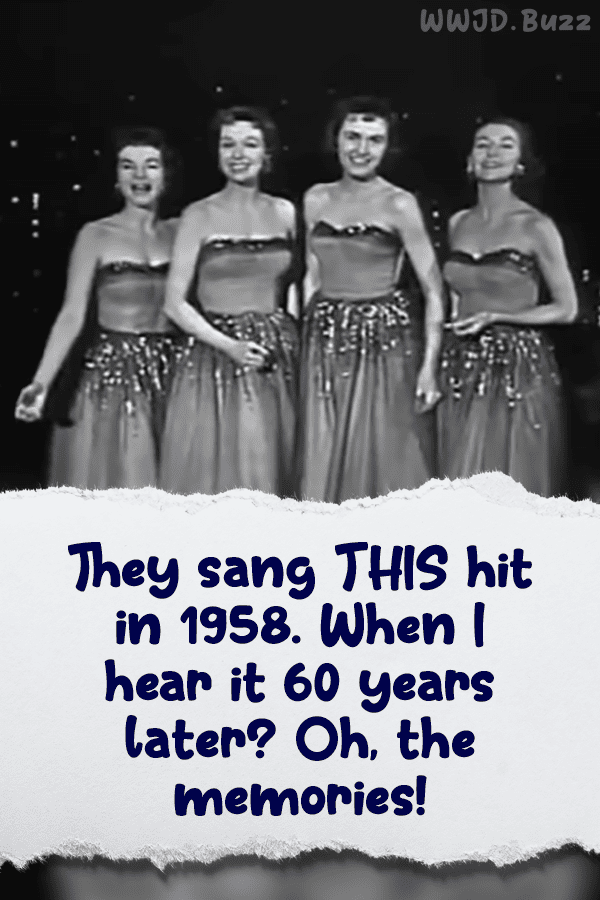