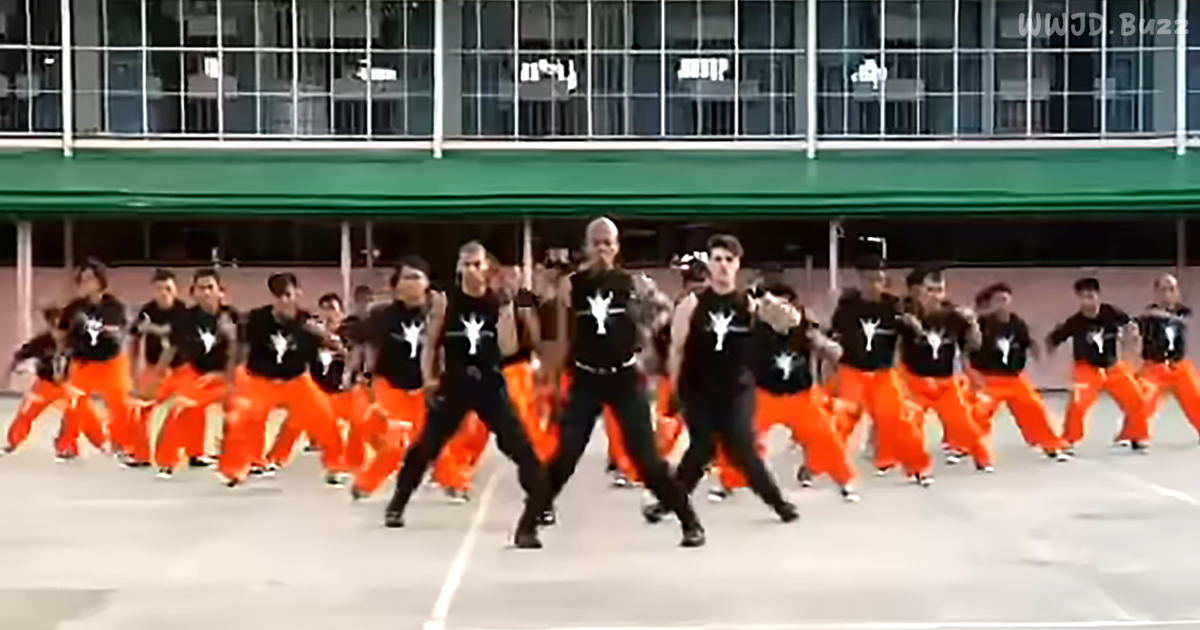 We all know the legendary Michael Jackson as the King of Pop. To this day, nobody has reached his level of fame or been as influential as he has throughout the music industry. Everyone in the world knows his name, and all generations have a great appreciation and respect for his work. His career kicked off when he was very young, and he ended up setting the bar extremely high for everyone else when he got older.

Not only was Michael Jackson, an incredible singer, but his dance moves were unmatched. They’re completely iconic, and his style has inspired many performers over the years. Although he’s passed on, he lives on through his work each and every day as people enjoy his music and perform tributes to him in all sorts of special ways. You can hardly go anywhere without hearing one of his songs, and it’s hard to look at modern pop stars without seeing where his influence comes in.

Captured in Cebu, Philippines at the CPDRC Maximum Security Penitentiary, hundreds of inmates were called to the yard and proceeded to get information. What they ended up doing was totally unexpected. The inmates began going through dance routines that were clearly inspired by the King of Pop’s past performances, showing their stuff as classics like “Bad” played in the background.

It was nothing short of amazing to see these inmates put on such an incredible show. Using the power of dance and music to bring inmates together and engage them in physical activity was a really clever move. Not only was it likely healthy for the inmates to indulge in something this creative, but it just goes to show how irresistible Michael Jackson’s music is.