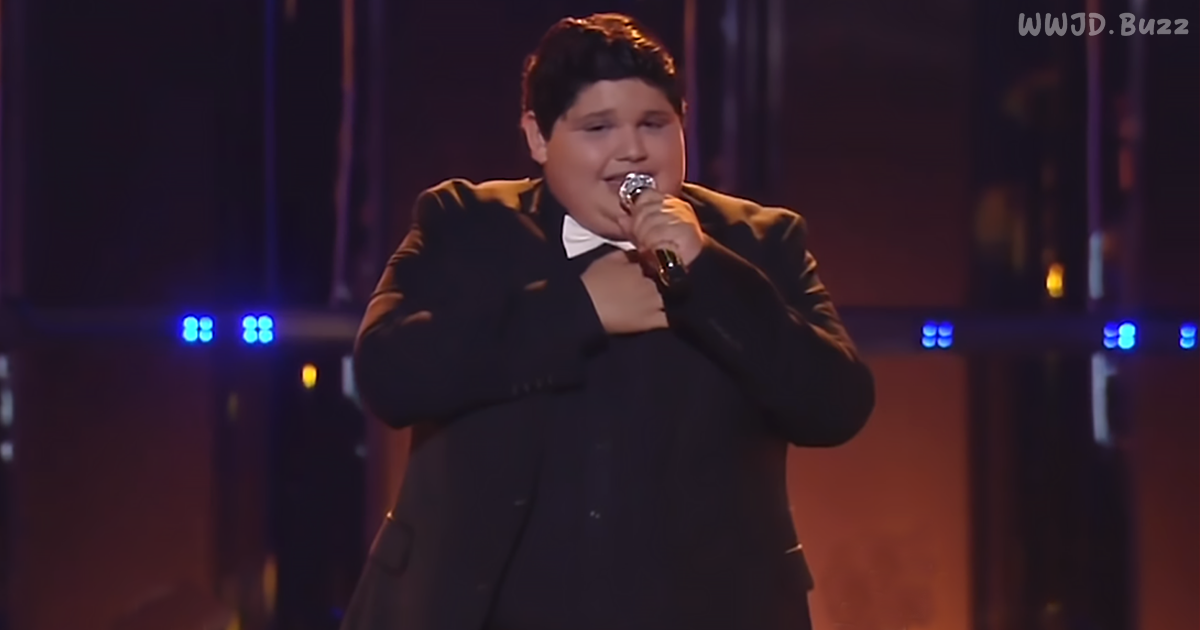 This 14-year old season four winner of La Voz Kids has range and power that far outreaches his years. With talent and delivery like Christopher Rivera has, it’s no wonder that the whole world was shocked by the maturity and emotion in his well-developed voice.

‘The Voice Kids’ runs around the world, but few were expecting the professionalism, vocal range, and flawless delivery of this young man in the Spanish incarnation of our favorite talent show. His performance of ‘Quizás, Quizás, Quizás’ in the blinds wowed the audience and judges while hinting toward the bright future that was waiting ahead for this emerging star.

From the moment that this young man stepped onto the stage, he carried the presence and persona of a master, swinging the same swag and confidence as greats like Frank Sinatra. Christopher’s song certainly did the 1947 classic by Cuban songwriter Osvaldo Farrés due justice.

His following performance only lifts the bar even higher, as Christopher joins together with two other stars to perform ‘Llegaste Tu’ for the ‘La Vos Kids’ ‘Battalas’ round. All three artists harmonize beautifully, but the future winner’s soulful voice soared into all our hearts stealing the show.

In his next act, Christopher seemed to seal the deal for Team Natalia as he sang ‘Que Te Pedi’ by La Pue in the Liveshows, with one of the most amazing renditions of Nat King Cole’s ‘L-O-V-E’ ever seen to follow. English isn’t a problem for this star as he cruises toward the Grand Finale.

The last live show showed us just how much pure feeling he could put into ‘A Mi Manera’ by Vicente Fernández. Finally, ‘Llévame a La Luna or the Spanish version of ‘Fly Me To The Moon’ not only won him the entire show, but it proved that there is so much more to look forward to from this brilliant musician.

Watch Christopher’s entire fourth season winning journey through La Voz Kids and see why he is one of the hottest rising Latin stars around.