Sgt. 1st Class Adiza Jibril leads The U.S. Army Band as she sings Queen’s ‘Don’t Stop Me Now.’ Other members of the army join her, but they are actually lip-syncing to her performance.

Queen certainly has some of the best songs in the world to sing and dance along to. The music video for the band’s cover shows them in different locations.

They sing or dance in their offices. At first, Adiza pretends to be unimpressed when others join her and mouth the words to the song. But it’s all part of the act. 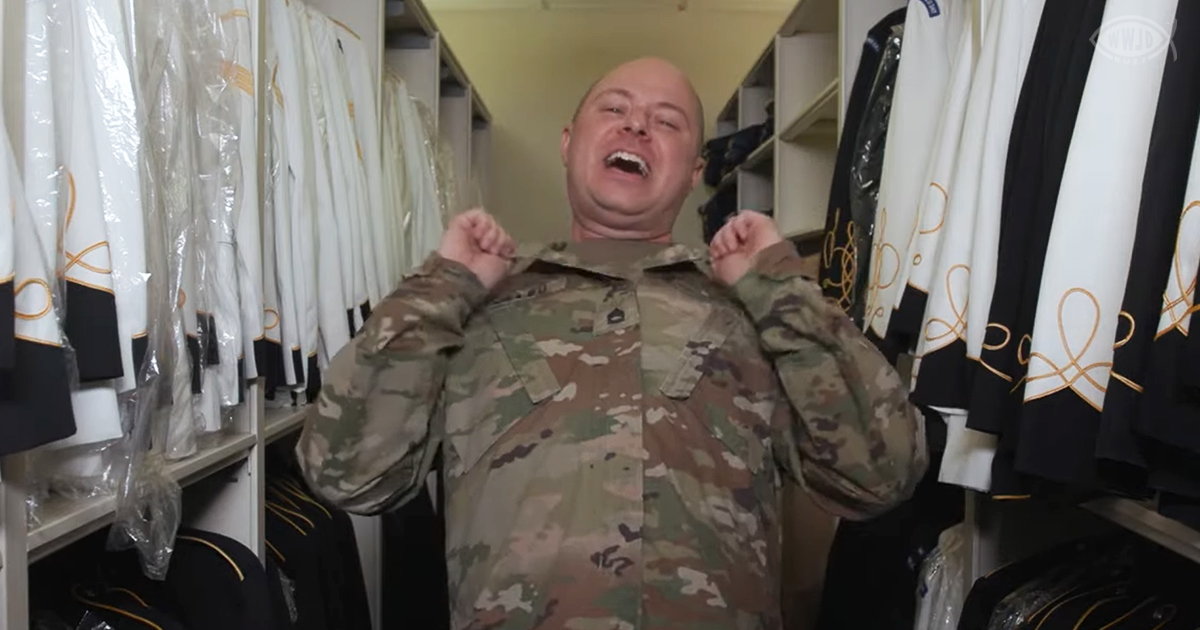 Others take the time to hold up signs that say “Don’t Stop Me Now” whenever the chorus kicks in. It’s an energetic and lively performance that is impossible not to enjoy.

Someone has a guitar solo using a broom and even an air guitar. The members would swipe the camera to throw it to the next person to show off their choreography.

Across from Adiza, a man was sitting on the piano pretending to play it. When he stood up from it, the piano keys could be heard even when you expected it to stop.

Every single person in The U.S. Army Band contributed to the exciting performance. Adiza Jibril is a fantastic performer and an even better singer.