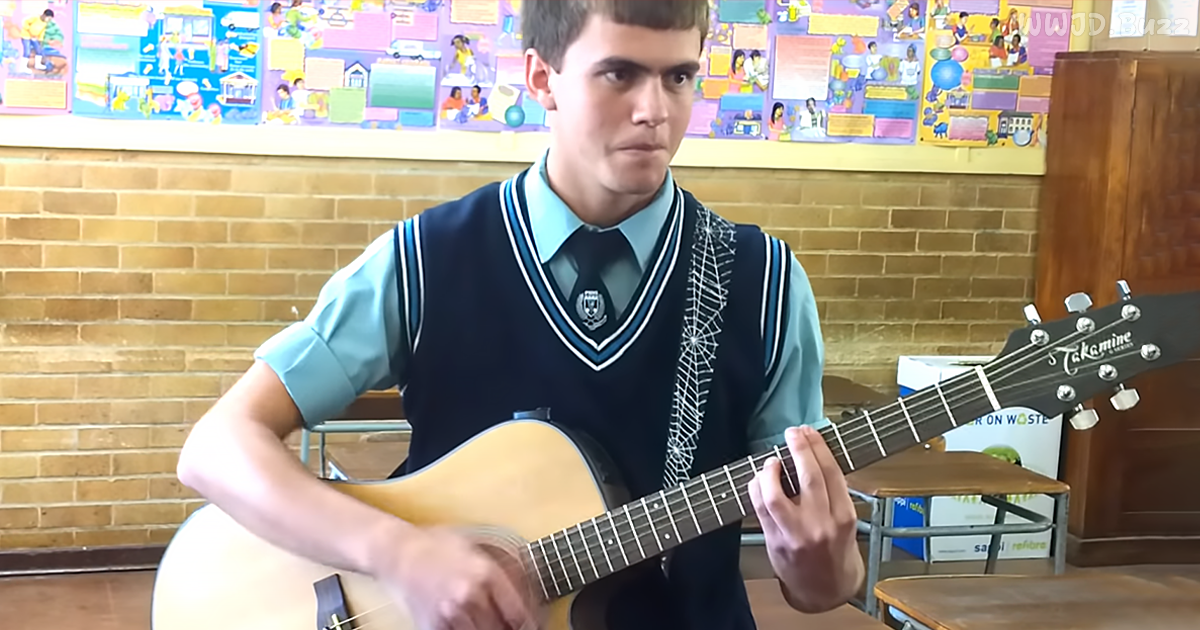 Christiaan Jacobsz is a teenager like any other, but he has impressive guitar playing skills. People have been experimenting with how to play the guitar for a very long time, and through this experimentation, they have come up with different types of music. For Example, they came up with Classical Guitar, Flamenco, and metal.

But Christiaan has a unique way of doing it. He taps the front and sides of his guitar in between strumming it, all while executing all notes with perfection. What’s more surprising is that his fingers move at the speed of lightning over the guitar. This boy has a talent that matches that of a learned musician.

It comes as no surprise that the video his friend uploaded on YouTube has gone viral, with over 5 Million views. In the video, he is sitting in the middle of his classroom, strumming and tapping his guitar so fast, you can hardly keep up. The music he makes is mindblowing, making you want to watch his performance over and over again. 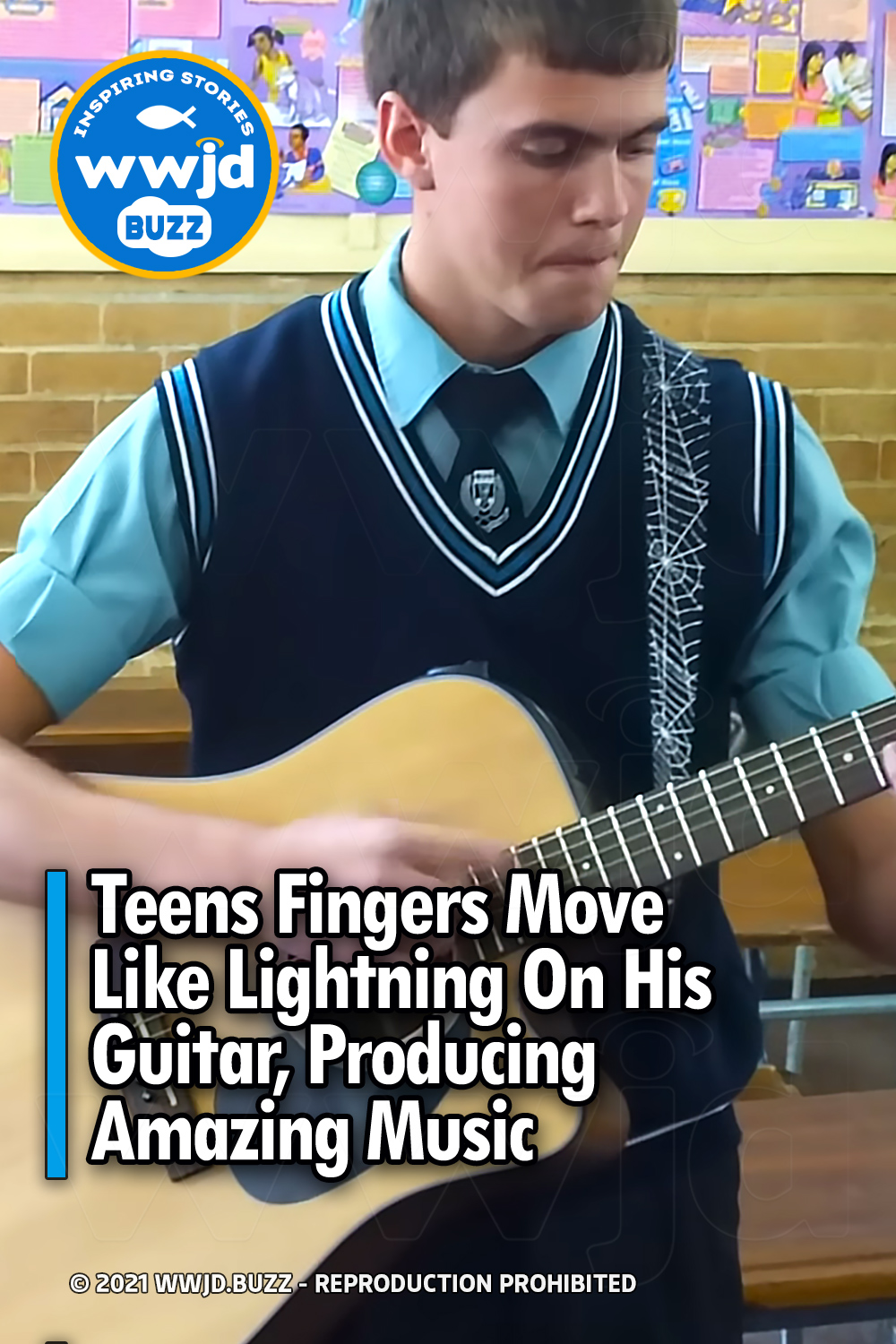